David opens up this chapter of Radical with a horrifying story.

In it, he relates how a seminarian from Indonesia (his name is Raden) was in a village where the local witch doctor challenged him to a fight. Even though Raden was trained in martial arts, he declined by saying “My God does the fighting for me.” Supposedly, at that moment, the witch doctor starts gasping for air and within minutes has “fallen over dead” (44). Raden goes on to use this as an opportunity to “share the Gospel” with the villagers. Everyone, as you might expect from these sort of “missionary tales,” converts on the spot.

Over the next page, David totally embraces the concept that God took direct action to literally kill a man so that Raden’s message would appear more powerful and convincing to the villagers. While he says that this isn’t a method we should try to duplicate (no shit, David), he doesn’t doubt that God did do this– which makes me wonder why he thinks this isn’t something we should attempt again? Apparently, the death of one man was worth it to God at least in that instance. Why not others? If God did it, why shouldn’t we “make pronouncements that lead to their deaths” (45)? The whole point of this chapter is that we’re completely ineffectual without God’s involvement. Isn’t it true from David’s perspective that if God did something– even when it looks like murder– it’s ultimately a good thing? “God is sovereign” and all that?

However, he doesn’t even bother acknowledging that question.

Throughout the rest of this chapter, David returns to one of the principle messages from chapter one– that the American evangelical church has adopted the “American dream” and strayed from our original design and purpose. He re-launches into this argument with:

To this point, we have seen how the American dream radically differs from the call of Jesus and the essence of the gospel. This differentiation is heightened when we contrast trust in the power of God with reliance on our own abilities. (45)

All I could ask was uhm… how exactly have we seen that? He’s ranted a bunch about how wealthy we are in comparison to underground house churches in Asia, and he’s condemned “the American dream” a bunch, and he’s ranted about what the Gospel really means a bunch, all without giving me anything truly concrete to work with. He doesn’t think easy-believism is the reality of the Gospel, and has shouted a bunch of Calvinistic stuff about how we’re sinners and God hates us, and he thinks padded pews might need to be tossed out to save us from our apathy, but … it all has just been a rant so far. He hasn’t put forth a substantive argument.

Here, though, he tries a little bit by giving us a slightly-less-fuzzy articulation of “The American Dream”:

… we can do anything we set our minds to accomplish. There is no limit to what we can accomplish when we combine ingenuity, imagination, and innovation with skill and hard work. We can earn any degree, start any business, climb any ladder, attain any prize, and achieve any goal …

The dangerous assumption we unknowingly accept in the American dream is that our greatest asset it our own ability … But the gospel has different priorities. The gospel beckons us to die to ourselves and to believe in God and to trust in his power. In the gospel, God confronts us with our utter inability to accomplish anything of value apart from him. (46).

Like him, I’m frustrated with the concept, largely because it’s a lie. My partner is an excellent example: he’s intelligent, talented, and a dedicated, earnest worker. He accomplishes a lot at his job, and is routinely recognized for his significant contributions. I’m proud of him, and he deserves every award, every raise, every glowing performance review.

At least four generations of wealth, prosperity, health, and education led to the place where my upper-middle-class white male partner is an up-and-coming leader in his department. That’s meritocracy for you: the prevalent belief that the rich and educated don’t help each other.

So yes, in a way, I share David’s frustration with the concept. However, instead of recognizing any of that, he slams to the complete opposite end of the spectrum: he believes in our utter inability to accomplish anything of value apart from God.

I really don’t want to live in David’s universe because it seems like a maddening, frustrating place. Through the next few pages he relies on the word desperation, saying:

… which reminds me of a conversation I keep having with people. If they’re approaching religion from a typical evangelical way of understanding concepts like “personal relationship with Jesus,” and they read my blog, they’re probably going to walk away from here feeling somewhat dissatisfied with my lack of … well, evangelical-ness. I’m not bursting with talk of how God has worked in my life, our recounting ways that I’ve been just so blessed. There’s no stories here about how the spirit of God moved on my heart, or how I was convicted or “given a word,” according to whatever parlance you’re used to.

So, from David’s understanding, no, I’m not desperate for the Spirit of God, but it’s not because I don’t think we should be. I just have a different perspective on what this means. In many ways– most ways, probably– I am extremely desperate. Desperate, at times, is the only word to describe what I feel.

Yes. Desperation is the only word that fits. And I pray. I do. I’m still uncertain what possible point prayer serves, but my soul eternally cries out to someone to just make this all stop.

But then I realize that the “someone” I’m asking for help is me. And it’s you. Unlike David, I don’t think we are “utterly incapable of accomplishing anything of value” without God’s direct intervention. I believe that God, unlike what David argues, uses likely and unlikely tools (53). Sure, they asked someone with a speech impediment to become a public speaker. But, they also asked Deborah to become a judge of Israel, and the record we have of her leadership is one of boldness, confidence, and competency.

Evangelicals like to tell stories like Gideon and Moses and Peter and Saul– the unlikely men, the people who seemed most unsuited for XYZ position. They embrace these narratives and argue that our abilities, our talents, are fairly irrelevant to God. In fact, the more pathetic and broken you appear to be to everyone else, the more likely They are to use you. Just to be sure that everyone “gets the message” that it only happened because God did that, and not because that person was smart and capable.

But what about Joseph, who was an excellent administrator? What about Lydia, who was a beloved community organizer? What about Phoebe, a proficient leader? Or the person(s)who eventually recorded the Gospel of John, a thematically beautiful written work?

All of this, to me, begs the question: what do people like David really mean when they say we can’t do anything “apart from God”? Do they mean that God gave us all the talents and abilities, so anything we do is ultimately their doing? Do they mean that God took direct action and planted the ideas for the granaries in Joseph’s head, a la The Chairman from The Adjustment Bureau? That God put the words in place before the author of John could write them down?

This is why I find these arguments frustrating. In a way, they’re unfalsifiable. Whatever David does mean by the “Spirit of God enabling us,” there’s nothing one way or the other that supports or disproves him. He can say literally anything he wants. 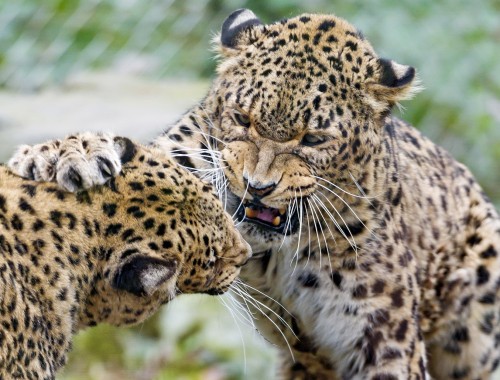