I’m a spiritual abuse survivor, fundamentalist cult survivor, abuse survivor, and rape survivor; I’m part of the LGBT community and, as a feminist, have experienced harassment, rape and death threats. Because I don’t have access to a decent therapist I’ve found myself dealing with all of that trauma primarily through online support groups. Over the past three years I’ve faded in and out of a variety of groups with a multiplicity of purposes, mission statements, and moderation styles.

Many of these support groups adopt the stance of being a “safe space,” a doctrine I almost always appreciate. I have to deal with biphobia, misogyny, and ignorant-though-well-meaning people who victim blame me almost everywhere I go, so it’s nice to be able to retreat into a bubble where that doesn’t usually happen and if it does the moderators deal with it so traumatized people don’t have to. I also take a firm stance in moderating my comment section here. Slurs , threats, or doxxing isn’t allowed, and if you don’t argue in good faith you’re going to be banned fairly quickly.

However, here and and in every other “safe space” I’ve inhabited, a question is inevitably raised: what does it mean to be a safe space? Each group defines their boundaries differently, and what I’ve seen happen is frequently not every member is going to be happy with those boundaries: either they’ll find them too constraining or not protective enough. For example, if I see someone comment on an article about a teacher sexually abusing over a hundred students with “that must be one incredibly promiscuous school” what should the standard of a purportedly “safe space” be?

Over the last year, though, I’ve been a part of a number of discussions about what constitutes a safe space, especially when the group in question has quite a cross-section of trauma survivors and individuals with different needs, such as being neurodivergent and/or mentally ill. Many of those conversations centered around what to do with people who are ignorantly reinforcing cisgender, heterosexist, misogynistic, racist, or allistic frameworks. A few main methods would eventually come out of that conversation:

To a certain extent, and depending on context, each of these arguments appeal to me. If you’ve been around as a commenter for a while, you’ve probably realized I favor approach #1 here: attempt to educate, then ban if necessary. Sometimes, though, I go with option #3, because hell no I will not tolerate someone referring to Syrian people as “rapefugees” and I’m not going to stop to “educate” them. I can understand the philosophy behind approach #2, even though I don’t think it ever works out in practice. #2 does insure that people that I might subconsciously want to ignore get to have their say, too.

However, at some point over the last few months I realized that I agree with approach #1 because I’m a Christian.

I talked about this concept some in my response to the GCN conference, and I’ve been struggling to articulate what I mean. Part of me recognizes the validity of approach #3, and I’ll continue to support people who are “raging against the machine.” I believe in #BlackLivesMatter, and I will continue to support their protests because they are disruptive. Shutting down traffic, disturbing mall shopping, sit-ins and marches and interrupting campaign speeches– all of it. Black men and women are being lynched practically every day by our police force and I would not dare to tell them that they are not responding to their rage and grief “appropriately.”

Or I’ll read “Nice Girls Don’t Birth Revolutions” and feel something inside of me exalting along with Alana Louise May when she says:

People are so conditioned they will die to defend the very system that has been abusing them,

Plotting their death before their very birth

That shit is sick

That shit is fucked

But then, a few days later, I’ll read “Words for Cutting: Why we Need to Stop Abusing ‘The Tone Argument‘” and nod along to Katherine Cross’s words all the way through it and then want everyone I know to read it, too.

I do believe that our involvement in systemic racism and misogyny and everything else needs to be communally repented of, that abusers need to be named, that victims like Nagmeh Abedini should be believed and protected and defended. That we should confront oppression when we see it, ignoring how the mere act of confrontation itself is enough for some to dismiss us as “abusive.”

But, as a Christian, I am personally called to a different way of being. Jesus asks me to put down my sword, to turn the other cheek (which is a radical act peaceful resistance), to embody the fruits of the spirit which are love, joy, peace, patience, kindness, gentleness, and self-control. If being a Christian means acting like Jesus, it means acknowledging that a soft answer turns away wrath, that I should have the law of kindness on my tongue.

There’s a mental separation I have to live with: as a public citizen, as a voter, as a member of interfaith communities and activism movements, I’m not a pacifist. I believe that mandating pacifism on oppressed peoples is another act of violence against them. I think that enforcing standards like “be kind” or “stay calm” or “tolerate ignorant shitheads” onto trauma survivors can re-victimize them all over again. I could not imagine a world where I would ever be kind to the man who raped me, and asking a victim to be “kind” or “loving” to their abuser is akin to sending them to the seventh circle of hell.

But, privately, I do not believe that I could take the life of someone else, even in defense of my own.

So while I do not think these standards– love your enemy, do good to those who hate you— should ever be something that is indiscriminately ordered from the top-down, I am becoming ever more convinced that I, personally and privately, should fully embrace these concepts. I should commit to if you can’t say anything nice, don’t say anything at all, which I still hear in my mother’s voice.

Jesus confronted those in power. He was direct, and powerful. He boldly proclaimed that some of them were vipers and white-washed tombs with nothing but bones inside. He was forthright with the Woman at the Well. He argued with the Syro-Phonecian Woman (eventually conceding her point). I don’t think that having the law of kindness on my tongue means that I become mealy-mouthed or impotent.

But, if I am to love my neighbor, it must include people I don’t agree with. Who are misogynistic. Who are biphobic. Who say ridiculous, harmful things to me that have me sobbing in my partner’s arms, or that leave me fragile and triggered and shaken. I don’t have to be the one who responds every single time, and if I can’t respond without hatred bubbling in my heart, without the temptation to wound them like they wounded me, then maybe I shouldn’t. 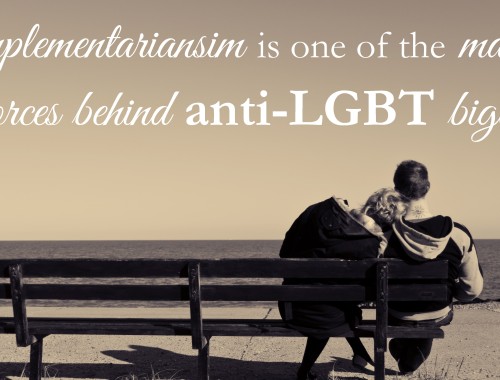