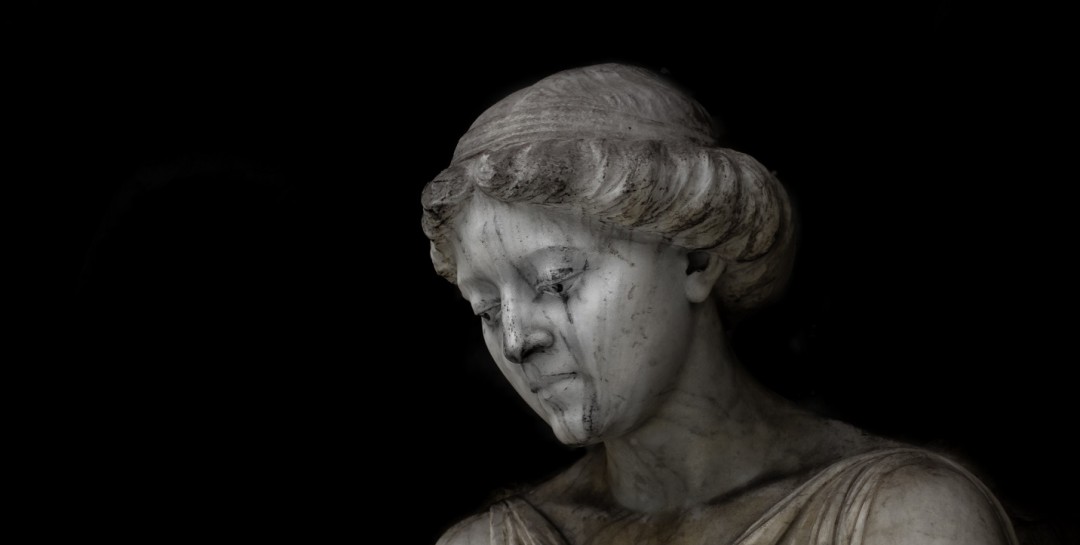 Yes, I’m leading with that because I might as well– it’s what the naysayers will swear up and down I’m arguing for in this post anyway, and I’ve already made my peace with it. Several men from inside my own progressive Christian camp have already tried to misrepresent my argument this way, and I know that it’s what the complementarians will start screaming if they even read it. So, I’m Andrea Dworkin-ing it up and owning it. My argument has already been labeled “unproductive” and “pointless” (by “feminist” men– are you surprised? I’m not), but I believe that what I’m about to lay out for you is critically important.

I think that it’s common sense for all of us to view sex on a spectrum. Many people don’t– even and possibly especially in feminist discourse there’s a tendency to mock and belittle “gray rape,” and for all the reasons for why they argue there isn’t such a thing, I tend to agree. But in many/most of the spaces I frequent, there’s a tendency to create a harsh and impassable divide between sex and rape, and it leads to this idea that what makes rape rape is obvious to anyone, and all those people out there who are “confused” are merely rapists-in-sheep’s-clothing or people who are aiding-and-abetting rape culture.

Because, when it comes right down to the bare bones of it, most of a woman’s sexual encounters with men are unhealthy, abusive, coercive, or, yes, even rape. And it is hard, and mind-numblingly terrifying, to stare at a world where most of our sexual encounters are not fully consensual and not be sucked into a soul-drowning abyss. So I’m going to lay out this spectrum and hopefully make the world a little bit brighter.

On the extreme end of the consensual side of the sex spectrum is “take-me-now-I-must-have-your-body-rip-all-my-clothes-off-and-fuck-me” sex. Consent is verbally given by all parties, it is communicated through body-language by everyone, and it is re-affirmed at each stage. It is obvious, and it is glorious, visceral, full-bodied consensual sex. No one at any point could even have doubts about whether or not they’re interested in sex right the fuck now.

On the opposite end of the spectrum is “stranger-danger-ski-masked-man-in-the-bushes-actual-cannibal-Shia-LeBeouf-look-he’s-got-a-knife” rape. The victim bites and claws and kicks and screams, but the rapist still brutally and violently rapes them, leaving them at the point of death. The victim immediately has zero doubts about whether or not what just happened is rape, so they go to a hospital, and in this perfect-victim story the staff finds all sorts of evidence and the DA presses charges and they’re locked away forever.

(Let’s just leave aside for the moment that even this undeniable example there are still cases where the victim is disbelieved, threatened, and even charged with making a false accusation. Rape culture is a bitch.)

Clearly, we all know that most sex and most rape does not look like these extremes. Most consensual sex does not look like the lead-up to a fade-to-black-scene in a romcom. Any person in a long-term relationship can tell you that. Sure, some sex is of that hot-and-heavy variety, but everyday average sex falls somewhere else on the spectrum.

In much the same way, the vast majority of rape isn’t even remotely like the “stranger in the bushes” scenario described above. It isn’t even usually committed by strangers, but by people the victim knows, and it usually isn’t violent in the way that leaves bruising or other visible marks.

For the rest, us sexually active folks can probably fill out the consensual side of the spectrum for ourselves. We’ve probably all had our “eh, why not, sure” moments when it comes to sex. I’m not arguing that all sex must be of the bodice-ripping variety for it not to be rape. Sex can be ordinary and ho-hum and still be perfectly consensual. I can’t get into all the varieties of what consensual sex can look like (especially inside a long-term trust-based relationship), or this will turn into a book.

However, I think a lot of the sex American women are having is not consensual. I’ve talked some about this idea before, but I want to introduce what I think could be a helpful term into the discussion:

I am far from the first feminist to propose this idea (see, notably, Andrea Dworkin’s Intercourse). However, I want to take this idea and apply it specifically to complementarian marriages– that’s the background I come from, and in my opinion complementarianism is the most pernicious, poisonous theology gaining steam in America. It is hell-bent on destroying women through stealing away their right to self-determination. Most importantly, the ideas they promote about sex are, and are intended to be, sexual cultural coercion.

I say this because “rape,” while absolutely a phenomenon that is (at least partly) created and sustained through culture, is not an act committed by some nebulous, abstract force. Criminally-prosecutable rape requires a rapist. In order for a sexual act to be rape, it must be committed by someone who overruled or ignored another person’s bodily autonomy.

For example, the first time he raped me, it was of the clear-cut variety (although, thanks to G.R.R. Martin, I now know that there are plenty of people who think saying “no, no, no please stop, no” can be “complicated consensual sex”). I said no. I said no repeatedly. Even though I spent the next three years utterly convinced that I must have done something to deserve it, that it was all my fault, that I didn’t know that saying no meant it was rape, supposedly the golden standard is “no means no,” right?

However, the second time he raped me, it was not that clear-cut. I said no. Initially. And then he badgered me and begged and whined and eventually threatened me … so I stopped actively fighting him off. I simply didn’t have the wherewithal to continue resisting, and I was horribly afraid of his threats. He’d hurt me in the past– I still have the scars to prove it– and my fear immobilized me.

He is a rapist. The first time he used physical force to rape me, the second time he used coercion (constant pressure, threats, emotional manipulation, verbal abuse). That second time is an example of personal coercion.

But what about cultural coercion? What does that look like?

A husband opens his bedroom and sees his lovely wife, the mother of his children, in their marriage bed reading a book. Her lamp is on, the light shining on her sunlight-made-corporeal-hair, her lips pursed in that adorable way she has when she’s reading a book she loves. He smiles, gets under the covers, and pulls her into his arms.

He kisses her neck and she laughingly bats him off. “I’m reading,” she says, but he can hear the smile in her voice. He nuzzles that spot right behind her ear that– yep, there it is. She giggles. “Oh, you, stop it.”

“But you’re just so beautiful. Sitting there reading your book.”

She huffs and turns to him, a smile twisting her lips. “I’m not going to finish this chapter, am I?”

He pulls her to him, and she responds …

Yes. Yes, I am absolutely saying that right there could be culturally coerced, non-consensual sex.

However, what I am not saying is that having sex with his wife in this circumstance makes this husband a rapist. It makes him the beneficiary of cultural coercion, which is a stark — and incredibly important– distinction.

In the scene I’ve laid out above, this husband and wife are complementarian. They attend a complementarian church, and she attends a weekly Bible study where they read books like Captivating and Lies Women Believe and Me, Obey Him? and Love and Respect and Real Marriage and all these books have told her the same thing: men, because they are men, require sex more often than women do. It is her wifely obligation, her duty to make sure that his sexual needs are fulfilled. If she does not meet his sexual needs, then any resulting pornography addiction, adultery, or any other sexual sin (and yes, horrifyingly, in complementarian culture this can include things like child sexual assault) is her responsibility. If he leaves her for a more sexually available woman, then the destruction of her marriage is her fault for not having sex with him often enough.

This cultural coerction– this pressure– is constant and unyielding. It follows her through every moment of her life, and it is present every single time she has sex. It is always there, always manipulating her, forcing her into sex she wouldn’t ordinarily have. Maybe that night she really wanted to finish her book– maybe it was an especially exciting battle scene that had her on the edge of her seat… but, instead, she does what she’s supposed to do. Sometimes, she’s willing and enthusiastic. But sometimes …. she’s badgered by an ideology into having sex she doesn’t want.

Her husband isn’t a rapist. But it doesn’t mean that the sex they’re having is consensual.

And this is where descriptors like “unproductive” and “unhelpful” started getting thrown around.

But — but … but that means that almost all sex that any man is having could be non-consensual! This is so broad it’s useless! You’re making a mockery of real rape!

In response, I shrug. Yes, it is broad. Sweepingly broad. Trust me, I am just as horrified and sickened at the prospect as you. However, our mutual disgust at the idea doesn’t make it any less true. If a woman is being compelled, against her will, by an abusive system like complementarian theology (and, let’s face it, American cisheteropatriarchy), then she is absolutely experiencing something that is emotionally indistinguishable from rape. It’s not criminal, and I don’t think complementarian men are all monsters (not that I think any rapist is a “monster“): however, it doesn’t make what is happening any less wrong.

And just because the sheer breadth of what I’m describing is utterly mind-boggling doesn’t mean that it’s “unhelpful” to talk about it. It just makes talking about it immediately and emphatically necessary. It’s buried bone-deep in our Christian culture. Removing it demands the fervent dedication of all of us to oppose it with all our righteous, soul-of-a-dragon fire and bedrock-steady resolve.

Sex in a complementarian marriage can be culturally coerced, and at those times is therefore indistinguishable from rape. The only difference is that instead of a mythical  man leaping out of a bushes with a knife, the “rapist” is the collective force of complementarian theology.

I’m not backing down from that.