This is a concept I’ve been wrestling with for a long, long time. In a way, I’ve written about it a few times, most directly here and here. I’ve heard similar thoughts from many women– in comments, in letters, in real-life conversations. Ever since I heard the term enthusiastic consent I’ve latched on to it as my basis for sexual ethics, as I strongly believe that the only sex that should ever happen is sex that all parties definitely and enthusiastically want. The only times I have sex with my partner are times when we both very much want it.

Because, honestly, I’ve always known that simply “giving consent” isn’t enough. There were plenty of times in my abusive relationship where I’d technically consented. Technically, what he did wasn’t a crime. But most of the time, when I technically said yes, everything inside of me was screaming no, no I don’t want this. Afterwards, I’d be left feeling used. Manipulated. Torn.

But … I’d said yes. So, that meant that everything was ok, right?

Last week, though, I read an article titled “Let’s Talk about ‘Consent‘” by Freya Brown. It’s long, and slightly academic, and I’m not sure I agree with all of her conclusions (and am also frustrated by the fact that she never offers an alternative model), but something she said in the middle section got me thinking. She’s discussing how some studies indicate that many women feel sadness, depression, or regret after sex, and that it happens often enough for us to ask why.

Growing up in the purity culture camp, I already knew what studies she was referencing. They’ve been cited in practically every sermon or book on the subject, and used to prove that sex outside of marriage is intrinsically bad for women– that without the comfort and security of marriage, a woman will not to be able to fully enjoy sex, and in fact, could suffer emotional and psychological harm. This interpretation has always set wrong with me, because I always thought why do these studies only show that it’s bad for women? Why do the same studies say that the only regret men have is not having sex more often?

Of course, the gender essentialist answer will be something along the lines of “duh.”

But that’s a blithe answer, and gender essentialism doesn’t really stand up under a microscope. So … why?

The answer Freya Brown gives is “patriarchy,” in a similar sense of how I think of makeup and shaving. I like wearing makeup– I enjoy the experience, the artistry. But one of the reasons why I like it is that it helps my face conform to Western beauty standards just a tad more; my eyes appear larger, my lips poutier, my cheekbones and jawline sharper.

In my life, I rarely wear makeup. I don’t feel any pressure at all to wear makeup when I leave my house, and anyone who thinks I look sick or dowdy or tired or unprofessional can go fuck themselves with a cheese grater. Same thing with shaving– sometimes I like the feel of smooth legs, but if I want to go the beach with hairy armpits and legs, then that’s what I’m going to do.

Sex, just like everything else, takes place in a culture, a system– a system dominated by misogyny and the subjugation of women to male desire and expectation. Personally, I only have it when I want it, but just like many women don’t feel comfortable leaving their home without “war paint” on (or are punished at work for not appearing “professional”), many women have sex under pressured circumstances.

The comment section exploded into a discussion of whether or not what happened was technically rape. With all the givens, some said absolutely yes it was rape, and some said hell no it wasn’t. What bothered me about that whole fiasco was that it happened along such divided lines– to these commenters, there seemed to be a mile-wide gap between sex and rape.

An article on a sex-ed website calls “grey rape” a “myth,” and says that “consent or lack thereof is really clear and intuitive.” In a sense, I agree. The difference between legal consensual sex and what will get you thrown in prison (if you’re reported and convicted, a big If) is clear. Couldn’t be clearer. If they didn’t agree, then you’re raping them and you’re committing a felony.

But there’s plenty of other times where someone says “yes,” especially in the bounds of a long-term relationship, but the sex that happens isn’t ideal, healthy, or what it should be. The biggest example that comes to mind is pretty much any woman in a typical Christian marriage.

One of the consistent messages evangelical women get is that they owe their husband sex, that his sex drive must be satisfied at any and all costs– that if she doesn’t fulfill her “wifely duties” her husband could fall into sin, either through pornography or adultery. She must give him sex under pain of a ruined marriage and destroyed family.

Even if any particular woman living under this framework says yes, and even seems to have a healthy, enjoyable sex life … how consensual is it, really? Under these circumstances, does she have an unfettered choice? Could she say “no” and escape the consequences of a manufactured penalty? Could she refuse without pangs of guilt, making her wonder if she had any right to say no?

Maybe. Maybe once, or twice, or rarely, or as long as he still seemed reasonably satisfied. As long as she felt assured she was performing her “duties.”

That is not what sex should look like. A long time ago, I watched a movie (I think it might have been Sunshine Cleaning?) where one of the main characters has sex with her boyfriend, and eventually gets so bored that she flips on the TV and starts watching something banal until he finishes. What I saw happening there wasn’t rape, but what I did see was a guy being a complete and total asshole.

Our culture, and especially Christian culture, is set up to make it deadly certain that male sexual needs and fantasies are consistently gratified. Female pleasure, and even female consent is broadly secondary– making sure we want it, that we’re invested, that we’re enjoying it, that we’re having orgasms, that we don’t feel pressured or coerced in any way … is immaterial to an awful lot of people. As long as he gets to orgasm, as long as she’s willing to “go along with it,” there are a staggering number of men willing to accept that. In fact, some numbers say that 58% of men would “force women to have sex.”

Sex should not be a “duty.” It shouldn’t be an act we feel obligated to perform for other people. It should never be manipulated or coerced. It’s hard for each woman, individually, to operate inside this system where we’re beaten down into thinking things like I have to have sex with him or he’ll leave me.

But we shouldn’t accept this status quo. As the magnificent and wonderful Nicki Minaj put it: “I demand that I climax. I think women should demand that.” That’s the attitude that should be accepted and normal. Consent is only the absolute minimum baseline, not the goal. It should be so commonplace for women to be comfortable, and happy, and trusting, and respected during sex that anything else would be as incomprehensible to us as building a bicycle seat out of a cactus.

All individuals have autonomy. This means that it is possible to give unpressed, uncoerced consent no matter your libido or current level of arousal. This applies to anyone on the asexual spectrum, as well. The point of the post is simply to examine some of the various ways our misogynistic culture or unhealthy relationships can apply pressure and make it harder for uncoerced consent to be possible.

I believe it is important for every woman to examine the reasons why she has sex, and if “because I’ll ruin my marriage if I don’t” or “he’ll leave me” or “he’ll make me miserable” or “it’s my duty” or “I owe it to him” are among those reasons, than that is something we should actively fight– in our own relationships and more broadly in our culture.

First Kiss: why rape myths are so dangerous 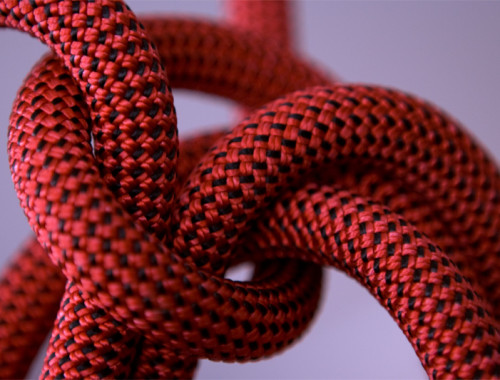