I Kissed Dating Goodbye: A New Attitude Toward Romance and Relationships by Joshua Harris originally came out in 1997, when I was ten and Joshua was twenty-three, although I didn’t read it until I was in college because my church considered him far too liberal. We followed something that has more in common with betrothal and arranged marriage than it does with Joshua’s vision of “courtship,” although we both called it the same thing.

I mention both of these facts because it makes two things very clear: Joshua was an incredibly young man when he wrote this, and this is book is not the be-all-end-all of the courtship method that some have made it out to be. There are as many different ways to “court” as there are people, and I don’t want anyone coming at me with “but this book doesn’t represent real courtship”– from either those who think he went too far or not far enough. I’m aware.

I’m also aware of the fact that a twenty-three-year-old is going to say some laughably naïve things about relationships, and I think that Joshua might be aware of that, too. I reached out to him and asked if he’d like to be a part of this review series, but since he’s in seminary now he said he couldn’t. Because of all of that, I’m going to do my best to keep in mind that what he said in 1997 may not represent his views now (although I am working with the updated 2003 edition).

However, it’s important to keep in mind that although he might have matured and changed, his book is probably the most popular book on courtship (and possibly on Christian dating in general) ever written, and it’s continuing to have an impact today. Goodreads reviewers have written “It just gives me whole new perspective between courtship, dating and in relationships” and “I wished to have had this book before I got married” and “Life changing” and “a must read!” as of last month, and on Amazon the recent reviews are even more glowing, including one that went up last week. Over 70% of the thousands of ratings this book has gotten are 4 or 5 stars, and it’s still relevant, still influential.

I mention all of that because it honestly surprised me. When you lovely readers suggested that I dig into IKDG, I was hesitant at first because I thought of it as a relic from my college days. Were people still reading this? I wondered … and it turns out, yeah. They are. And while mine won’t be the only critical review– there are plenty on Amazon and Goodreads– I think it may be the first in-depth review that gets down into the trenches and examines the details of what went wrong in this book.

I think that, like most of the other books I’ve reviewed, my principle problem with this book is a problem I have with pretty much any book in the Christian “self-help” genre, especially books in the “gender and relationships” sub-category. In short, when this appears on the first page, in the foreward by Sam Torode:

it’s a book about following Christ and what that means for all our relationships with others– romantic or not. Joshua writes, “Every relationship for a Christian is an opportunity to love another person as God loved us.” That sums up the book’s message Once we embrace this principle, the rest is just details. (8)

… I’m going to end up massively disagreeing because the rest is almost absolutely not “just details.” I agree with the idea that every relationship is an opportunity to show the love of God to a person. Of course I don’t disagree with that– what Christian could possibly say “no, relationships have nothing to do with us showing God’s love to people”? However, the rest of the foreward is dedicated to how he didn’t kiss his wife until they were at the altar together, and that’s a pretty significant detail. “Showing God’s love in my relationships” doesn’t necessarily equal “I don’t kiss my girlfriend,” but that’s an idea that’s going to get lost a lot in the next 200 pages.

Like on the next page: “This book tells you how to make your life pleasing to God– even if that means taking a break from dating” (9). Or the next: “I want to help you examine the aspects of your life that dating touches … and look at what it means to bring these areas in line with God’s Word” (10).

All the other books I’ve reviewed have done this: they continually conflate their ideas with “God’s will” or “what God wants for your life.” This is always done honestly– Stasi Eldredge and Nancy Leigh DeMoss and Mark Driscoll and now Joshua Harris are all convinced that they’re representing God and “wisdom” and “Christian living” and whatever else, and they’re doing their best to do that faithfully. The problem enters with their pride and arrogance, because they haven’t really asked the question “could I be totally, utterly, 100% wrong about this?”

I get that. I hadn’t either, when I was twenty-three. That monumental shift in my thinking, in admitting that I could be fundamentally wrong about everything didn’t occur until I was twenty-six, and I’d already been blogging here for a while. I spent a decent amount of time on this blog saying similar things– making proclamations about what the Bible really means and what God really wants. I still do it on occasion, if I’m being perfectly honest.

However, when what you think is right becomes a massively popular book that has done a lot of harm to a whole generation of Christians, then people like me should definitely spend some time kicking your pile of blocks over. 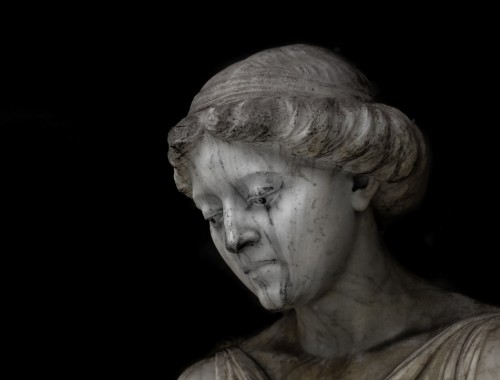