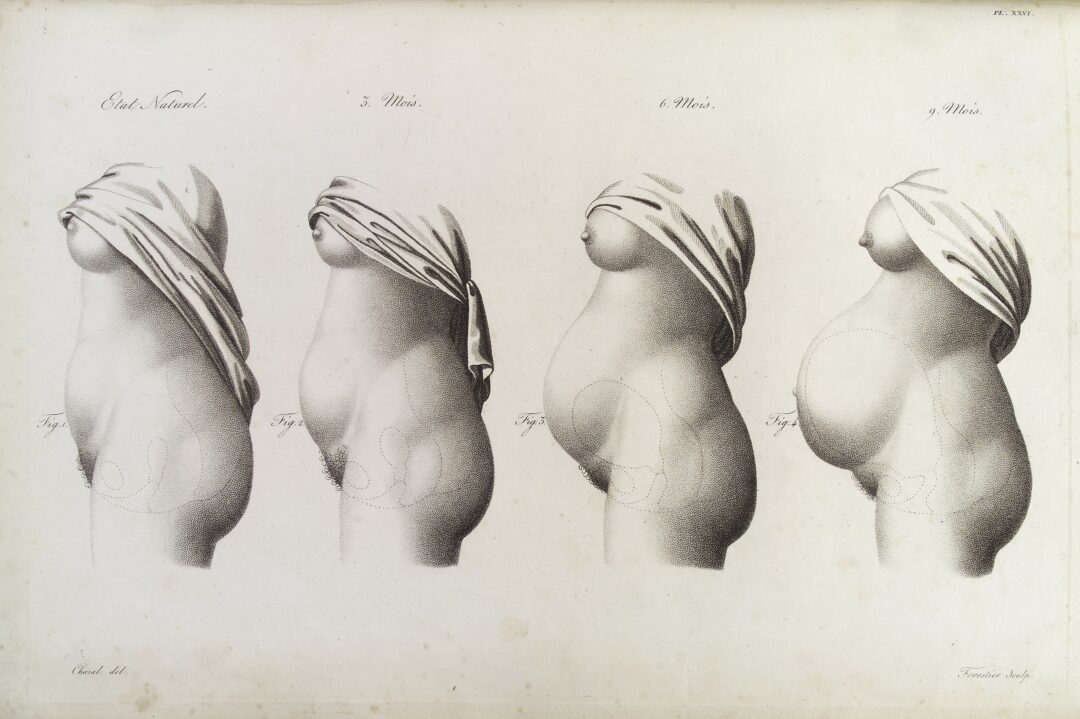 a womb by any other name

My partner and I have a perennial discussion about rhetoric, and how to use it. Surprising to exactly no one who knows us personally, my position is that shocking, jarring language can be useful when judiciously applied and his is that it’s extremely difficult — if not impossible– to persuade someone when they’re on the defensive. I rejoin with sometimes you have to jolt someone to consciousness and milquetoast, softening language can bury the truth under too many layers of put-upon civility, and then he comes back with how overt aggression needlessly gets people’s backs up and away we go in circles.

At this point, it’s a friendly conversation and we are getting better at recognizing it when it happens. Say, tonight for example. A friend of mine shared a post by Aayush Maurya about reframing “how we think about the uterus.” AJ saw it open on my desktop (including an image of the uterine reproductive system) and asked about it, and I related how much I enjoyed the post’s metaphor and language. One of the images Aayush uses is the uterus as a “fortress designed to protect the person from the developing cells inside them.” This sparked a discussion about biological reproduction and the terms we use for it.

Over the years, especially when I started trying to get pregnant in 2016, I’ve learned a lot about what reproduction looks like in my PCOS/endometriosis-inflicted body, and about the biological process works in general. Something I’ve noticed is that, as Carol Hanisch liked to say, “the personal is political” and the language we use around uterine reproduction is … fraught. I’m a cis woman, a mother. I’ve given birth. I’m pro-choice. While none of these identities are in conflict with each other, they do seem to come with different “built-in” (societally speaking) sets of language.

I adore divine imagery, metaphor, and language around giving birth, and love the sense of power it can help convey. Any time I look at my toddler asleep in their crib, there’s always the word miracle hanging just out of sight. I did that. My body made them. Holy shit. I am a goddess. When I was preparing for labor and childbirth, I surrounded myself with very positive, uplifting, encouraging messaging about my the capability of my body to go through something so intense and life-changing. I think that made a big difference when I was in the delivery ward at the hospital and well into my fourth hour trying to push  out a 10-lb baby who decided to come down diagonally.

I also have unabashedly used the word “host” to describe a generic, hypothetical pregnant person, and will do so in the future. I think it is incredibly important to be realistic about what pregnancy is biologically, to literally demystify pregnancy. In my case, in the years it took to become pregnant, I experienced several early miscarriages. Because of my political research, especially research into hormonal birth control, I knew that most zygotes fail to implant at all, and even after successful implantation, somewhere between 30-50% of those don’t progress. Based on what we know from IVF research, it seems like many attempts to combine sperm and ovum DNA result in abnormalities incompatible with life, and that’s a fact the uterine reproductive system handles well. There’s a tension between the needs of the host– yes, host– and the embryo and later the fetus. It is, biologically speaking, a combative relationship. Fetal cells will take everything they can, and the uterus is there, essentially, to stop that from becoming dangerous. Hence, the “fortress” imagery above. This was extremely comforting knowledge to me: I had not “failed,” I was not a “bad woman” for not being able to sustain a pregnancy– in fact, just the opposite. My body knew more than I did about whether or not that specific DNA recombination was a healthy one, and did the sensible thing when it wasn’t.

Later, when I did become pregnant, it was … unfun. Long story short, the placenta was freaking enormous, and it emitted a “we’re having twins!” amount of hormones. That was… I wish I could explain to y’all the itching because it was close to one of the worst things I’ve ever experienced. Months and months of my entire body feeling like it was covered in poison ivy blisters with nothing that could alleviate it, even for a second. Just. Ugh. Dear god. Nope. NOPE.

Thankfully, it is extremely unlikely that will happen a second time. Fingers crossed the same will be true of the six-month migraine. Honestly the worst thing about that was the boredom. All I could do was lay in the dark and listen to audio books and podcasts which I hate.

Anyway, in the midst of all of that, understanding how the developments happening inside of my body are, biologically, somewhat adversarial… it was helpful knowledge to me. It was good to know I couldn’t take frovotriptan for my migraine because that’s a vasodilator which would be an incredibly bad idea when a fetus and placenta are basically a little vampire shouting blooooood give me bloooood. I did not need to take medication that would open the floodgates on what is a precarious balance already.

Maybe I’m a weird sort, but having accurate language to describe this incredibly confusing experience is something I value.

The above is all “personal”– it’s my pregnancy and the language that was helpful to me as I experienced it. But, it’s also fundamentally political. Depending on how far this post reaches, people are going to get extremely angry that I’m using gender neutral language, that I’ve dared to use the word “host,” that I speak in practical, realistic, biological terms. That I do not appear to be mourning the miscarriages and have shrugged them off as natural.

I know many feminist women whose primary focus is on how the medical establishment has typically treated pregnancy, labor, and childbirth. I myself was very careful in who I chose as my medical provider, especially after an utterly appalling intake interview I had at one place. I took courses from these “rah rah pregnancy!” types, read their books. Their “pregnancy is not a disease” perspective doesn’t sit easily alongside my personal experience, though. I never glowed, I was rarely, if ever, happy or excited or thrilled about the pregnancy itself. I had no wooey woo feelings about it. It was drudgery, a means to an end.

I know other feminist women who don’t hesitate to use the word “parasite” instead of fetus– and while that takes it one teeny tiny stop too far for me, since it isn’t technically a parasite because it’s not actually a different species … I get it, and I don’t balk at the idea. In fact, I have found it useful on occasion, to break people out of their notion that I am a woman and have given birth and of course that means I understand the miracle of life. And yes, I do get it. It’s indescribable and awe-inspiring that my partner and I somehow together made An Actual Person who is sleeping upstairs. I obviously used the word “baby” and not “fetus” during doctor’s appointments. Also, yup a baby-fetus is a parasite that saps all your energy in the first three months, then all your nutrients in the next few, before finally bursting out of your vagina in a shower of amniotic fluid, meconium, and blood.

People really do not like it when you pop their mental image that of tender, nurturing, cooing, rocking, hair-stroking mother.

Except I’m both. I’m all of the above. Like everything else about the human experience, this is not either-or. A certain brand of pro-choice advocate will deal exclusively in the literal, the biological– they will shock and jolt and jar, and I will cheer them on. But I will never stop thinking of myself as a goddess, and pregnancy as magic. One of the better memories I have from my labor experience is how my hair splayed out on the pillow apparently made me look like Lynda Carter’s incarnation of Diana Prince to the nurses and midwives, and my interior damn straight you know I’m Wonder Woman. To others, however, I will always seem extremely brutal and callous, preferring medical accuracy and scientific distance over rainbows and unicorns. I will not shy away from the complicated realities of pregnancy, and will endlessly push them to take off their rose-colored glasses. I will always be both of these things– medicine and magic.

I was about to write “no one is wrong here,” except y’know the religious fundamentalists who want my country to be a theocracy ruled by a god they created in the 1950s. Cuz they’re always wrong.