As I mentioned earlier in this series, my partner and I have solid relationships with many people involved with our church’s leadership– both pastors and staff members. I’m grateful for those relationships, and for the trust we have, and not just because it’s enabling us to approach them with some of our concerns, but because this is the first time in my life I’ve ever been taken seriously by church leadership. It’s probably at least connected to being fully an “adult”: I’m married and attending a church where no one’s ever met my parents . . . but I also believe it’s because this church is actually different than other churches I’ve attended.

When I first found out that women weren’t allowed to serve on the elder board here, I was surprised. Shocked, really. I’d heard women teach in the main service, I’d seen women consistently teach  adult-level classes, and I knew that they had several women on staff– one as a pastor. To hear that they could do everything except serve as elder puzzled me. After I’d attended for a few months, I was sitting in a “get to know our church!” meeting, and when a woman next to me asked what their stance was toward women, the response included the word “forbidden.”

So, my partner and I reached out to a man we’d been working with for over six months and who served on the elder board, asking what the church’s official position was. What we eventually heard back was that they believed in compromise: that women could serve in every leadership position except elder. It was a divisive, contentious issue, they said, and since they hold to “in non-essentials liberty, in all things charity,” they didn’t want to “take sides.” This seemed the best way to do that.

You all know me– you can imagine that went over about as well as a lead balloon.

After several more months, after carefully watching and observing as much as I could, after interacting with as many people as I could find and talk to, and after doing as much research as I could, I realized that this church, as amazing as it is, had a serious problem with their view of women, and it was everywhere. It was in how the pastor addressed women in his sermons, how I was treated, how leaders engaged with women during volunteer meetings. It was in all the books they recommend for married couples, it was in listening to the people who led the married Bible studies, in hearing what the topic recommendations were for the women’s studies, and in hearing men talk about the women in their church, occasionally their wives.

No one knew to uplift and recognize women because it wasn’t happening.

The church leaders had decided that having women involved was nice, but not necessary. And it was affecting everything.

Which was why my partner and I eventually reached out to the same elder again; this time, though, instead of simply asking for this church’s position, we would be explaining our own.

The same day that I heard that women were “forbidden” from serving as elders, something else also happened. Handsome literally poked and prodded me until I spoke with one of our pastors– the man currently in charge of the youth program. I’d been ranting and raving about the messages young women receive from church and American culture about sex and “purity.” Handsome is always of the opinion that if you could be doing something . . . well, then, you should be doing something. I’d mentioned, rather off the cuff, that I’d like to talk to the teenagers at our church about sex, consent, agency, autonomy, etc, and he thought it sounded like a fantastic idea.

So did the youth pastor, coincidentally.

That’s how I ended up filling out a survey and giving the church my information for a background check, and why I ended up sitting in a classroom awkwardly listening to a lesson on the 10 Commandments (note: it was actually an incredible lesson), blinking sleepily under fluorescent lights, and hearing the bantering back-and-forth of teenagers. The youth pastor suggested that I get to know the kids before I come blustering into their lives shouting about vaginas and penises. Seemed like a good idea. I’m going to keep going to their class, hopefully become a familiar face, and be talking with the pastor about my lesson.

It’s an exciting process, and I’m looking forward to being able to share some of my story and talk to them about something powerful enough to change their life.

Handsome and I invited the elder to our home so we could talk, and I was nervous as all get-out for the entire day. In the hour before he arrived I thought I was going to be sick half a dozen times. I reached out to twitter, and everyone was amazing and supportive. Just so you know, hearing eshet chayil gets me RIGHT IN THE FEELS.

Once we’d all settled in after I had a really hard time engaging in the small talk (apparently, small talk is impossible for me when I’m nervous), we actually managed to have a conversation. The elder explained more about how the board functioned– what they do, what they don’t do. When Handsome and I started opening up about our concerns, he listened, but he also engaged with us, occasionally clarifying for himself something we’d said, other times explaining more about the elder board in order to ease our concerns some. I was able to get through more of what I was thinking than I’d ever thought possible– I had carefully honed my argument down to the bare minimum, but I was really able to open up to this elder and express most of what’s in my heart.

What happened that night is something I’ve seen play out many times during my first year on the internet. I know that The IntraWebs can be a messy, confusing, infuriating place most of the time, but I’ve been in small corners that feel more like living rooms. I’ve seen people disagree– sometimes heatedly– and come out on the other side . . . better. Sometimes, all an interaction meant was that you could articulate an idea better since it had been put against opposition. Other times, we all came together to overcome a communication barrier. Sometimes we learned– and sometimes the learning was painful.

This conversation was like that. It was people, believers, sitting down together and trying to figure out what we can do. It was good. It left me feeling very hopeful, and it ended with a promise that we’d get to address the elder board. 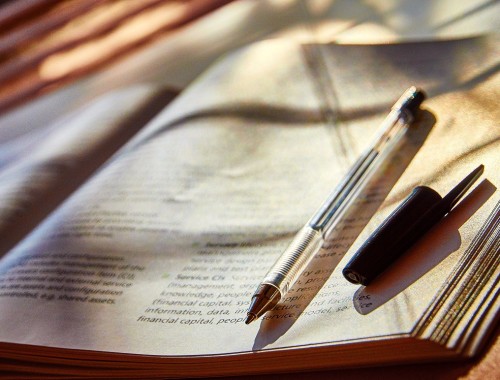 stepping into the future

learning to take care of myself