going to the Faire

One of my favorite pictures of my parents was from their honeymoon, a wallet-sized photo my mother kept in the bottom drawer of her jewelry box. They’d gone to a festival, and my mom had managed to persuade dad into dressing up as a Renaissance noble. It was something I couldn’t really picture my father ever doing, but it was an image of him that I carried with me: a knight-errant, carrying his lover’s favor into battle.

I don’t know if it was because of that picture, but ever since I was little I had a fascination for all things Medieval– bordering on obsession, at times. I developed a love for ancient English history, Arthurian legends, Celtic and Norse mythology. I read any book that I could get my hands on that had anything to do with Europe in the Dark Ages– fiction or otherwise. When I discovered fantasy literature… well, now, I basically don’t read any other kind of fiction. I sneaked The Chroncles of Narnia out of the library and hid them under the bathroom sink, reading them a few pages at time. I did the same thing with The Lord of the Rings. When I eventually read Harry Potter three years ago . . . I was instantly in love.

You’d think with that level of obsession, I would’ve known what a Renaissance Festival was, but I didn’t. I had some vague notion of what it was, but the only thing I really knew about it was that people would swallow fire and swords, and that was about it.

Until I met Maria*.

I was at a summer academy for a month, and Maria was the first person I’d ever met that shared my love of all things fantasy. There were some activities that required semi-formal wear, and she’d brought her Lady Guenevere-style gown. I had the biggest girl-crush on her, and probably followed her around like a lost puppy. She described the Renaissance Festival she performed at every year, and that’s when I was hooked.

I wanted to go to a Renaissance Festival.

But, I knew that a public event like that was off-limits. Between the possibility of seeing a costumed man shirtless and the public drinking, it was not a place good Christian girls like me went to. It just . . . wasn’t done. It was inappropriate.

Well, I finally went to one this last weekend. Saying I was excited about it would be an understatement. I was practically bouncing off the walls. I decided to dress up as a Romani– well, the Disney version of one anyway, since I already owned a few of the elements, including a crazy colorful skirt and a peasant-ish-looking blouse. I bought a few colorful scarves, some bangles, and gigantic hoops and called it a day. I also spent the weeks leading up to it watching way too many makeup tutorials on youtube. Which, seriously, some of those are insanely fun.

Also, the actual Festival was pretty darn incredible. The one we went to is located on a permanent fairgrounds, so all the buildings look period. There were well over a hundred vendors– one vendor, Feywood, was absolutely incredible. They make tables and lamps and chairs out of found wood, and it’s gorgeous. There was a haberdashery that made gorgeous lace-and-satin parasols, and one metalworker– Valkyrie’s Armourer— that makes custom Wonder Woman sets– crown, bracers, belt, and breastplate– and they’re amazing. There was some amazing head pieces that I tried on:

In the first part of the day, I saw a woman dressed in a beautiful velvet gown with an underbust corset, and I thought it was one of the most beautiful things I’d seen. When I saw it hanging in the window of another vendor–Moresca— I had to go in and try it on.

It was way out of my price range, but I felt like a princess just wearing it.

There were some fantastic shows, too– a sword-swallowing act, a joust, a hypnotist, a few comedians, and one of my favorite bands from Celt Fest was also there. It was a pirate-themed weekend, and some of the costumes were amazing. One man looked exactly like Jack Sparrow. I had to do a double take to make sure it wasn’t Johnny Depp. He got a lot of stares, I’m sure. Mostly I just had a blast walking around with people who loved something as much as I did. It was literally a dream come true.

So, what about you? Is there something you’ve always wanted to do, but were never allowed? Did you eventually get to do it? What was it like? 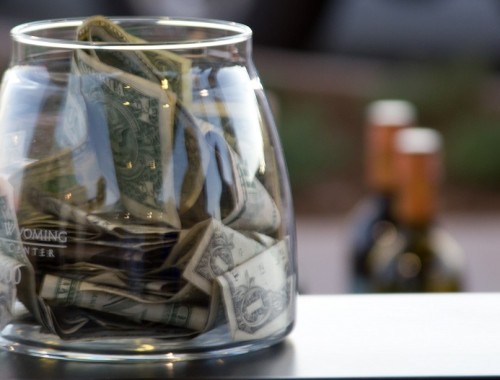 on contemplating tone and direction