hoping to help bring change at church, part one There’s been a lot of stuff written about us and church– if we’re going, why we’re leaving, what people can do to get us to come back, why we should just come back on our own. . . and there are as many different opinions about this as there are people writing about it. I’ve even written about it a time or two (ok, maybe three).

I spent a good chunk of time over my Christmas vacation trying to explain my frustrations about church to a few people from different generations– even people who aren’t “church people” and never have been. It’s a grueling thing trying to unpack it, and it can be exhausting just trying to dredge up all my thoughts and feelings and trying to present it in a way that someone else who doesn’t have these struggles can understand.

A lot of my energy, right now, is going toward — I don’t even know what to call it. “My church”? “The church I go to sometimes”? It seems like I haven’t been to church at all in months, and it’s been a mixed bag as to why. My health is a big part of it, but so is an overwhelming apathy on Sunday morning. But I am doing what I can in order for church to be a safe place for me to go.

I’ve had a lot of people tell me that I should either find a different church or just stop going entirely, and both options are incredibly tempting. But, there are reasons why I go to this church, even though it can be difficult at times. When I was talking about this process of trying to work with leadership in order to express my concerns and hopefully bring about change, however, this question frequently came up: “what will you do if nothing happens?”

I had to be honest. I’d leave.

And it would be because I’d be bone-tired exhausted. I would have fought as hard as I could for as long as I could, and in the end, if nothing happened, I’d be… I’d just be done. That would be it. I would have given my all, and I would have nothing left. Not even to try again somewhere else. My biggest fear is that I’ll spend the next months, the next year, doing everything I can, but that I’ll face entrenchment and resistance. That the leadership will do me the kindness of hearing me out . . . and then make it clear that nothing will change. I don’t know how I’ll really react if that happens. What I do know is that I’m already weary thinking about it.

But something that seems to have been a theme in a lot of the conversations I’ve had in the past year, in a lot of the articles I’ve read, what I’m doing — trying to help bring change — is expected of my generation. If we leave a church before we’ve gotten to the point that we physically cannot drag ourselves inside the building, then we just haven’t done enough. We haven’t given enough. If we leave before we’ve poured every last ounce of ourselves into our churches, then it just wasn’t good enough. We don’t deserve to complain, or criticize. We haven’t earned the right.

In some ways, I understand this sentiment. Throwing your hands up before you’ve even begun to try does come across as a little immature (which just plays right into how my generation is perceived. After all, we’re all a bunch of narcissists). But, this idea, I think, comes from a pretty basic misunderstanding of the critiques millennials tend to have about the American evangelical church.

When I hear people my age talk about the struggles they face with church, it’s usually after an entire lifetime of devotion. We’ve already poured nearly everything we had into our churches. We’re already exhausted, and the thought of facing elder boards and church leadership– of possibly, or even likely, being ignored and dismissed– it’s so far beyond our capacity. We’re already barely hanging onto our faith, and somehow we’re expected to show up, serve, and try to change church institutions that have been deeply engrained over thousands of years? We’re supposed to do everything we can to undo the rampaging damage of the Culture Wars? We’re supposed to hammer our swords into ploughshares?

And, it seems like, we’re supposed to do this on our own. We’re to face the bearded lion of entrenched and overwhelmingly powerful ideologies, to walk boldly into a den that has proven itself to be oh-so-nicely hostile to any sort of change.

I’m doing it. Most of my time today is going to be spent putting together presentations for my church leadership and the elder board. I am fully expecting this to take time, to be hard. I’m expecting a battle with depression and anxiety, to have to spend every single minute fighting with all of the well-trained impulses I have to remain silent for I am not permitted to teach. I have self-care methods already planned out– I am stocked up on coloring pages and fuzzy blankets and favorite shows and rooibos tea. I have Handsome by my side– an amazing man who understands my need for a support system before, during, and after.

But while I’m doing all of this, I know that I’m unique. That what I am doing is hard and I don’t even know if I’m going to be able to survive until the end. It doesn’t make me more brave, or more tenacious, or better in any way… it just means that I’m a little less exhausted.

Just because there are people like me, who are able to put in the hours, to take a few body hits, it doesn’t mean that anyone should judge my generation based on what I’m willing to do. I’m doing it because I’m able, and there isn’t anyone else here who can. That is not a reflection of anyone else– it should be nothing less than a reflection on the evangelical church culture. It’s not the millennials’ fault that, by and large, the American evangelical church is– and I’m not using these words callously– bigoted, racist, hateful, sexist, and deeply politicized. We didn’t make it that way. Our grandparents did. Our parents did. And the attitudes that seem to be firmly fixed in place aren’t going to change over night. We all know that. But, only some of us have the energy to fight.

This is the first post of a series on my efforts to help bring change to my church. I don’t know how long it’s going to be, or how many posts it will have. But, I do have a few reasons for writing about this process and then posting it on the internet.

First, despite the tone of this post today, I’m hoping for this series to be encouraging. That will be largely based on how my interactions with church leadership go, but even if they go badly I want to be hopeful, and to model hope. It would be amazing if someone with the energy and ability could read this series and try to do something similar with their church.

I’m also doing it in order for people to understand what it’s really like to go in front of church leadership, or an elder board, and advocate for massive changes. I’ll be telling my story of what it’s like– hopefully it could help the church leaders dealing with shouters-and-shakers like me to have more understanding of where we’re coming from and what we’re going through.

I’m also going to be hoping for input from all of you. I am young, which means that I have passion and enthusiasm to the point of being reckless. But, I have a lot of older, more experienced readers, and I would love for my energy to be molded and directed in the best possible way. I don’t want to just pick fights– I want substantial, essential, structural change. Being passionate and loud isn’t going to do that all on its own.

So, let’s see where this goes.

struggling to find a safe place in church

faith of our fathers 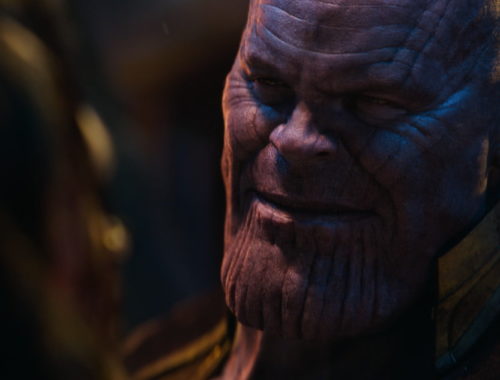