Today’s guest post is from Claire Jones, who blogs about feminism, theology, and the intersection of faith and everyday life at The Art of Uncertainty. “Learning the Words” is a series on the words many of us didn’t have in fundamentalism or overly conservative evangelicalism– and how we got them back. If you would like to be a part of this series, you can find my contact information at the top.

I was never really aware as a teenager that the church I grew up in was far down the conservative end of the evangelical spectrum. I just knew that we what we believed was right, and that most people who called themselves Christians were really only liberals, those people with compromised theology and a diluted gospel. I was sure I’d never end up as one of them.

Mine was certainly not an abusive church, and almost all of my experience of it was as a loving and supportive community. I still consider them my friends, my family. But no matter how warm and genuine the people, the ultra-conservative theology took its toll on me. It’s only now that I’m sorting through the messages I was taught, with the freedom to choose between them. And while I’m doing my sorting, my wondering, my puzzling, I’m claiming back the word safe.

It’s a strange word to me, because safe is exactly what that theology was supposed to make me feel. The formula was easy– if you’ve said your salvation prayer/invited Jesus into your life/given your life to Christ, if you’ve made that step– then you’re safe. I was on the inside. I’d said those prayers at multiple Christian conferences and festivals, just to make sure I really meant it each time. I grew in theological understanding quickly as a teenager, I read the Bible one-on-one with mentors, and went to group studies with older university students while I was still at school. I could articulate all the right doctrine, and argue well over difficult questions. I could share the gospel clearly and boldly, and annoyed my friends at school no end in my attempts to convert them. I knew all the right things and I did all the right things.

But there were two reasons why I could never feel really safe:

Firstly, I was troubled by the people who “fell away.” If Christians who’d said their salvation prayer were really safe for eternity, what happened to the ones who threw in the towel and stopped believing? It’s an age-old question, and I was usually given the age-old answers. If they stopped believing, they couldn’t really have been saved in the first place. If they were saved, they’ll come back. But only God knows the heart.

That answer satisfied me until I saw it happen to my friends, ones who I knew really believed at the time. Ones who were just like me. If they hadn’t been safe, how could I be sure I was? I sometimes wondered what life would look like if I stopped believing and concluded that I’d lose everything I ever knew; the idea terrified me. The only answer was to struggle really hard to make sure I kept believing all the right things and never let my curiosity and questioning look like doubt. I had to keep myself safe.

Secondly, there was the big issue of sin. And when I say sin, I mean sex. Because while I was good at evangelism and leading Christian meetings,  wasn’t too selfish or gossipy, didn’t drink or smoke, and was generally well behaved – my relationships with boys were the one area of my life that I was constantly confessing, repenting of, and feeling suitably guilty about. Sometimes I’d sit in church and be genuinely sorry I’d kissed so many boys that week. Sometimes I’d be having such a great time with a boyfriend that I couldn’t be bothered to feel guilty. Sometimes a youth minister or an older friend would sit me down seriously and get all the details out of me until I was as repentant as I should have been. It was such a running theme for so long that even now, whenever I hear of sin, repentance, or “parts of our lives that we’re holding back from God,” I can’t think of anything but my sex life.

In the context of the ups and downs of my teenage exploration and relationships, I could never feel really safe, because I could never be totally sure I was saved. In the language I knew at church, I was in “persistent sin” and had not truly repented of because I kept doing it. My life wasn’t showing the “fruit” it should have been, and I was warned a number of times over the years that I couldn’t be sure of my salvation if I wasn’t living a sexually pure life.

None of those things are particularly true, and yet I’m claiming my safety in the God I believe in, who loves me whatever I do, whatever I say, whatever I believe. I’m claiming my safety in the love of my family and friends, who seem pretty determined to share life with me whatever direction it wanders in. I’m claiming safety in the community of so many others who are also questioning, exploring, working out who God might be, if anyone at all, and who they are and who they want to be. I’m safe in myself, starting at last to trust my own decision making, my own sense of right and wrong, and my instincts about my boundaries.

Safe in being me. 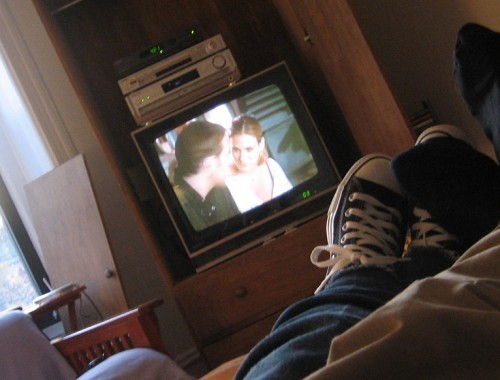 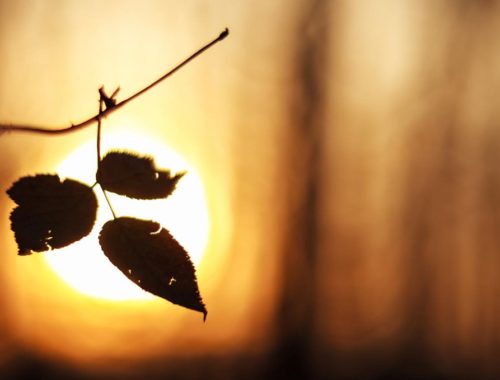