I knew before I sat down to read today’s chapter that it had been the one that people found controversial, but I wasn’t familiar with why it had upset some—and I have to admit that even after reading it I still wasn’t sure why it had apparently caused a hubbub. To me, it seemed as though Mark was toeing the conservative evangelical line pretty well. I mean, he was clearly “being Mark,” but he didn’t say anything that I wouldn’t have expected from a lot of other evangelical leaders.

No one had a good argument for why they thought that Mark should have condemned heterosexual married couples doing that sort of thing, but it was all rooted in homophobia—“but but but what if his wife stimulates his prostate and gasp he turns into a gay?!” seems to be the only thing these people have against it. Those reviews would have made me laugh if they weren’t so pathetic—seriously, I swear, that is not how sexual orientation works.

Those sorts of reviews had some secondary problems, like being against “cybersex” and the purchase of sex toys (it seemed they didn’t usually have a problem using sex toys, but how could you buy them without looking at teh pornz? To those people I say: you should go look up Adam & Eve).

Anyway, I came out on the other side of this chapter frustrated. Me and Mark have completely different guides for figuring out the answer to “can we _____?” but that should shock absolutely no one. His rule-of-thumb is “does the Bible explicitly forbid this? No? You’re good!”—and that did surprise me, because it doesn’t seem like the sort of argument an evangelical typically makes. There’s a lot of things the Bible doesn’t ever mention, but plenty of evangelicals extrapolate rules based on what they identify as “biblical principles.”

On a big-picture level, there are two glaring problems: the condemnation of all pain, and no real mention of consent.

I’ve already talked about the difference between pain and abuse, and why consent plays such an important role in that. But, one of the things that Mark does when he mentions pain is to conflate it with harm. In a way, I can see why people mix these two up, but it doesn’t actually make much sense. A really simple example is surgery: it hurts, recovering sucks, and the whole thing is pretty miserable. But, the doctor performing the surgery isn’t harming you. They’re actually helping. Pain with sex isn’t the same thing (there’s nothing like “if I don’t do this you could die” going on), but there isn’t a 1-to-1 correlation between pain and harm like a lot of people think.

The question shouldn’t be “does this violate your conscience?” but “are you into this?”

Arranging the conversation around the “does this violate your conscience” question implies that it would be the only acceptable reason to say no to a particular sex act, that if you don’t have a moral problem with something than, well, you should be willing to do it if your partner wants it, and that’s just ridiculous.

For example, there are very few things that involve sex with my partner that would violate my conscience, but there are many things that I have zero interest in whatsoever, and that is enough for him. He doesn’t need any reason beside “yup, not really into that, sorry”—and neither do I. Because sex for us is about having fun, and about making each other happy. If my partner doesn’t want me to do something to him, well, everything changes because if he doesn’t want it, than neither do I. The second I know he’s not interested, it’s not like I’m sitting there going “oh, I wish he liked this thing, because I really want to do the thing,” because sex is about us. There is no “him” and “me” during sex.

If he doesn’t like something, it means that I also don’t want it anymore, because what I really want is to bring him pleasure—and this is one of the biggest reasons why sexual compatibility is so important. There will always be these sorts of compromises during sex, but if you are going to be consistently disappointed because you want or need something that your partner doesn’t like … that’s inevitably going to be a problem. Not necessarily an insurmountable one, but I think it’s helpful to understand these things about yourself before you commit to one person for the rest of forever.

It’s a little ironic that Mark seems to have missed that train, since a big part of what he talks about is “becoming one.” I don’t know how it would be possible to have the mindset he presents all the way through this book and still “cleave together and become one flesh.”

But, Mark can un-ironically talk about “the sexualization of our culture” without bothering to even challenge it, and I think it’s because Mark likes it. At the very least, he needs it to be that way, since he became an incredibly popular speaker after preaching through Song of Solomon in the most lewd and crass ways imaginable. Without the objectification and sexualization of women, Mark would still be a nobody. 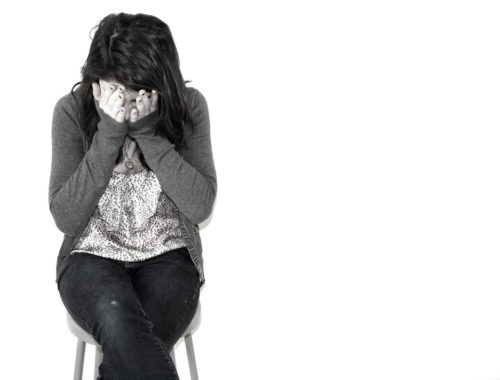