laughter and letting it go [at my wedding reception during my father-in-law’s toast]

If you’ve been around for any length of time, you probably know that I spent the majority of last week . . . well, pretty angry. And then being shamed and belittled for it. It was a difficult week for me– on top of all of what happened, two of my best friends are going through an extremely difficult time. So, by the time I made it to Thursday night, I was one big ball of emotion and utter exhaustion. I just wanted to go to sleep. I was puttering around before going to bed, and was chatting with a friend on facebook. She’s about to graduate from the college I attended for undergrad, and she told me that they’d decided to hire a man we both know for being… well, not to put too sharp a point on it, but he literally got his degree in Islamaphobia, no joke. So… I tweeted about it. (Seriously, you guys, twitter is like unicorns and puppies and kittens and so much awesomesauce it’s incredible.)

Let’s see… In 16 consecutive mentions, I was practicing “feminist rage” (not sure what that had to do with anything, but ok); I “struggle with reality”; obviously, all my claims are “suspect” unless I report my rapist (which I’ve never specified if I’ve done that or not, it’s really nobody’s damn business); I’m “pontificating” and “spreading misinformation” (his own website bio substantiates what I’d said); I’m “delusional” and I have OCD, and, apparently, the “docs have meds 4 me.”

I read these right before I went to bed. I rolled over onto my back and stared up at the ceiling. I was so utterly exhausted, I didn’t even really have the energy to react. I turned my phone off at Handsome’s suggestion . . . but I was emotionally unsettled. So I prayed.

I woke up the next morning . . . and, unexpectedly, it was hysterical. Seriously, his tweets were some of the funniest things I’d read on the internet– at least, it felt that way all day Friday. As I type this, I’m sitting here giggling. Every time I’ve thought about it, my lips quirk, I shake my head, and I laugh. It doesn’t hurt that his tweets were so far over the top that they made fun of themselves. I mean, who says that kind of thing outside of a roast or a comedy? It also doesn’t hurt that anything he had to say wasn’t new– I’d heard it all before. It wasn’t the first time I’d been accused of being crazy– but this time, it was out of the mouth of a fool. And I do mean fool in the biblical sense.

I shared what had happened with a few friends, we had a good laugh about it, I tweeted back at him tongue-in-cheek, and then I went grocery shopping. Handsome came home, we ordered pizza and watched Star Trek. Saturday and Sunday were equally as relaxing. We went to a museum here, got Starbucks, went out to the flight line… and through it all I laughed.

I’ve been thinking about these two emotions since then. The anger I felt earlier last week was justified, and I still believe it was appropriate and necessary. What I was reacting to was wrong— but I wasn’t reacting for myself. I was reacting, in anger, for every single person who’d ever been hurt like I had. I wrote what I did in order to help someone who’d been lied to the same way I had to recognize the wrongness about what was happening. My anger was not just an overly emotional reaction that was clouding my better judgment. I’ve calmed down since then– it’s only been a week, but when I think about it now, the only thing I feel is calm.

But just because I’m calm now doesn’t mean that my initial anger was somehow a less appropriate response.

And just because I can laugh and shake my head at the tweets doesn’t invalidate my anger toward David Cuff. One reaction is not “better” than the other. One reaction is not intrinsically more healthy, or more productive, than the other. Both responses, I feel, are the proper response to the situation. In one situation, being angry and bringing it to the attention of my readers was the only right thing to do. In the other situation, his tweets weren’t hurting anyone– they weren’t even hurting me. The only thing he was doing was clearly making an ass of himself. That doesn’t deserve a reaction besides laughter.

I’m learning, oh so very slowly, how to have emotions, and how to deal with them productively. I’m learning to recognize emotions for what they are– until a few weeks ago, I wasn’t even able to put a name to what I now know is anxiety. I can allow myself to be angry, and storm and rage and stomp and wave my arms and yell and clean everything in my house. I can be calm, settled, peaceful, and stand with my husband on the beach and watch a storm front come in over the Chesapeake Bay. I can even be happy. Allowing myself the full spectrum of human emotion is an ongoing process, and probably one of the hardest things I’ve ever had to learn, but I’m doing it.

do you have to be pro-choice to be feminist? 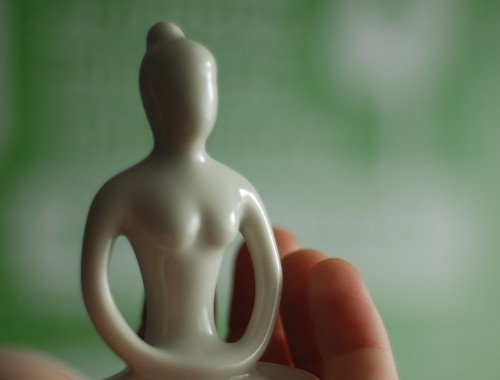