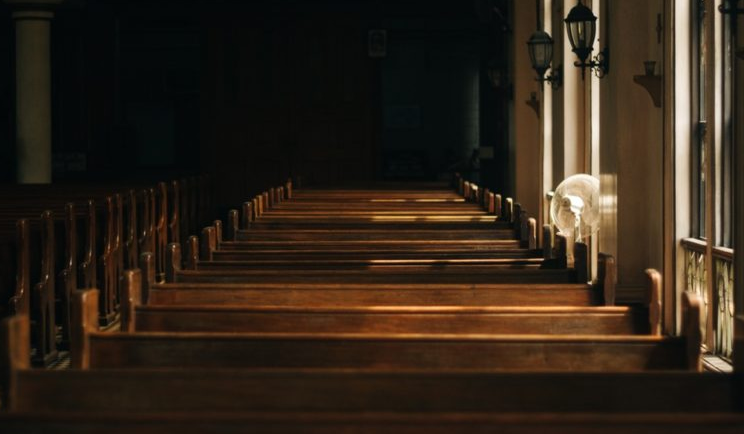 The Blessed Unrest: Black Theology and the Salvation of the White Church

Note: this is my term paper from a class last semester, Black Theology. The assignment was to write on “Black theology and the church,” and our primary text to engage was The Divided Mind of the Black Church by Raphael Warnock.

I’m telling these tears gonna fall away
May the last one burn into flames
Freedom, cut my loose
I break chains all by myself
Won’t let my freedom rot in hell.

No way to make the pain play fair
it doesn’t disappear
just because you say it isn’t there, so
When they ask why’d she go you can say ’cause
life in Eden changed

In the summer of 2014, I was invited to be a guest on BBC4’s Things Unseen radio program to relate my experiences in American Christian fundamentalism and with religious trauma. I recorded my segment several weeks before it aired, and while I knew that my story was meant to imbue some color into a program that was mostly a dry conversation among academics, I did not know who they would be or what angle they would take. One of the questions I answered was about my faith location at the time: was I still a Christian? Why? I became animated as I explained my encounters with liberation theologies and spoke of Gutiérrez and Cone. A few weeks later when I listened to the broadcast, I was surprised and dismayed by how the theologian responded: he was utterly dismissive. Liberation theology, he said, was not real theology, and Cone was too “narrow and limited” to apply to the Church universal. I knew immediately what I have only recently been able to articulate: the specificity, the particularity of black and womanist theological work is exactly what makes it a salvific gift to the white American Church. Black theology offers us a chance at redemption by offering an opportunity for critical self-reflection, revival, and social transformation.

Let me paint a picture for you then I’ll have to teach you to see it
~Sara Bareilles, “Eden”

The modern white Church desperately needs a reckoning. For centuries we have participated in an utterly corrupt system constructed around white supremacy, and it has grown into a beast so familiar we cannot even recognize how it has been twisted and malformed. A terrible reality is that we have inoculated ourselves effectively against criticism; we are no longer capable of growth or of living out what Jesus calls us to as his disciples. At this point, the white church is still the living embodiment of what Warnock calls a “racialized hierarchy within the body of Christ.” With all of our talk on “racial reconciliation,” an “emerging” church that “values diversity,” or of “missional living,” we still have not even begun confronting the realities of cisheteronormative white supremacist capitalist patriarchy embedded in the foundations of our churches.

However, black theology offers us hope if we truly humble ourselves, listen, and embrace a season of critical self-reflection. The words and lives of black theologians is a mirror to look at ourselves honestly and unflinchingly confront what appears. One of the first truths we must face is that “in the face of a determined, organized, and incorrigible evil, good intentions will never suffice for an authentic encounter with God.” White supremacy and racism is that “incorrigible evil,” and the white Church has spent the decades since the Civil Rights Movement attempting to cover it up with nothing more than good intentions. Instead of examining our institutions, systems, and hearts in order to flush out our communal sin and repent of the wreckage we cause, we turned to individualism and rhetoric to make ourselves as whited sepulchers. We have made racism a “heart issue” constrained to isolated people—and carefully selected a handful of phrases, words, and attitudes as the only permissible evidence of it. As long as we avoid saying (and we made sure racism is always about words, not actions) the N-word or anything about inferiority, to us our slate is clean. Black theology makes it clear that this is not enough. We must reckon with how we are a “co-opted church [which] knows only the cross of Rome, with its varying secretions of violence and victimization.” We have deliberately made ourselves forget the central message of Jesus’ ministry, which focuses on liberation, love, and healing for the wounded and marginalized. Black theology can remind us of what we lost. As J. Cameron Carter makes it clear—if we do not “receive the ‘new wine’ black Christians have to share” we will have “lost the chance of a lifetime.”

when you love me / you love yourself / love god herself
~Beyoncé, “Don’t Hurt Yourself”

The white church, because it has been consumed by racism, is stagnant. Its only institutional interest is how to maintain its access to whiteness, its source of power. Preserving that power requires massive investments into upholding the status quo, which means that the modern American white church is rendered incapable of growth. We cannot become more like Christ because we are cut off from any ability to change—we are beholden to a system that is focused myopically on replicating itself and nothing more. Without change, we cannot live. Without change, we cannot be revived.

Listening and self-reflecting on black theology could bring the revival we have been searching for. Black theology is an invitation to reexamine every area of our theology and belief systems, to evaluate what has born good fruit or bad fruit. Warnock highlights this invitation to revival in Martin Luther King Jr.’s work, showing how his “mass meetings and impassioned preachments … served as a catalyst for a tectonic shift in theological emphasis.” Rev. Dr. King urged us to reject a “dry-as-dust religion” in favor of one full of vibrancy and hope; he called on Christians to embrace a lived-out gospel driven by God’s call for liberation. White churches should renew their commitments to the central themes of our faith by seeing salvation, the Cross, and the Resurrection in the light of black theology. “The doctrine of salvation is the place to begin when speaking of the church’s mission because … the Bible … ‘introduces on practically every page the theme of salvation.’ … Communal liberation was the focus of salvation talk,” as Warnock makes clear. Brown Douglas speaks with power on the Cross, illuminating how “the crucifixion-resurrection event reveals … that God does not use the master’s tools. God does not fight death with death. God does not utilize the violence exhibited in the cross to defeat deadly violence itself.” And Williams shines a compassionate, multifaceted light on the Resurrection, arguing “the resurrection of Jesus and the flourishing of God’s sprit in the world as the result of resurrection represent the life of the ministerial vison gaining victory over the evil attempt to kill it.” We have an opportunity in black theology to become a new theological creature, to put off the old man and put on the new. As Cone put it, “To change communities involves a change of being. It is a radical movement, a radical reorientation of one’s existence in the world. Christianity calls this experience conversion.”

A thread woven throughout black theology, and Warnock’s The Divided Mind of the Black Church especially, is that the work of liberation is “not merely the work of a movement, but fundamentally the church’s reason for being.” The prompting I have felt throughout this semester is to “radically reorient” how I think of the function, purpose, and embodiment of the Church’s mission. If the church’s core task is liberation, I must ask, isn’t it also true that the Church is wherever liberative work is taking place? I believe that, guided by black theology, the Church should find a different mold and grow into a wholly new conception of itself.

Black theologians have generously put forward a vision for faith-based social transformation, one grounded in the experience of oppression and living on the margins. Through their work they have made it clear “Theology that is not lived is not theology at all.” Grant, in her essay the “Sin of Servanthood,” shows how easy it is for church folk and preachers to embrace a form of spirituality and piety that does not work for liberation: “to speak of service as empowerment, without concrete plans for economic, social, and political revolution … is simply another form of ‘overspiritualization.’ It does not eliminate real pain and suffering, it merely spiritualizes the reality itself.” We should move away from spiritualizing pain and suffering to actively working on a revolution that eliminates it. Our religion and faith should motivate us, like how Williams relates in stories of black women who “were not afraid to let their religions express itself in the rebellious action they caused.” She quotes Katz, noting “on many plantations, they kept the rest of the slaves in a state of unrest.” Her admonishments are pragmatic and embodied: “Fight, and if you can’t fight, kick: if you can’t kick, then bite.” Black people have been creating and recreating the church on the margins since they were forced through the middle passage. Martin writes about one way this is currently happening, showing “the dance clubs have become spaces for reclaiming fragments of their traditional faith.” Each of these writers demonstrate the life-restoring beauty and particularity of making Church happen wherever we are. 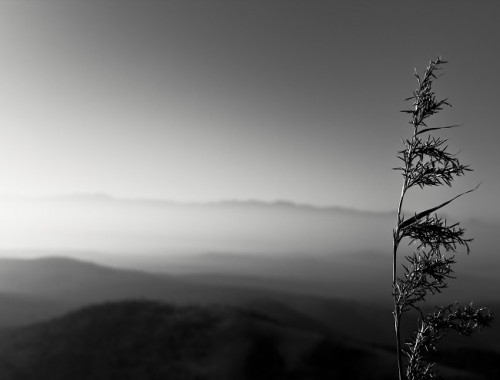