I think dividing up the review by the various “Lies” Nancy uses worked really well last week, so I’m going to keep doing that. Sorry for the irregular posting schedule as of late– it’s been an interesting few weeks, but I think I’m back in the flow of things now.

What intrigued me about this chapter– “Lies Women Believe About Sin”– was that Nancy never actually got around to defining what she believes sin is; all through these pages, she just assumes we all know what she’s talking about. In a sense, she’s probably right, as most evangelicals probably share her nebulous understanding of “sin.” I don’t think I ever really examined my definition of “sin” when I was a fundamentalist– it was just this concept that encompassed all the things I wasn’t supposed to do.

However, Nancy does give us some hints to her perspective. She gives us two lists: one includes “worldly philosophies, profanity, immodesty” (94), and the other includes prostitution, abortion, homosexuality, embezzling, wasting time, self-protection, talking too much, gluttony, having a critical spirit, overspending, fear, worry, selfishness, and complaining (99).

It popped out to me that what Nancy considers “sin” is extremely subjective, and not something every Christian thinks of in the same terms. For example, I and many others don’t believe that homosexuality is a sin, and my eyebrows are always in my hairline when I see things like complaining or a critical spirit show up in these contexts, as they’re almost always silencing tactics. Nancy would probably look at my writing and conclude that I am sinning by having a “critical spirit,” but I look at the same thing and think that I’m “exposing the works of darkness.”

I’ve talked before about how my view of sin has shifted from “list of things I’m not supposed to do,” to something broader. Now I define sin by two questions: is this action loving, and could this in/action cause harm? If I read this chapter through that lens, I actually find myself agreeing with Nancy a good bit. I do believe that sin can destroy, produce fear, and break God’s heart (98). However, unlike a list that includes “wasting time” and “worry,” I have one that includes “white supremacy” and “ableism.” I believe Christians are called to a life of repentance and transformation, but I’m no longer bogged down by the pettiness of worrying about “immodesty.”

MY SIN ISN’T REALLY THAT BAD

Nancy’s explanation for this supposed “lie” is what I and some others refer to as “sin-leveling.” A recent example of how some Christians tend to do this is in how a bunch of people wrote about how “we’re all like Josh Duggar.” I even had someone on my facebook page tell me that “no person is better than any other” on my post on the subject. Personally, I believe this concept is one of the more dangerous in evangelicalism: not all sin is the same. Me becoming upset and saying something ugly to my partner, while wrong, is on a completely different scale from rape and abuse.

Some people, including Nancy, try to make this go away by putting it purely in theological terms, like this:

The way to see the Truth about sin is to see it in the light of who God is. When we gaze upon the brilliance of His untarnished holiness, we become acutely aware of the hideousness of our sin. (100)

They’ll try to argue that all sin is the same in God’s eyes, but that while we’re on earth we have to have a “punishment to meet the crime” system that recognizes that some actions have more serious temporal consequences while still asserting that all sin has the same theological consequence: separation from God.

As we can see from the multiplicity of “there but for the grace of God go I” posts about Josh Duggar attacking his sisters and their babysitter, it seems safe to say that this attempt to differentiate between temporal and theological consequences has broadly failed in evangelicalism.

One of the common themes I’ve seen woven all through the books I’ve reviewed is that each author seems particularly blind to the damage that Christian culture can wreak on people, like here:

But I think that what many of these women are really saying is that they have never been able to feel forgiven for what they have done. They are still carrying a sense of guilt and shame over their failure. (101)

Passages like these are ironic, because Nancy is blind to how books like hers contribute to this problem: Christian culture is guilt-based. Unlike an honor-shame culture, which controls people through a focus on outward appearances and acceptability, a guilt society gives certain people (like Nancy) power because they are the arbiters of guilt and innocence. For example, sex is always bad except when you’ve been married in the Church. Or, we’re all born sinners, and the way to escape Inherited Sin is to Accept Jesus Christ as your Personal Lord and Savior, like what Nancy does here:

I often receive notes from women who are wrestling with doubts about their salvation … I believe that is because they have never truly repented of their sin and placed their faith in Christ alone to save them. (110)

According to her, Nancy has the only way to stop feeling guilty. She also gets to decide that these women were “religious” but not “righteous.” She may talk a big talk about not wanting women to feel guilty, but without it, this book wouldn’t have sold a half-million copies.

I AM NOT FULLY RESPONSIBLE FOR MY ACTIONS AND REACTIONS

And by “fully” she really means “solely” (105). This section I’d have a problem with, no matter the definition of sin we’re working with.

I’m white. That means in the culture I was born into, I benefit from and unconsciously contribute to the systematic enforcement of white supremacy. It is my responsibility to do everything I can to dig out the racism I’ve been steeping in since infancy and that when I do or say something racist I am to blame, but I am not solely to blame. I did not single-highhandedly create a system of institutions that give me advantages while enslaving others.

However, people like Nancy don’t like thinking in terms of community, culture, or society. Christianity in America is a cultural product of the Scottish and American Enlightenments, which place an undue emphasis on the needs and responsibilities of the individual. Many evangelical leaders are comfortable believing that we are responsible for our individual, separate lives, and that it’s possible to think of ourselves that way: as unique, as separate. They don’t want to recognize the reality of systems that affect us– systems like patriarchy and white supremacy, largely because the vast majority of Christian leaders directly benefit from those systems.

I CANNOT WALK IN CONSISTENT VICTORY OVER SIN

This is the last place where Nancy gives us a hint about what she thinks of as sinful: she frames all sin as an interplay between the flesh and the spirit. Giving into the flesh is sin, while ennobling the spirit is good, like so:

The Spirit says: Spend some time in the Word and prayer.
The flesh says: You’ve had a long day; chill out in front of the TV for the evening. (107)

Unfortunately, the logical outcome of this framework is asceticism. “The flesh,” in evangelical parlance, is an umbrella term for anything that feels good, and this concept is from Gnosticism or dualism, both of which are usually condemned as heresies. The false dichotomy between “flesh” and “spirit” that Nancy is advocating for here is one that has plagued the Christian church for centuries and seems unlikely to die anytime soon. I’ve written about overcoming this duality, and learning to recognize that my body is a part of the Imago Dei has been one of the most important steps in my healing and recovery.

So, not the most infuriating chapter I’ve read so far, but still… damaging and dangerous. Good news, though: we’re over a third of the way through the Lies Women Believe review! 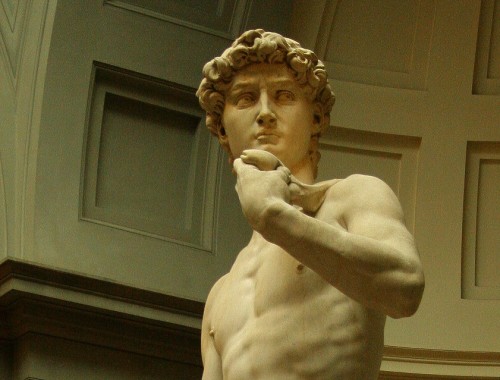 my body is good: Christianity’s problem with dualsim