Thankfully, I think we only have this week and next week and then we’ll be done with this book. One of my biggest complaints today is that this book wasn’t edited– only proofread. There’s not a lot of development to this book, and Tim has a tendency to repeat himself. This chapter– “Ten Steps to Victory Over Depression”– barely contributes anything new to the book.

A few interesting things happen, though. In a previous post I’d mentioned that Tim’s language surrounding his “self-pity” concept echoes how evangelicals typically talk about “bitterness.” However, in this chapter, he just comes right out and says it:

By gaining the ability from Him to forgive her parents, she removed the root of bitterness that had immobilized her for years. (193)

He spends a lot of time talking about bitterness in this chapter– all of the examples he gives are people he thinks of as “bitter,” but, once again, he completely and totally ignores the realities that abuse victims have to face every day. Infuriatingly, he even dismisses one woman’s experience as being imaginary. This woman says that her mother “smothered and dominated” her “every decision,” but Tim overrides that opinion and says her mother was just a struggling single mom who got a little over-protective and she’s just imagining her problems because some guy who took a psychology class told her she had them (200).

I’m not even shitting you. This woman came to him, described an extremely controlling home environment, and Tim says she made it up. I cannot even imagine the re-victimization and trauma that he has put these people through. He has an extremely misogynistic opinion of women: this chapter included examples of five women who were 1) vain, 2) a bad mother, 3) liars, 4) gossips, and 5) nags. He even praised a HR executive for basing his hiring decisions on the submissiveness and gentility of the men’s wives (203)!

The book might have gone flying a few times today, especially when I got to this:

If the individual is aware of your resentment or bitterness, apologize personally if possible or by mail. Admittedly, this is a very difficult gesture, but it is essential for emotional stability. (199)

If I were being counseled by Tim, he’d tell me that I must contact my rapist and apologize to him or I’ll never have emotional stability and “spiritual maturity” (198). This shit is fucking dangerous. I go out of my way to make sure that he can’t find me. I don’t have my location anywhere– not on Facebook, not on Twitter, not on LinkedIn. I don’t connect any of my accounts to my phone number, no matter how much Google and Facebook pester me about it. I ask people who take pictures of me not to tag the location on Facebook. I not only blocked him on every platform I have, I also blocked everyone he knows. I maintain this blocking religiously. I have cut off contact with friends because they were still mutuals with him.

And Tim would tell me I’d have to undo all of that. Sweet mother of Abraham Lincoln.

But, the biggest problem with this chapter is that he emphasizes, once again, that all anyone really has to do to overcome depression is give thanks. If we just inculcate a “spirit of thanksgiving” and maintain a “thankful heart,” then everything will be fine and our depression will go away.

Except that’s just plain not true.

When my rapist ended our engagement three months before the wedding, one of the things he told me (besides “I can’t trust that you’ll be a submissive wife”) is that I am a “persistently negative person.” Believing my rapist to be a better judge of my character than I was, I made it my New Year’s Resolution to find something every day to be thankful for, no matter how small or big. I did this publicly; every day I would post a status update that began with “happiness is” and then finished it with something like “snickerdoodle coffee!” or “buying another bookcase!” or “being accepted to grad school!”

That year was the worst depression I’ve ever had.

This past winter was a struggle because of depression, as well. But Handsome could tell you that at the end of every day when I would be laying in his arms while we watched Gilmore Girls, drinking tea, that I would look up at him and say something about how blessed my life is, about how grateful I am for my life with him, that there were so many moments in my life to be thankful for– even in the midst of gut-wrenching despair and grief. I have never ceased being thankful, mostly for the small things. Vanilla beans and carmelized onions and buttermilk pancakes. Munchkin games. Moonlit strolls in the woods. Soft pine needles. Ocean spray. Swimming pools. Pride parades.

I’m still depressed, though. It’s getting better now that summer is here, finally (thankssomuch seasonal affective disorder), but all through this winter I was thankful, and it didn’t matter. It didn’t change how my body and mind responded to the darkness.

I think if I was ever Tim’s patient and I tried to take him seriously, I probably would have died.

In much happier news– remember the poll I did before I started How to Win Over Depression and Francine Rivers’ Redeeming Love was neck-and-neck with Tim’s book? Well, a good friend, Dani Kelley, decided to take on her own review series. Redeeming Love was one of her favorite books as a teen and young woman, so I’m very much interested in her perspective on the book now that she’s come out of purity culture and fundamentalist Christianity. I didn’t read it until after I was already a feminist and critical of purity culture, so I think Dani’s take on things will be more valuable than mine.

My plan is to cross-post her review series every Monday starting July 6th, and I’ll be reading along with her and adding some of my own thoughts. Comments will be closed on those posts so that we can keep the engagement in one place on her blog (which is fantastic and y’all should be reading it if you’re not already). 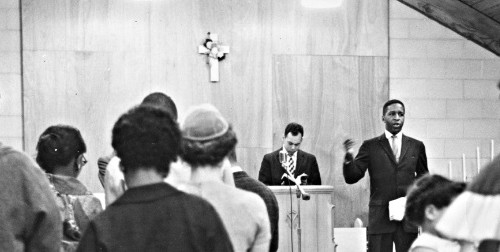 why do I still go to church?