I’ve been hesitant to write about this particular issue because it is, in part, a response to the church I attended with my partner for almost two years. What I’m going to write about today is the single biggest reason why we left that church, and one of the more frustrating things I’ve experienced in other Christian communities since. I haven’t wanted to write about this because I still value my relationships with people who attend, serve, and lead at this church, but I now believe this is a significant, wide-spread problem worth addressing.

I’d been attending for a long time when Handsome suggested that we go to the “Getting to Know Us” session held after the later Sunday service. Most churches have something like it– a way for new people to ask questions and get a feel for the beliefs and mission of the congregation. I wasn’t really keen on going– I felt that I was already familiar with what they’d present, and plus, we were friends with elders and pastors so if I had a question I could just ask them.

Eventually, though, we went, and a woman asked the person directing the session– one of the senior pastors– what their stance was on women in leadership. I perked up, because I wasn’t really sure myself, even though I’d been attending for a while. The pastor responded that women could serve as junior pastors (read: youth pastor, children’s pastor) and fill any other serving or staff position, but they could not be an executive/senior pastor or an elder. When she asked him why, his response was that forbidding women from being an elder or pastor was the “biblical” position, but that the leadership had decided to “take the middle ground” on other leadership positions.

I was grinding my teeth for the rest of the day. When I confronted another elder about what he’d said, the elder explained that the pastor should not have said that his opinion was “biblical,” and that taking a strong stance on anything was anathema to the vision of the church. They worked hard at creating an “open” atmosphere where disagreement is “welcomed,” that the elders did their best to guide the church by the motto “in essentials, unity; in non-essentials, liberty; in all things, charity.”

For a while, this was a position I liked. I was heartily sick of churches proclaiming that they’d discovered the One and Only Correct Theology and Way of Living, so being at this church was like a breath of fresh air.

Except, after two years, it became increasingly obvious that this church was not actually open and disagreement was not actually welcomed. Gay people were brutally condemned from the pulpit like clockwork every year, women who’d had sex were called “dirty shoes” and “used toothbrushes,” the pastor made jokes about abusing week-old infants, and complementarian messages about marriage and leadership were intrinsically endorsed (a woman could “speak” but they always said something about being “spiritually covered,” all the marriage sermons were complementarian, and the married small groups all used Captivating/Wild at Heart or other, similar books).

Anytime I raised a concern about one of these things, the same exact thing happened: the leadership would circle the wagons, defend their positions and protect the pastor from any criticism whatsoever. On one occasion, after the pastor had victim-blamed abused women for the third week in a row, my partner confronted him after the service. The pastor’s response: that “real attenders would know what he meant.” To my partner, who had served on the Sound Team, the Pit Crew, and as small group leader for three fucking years. He’d be at church at 5 or 6 am every single Sunday, and yet was not considered a “real attender” by this man.

We tried to stick it out for another six months after these problems really started rankling us, but it became crystal clear that the staff was not interested in feedback or criticism. We tried to convince various pastors and elders that their “non-position” on women in leadership was actually a position, but they didn’t take us seriously. They were invested in their “middle ground” and that was that.

A year after we left, this came through my news feed:

A pastor friend of mine asked a question: do churches that become LGBT affirming see growth in numbers or decline in numbers? As a church planter and someone reading about being affirming this is important to him.

I was instantly seeing red, and suddenly, something crystallized for me.

The “middle ground” is a way for people who don’t really want to admit to being sexist or homophobic bigots to look and feel like they’re really Nice Christians™. The church we attended didn’t want to admit that their position is misogynistic, and they used “Third Way” and “Middle Ground” as a cover-up. This pastor friend-of-a-friend wasn’t genuinely interested in being affirming to LGBT people– he just wanted a popular, well-attended church and somehow sate his conscience while making bigots feel right at home.

See, this is what happens when you try to inhabit a supposed “middle ground,” when you try not to “take a position” on something that fucking matters like whether or not you’re anti-woman or anti-LGBT. Don’t want to take a position on exactly what is going on during Communion– sure, fine, whatever. Don’t want to get dogmatic about what exactly Revelation means? Have at it.

Think you can just skirt around patriarchy and homophobia? Not going to happen.

At the church we left, by “compromising” on women in leadership, the flashing-neon-sign of a message they’re sending their congregation is that being misogynistic is an acceptable position that can be supported by Scripture. By embracing a false “middle ground,” they are implicitly endorsing a view of the Bible that subjugates women while simultaneously telling us that women are not important enough to fight for– or even take a damn stance for.

This pastor fellow, if he decided to keep his mouth shut on being affirming (if, indeed, he actually is), is sending the same message: your homophobia and bigotry is welcome here. We will not confront your hate. Our “numbers” and “attendance” are more important to us than LGBT people.

Currently, this is also the reason why Handsome and I are not attending a traditional church (we do have our small group every week). The best I could absolutely hope for in this area is the local ELCA church where the pastor swears up and down that he’s affirming, but when I asked him what he’d do if a fellow congregant said something hateful to my face, he said “nothing.”

The “middle ground” is nothing more but a retreat into fear. It’s the concession that something else is more important to you than defending oppressed and marginalized people. 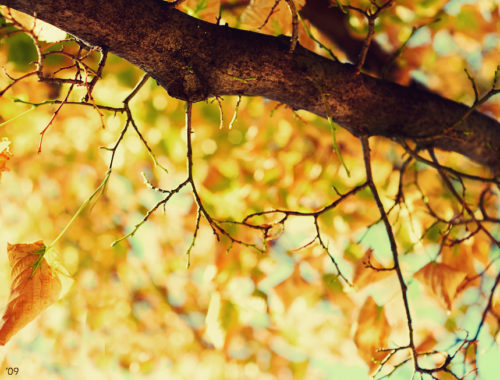 an average homeschooler: the beginning