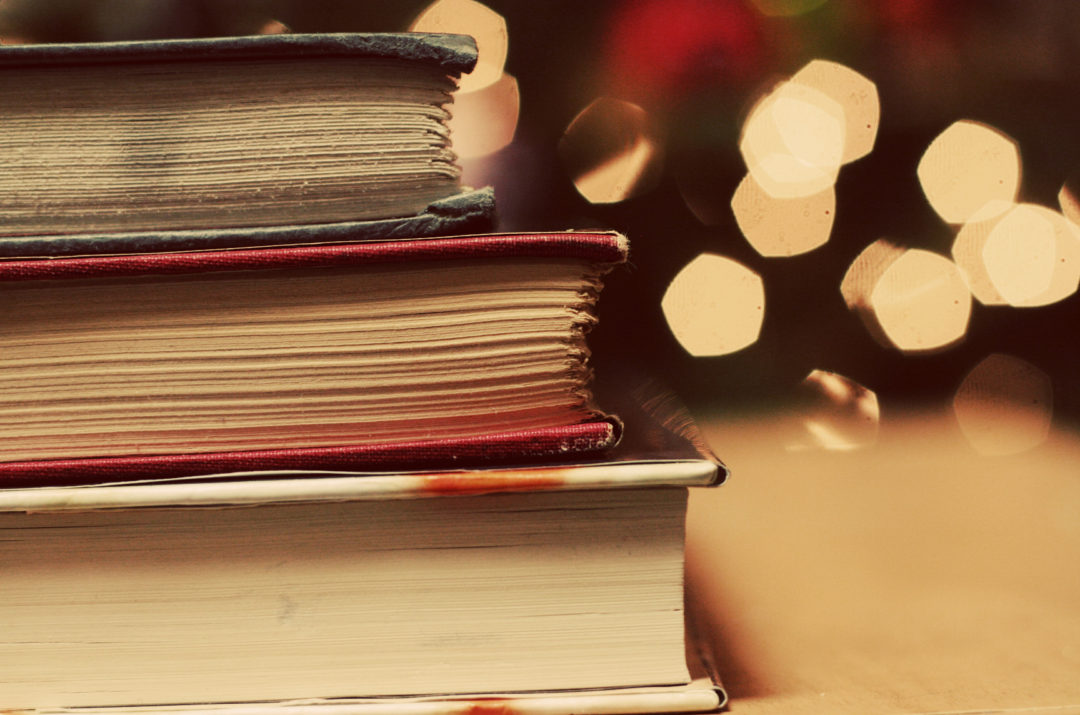 One of the questions I get asked most often is “what are the books I should read to learn about progressive Christianity?” or a variant of that, like “what are some good books to get away from evangelicalism/fundamentalism?” I get this question often enough I thought it might be a good idea to have a basic list to refer people to. Also, as I’ve been moving through progressive Christian spaces, this question comes up a lot and in my opinion the answers are usually … let’s just say they can be frustrating. Usually the responses are limited to recommending books by straight old white men. Not that NT Wright, Bart Ehrman, John Spong, Marcus Borg et al shouldn’t be read, but that it’s disappointing when these are always the first names on people’s lips. So, without further ado:

A Word on Bible Translations:

If you’re like me, you were taught that the King James Version is the only translation a True Believer™ is allowed to read and study. When I first got away from that mode of thinking, the translation I picked up was the English Standard which has… issues. I quickly moved on to reading the NIV, and then I discovered The Message. If you’re coming from a fundamentalist background where you’re used to being bludgeoned with Scripture or you have difficulty trying to read familiar passages with new theological lenses, The Message can be a really great tool in rediscovering the Bible.

For study, I primarily use two books: the Jewish Annotated New Testament, which uses the NRSV and is footnoted with commentary from Jewish scholars– it also includes some really great essays and the frontmatter for each book or letter is phenomenal. When studying what most Christians refer to as the “Old Testament,” I use the Jewish Study Bible, which uses the JPS Tanakh Translation. The commentary comes from both Orthodox and Reform Judaic scholars, and it’s been instrumental in how I explore the Tanakh.

I cannot say enough good things about Womanist Midrash: A Reintroduction to the Women of the Torah and the Throne by Wilda Gafney. If you’re unfamiliar with midrash, it’s a Jewish approach to storytelling from Scripture, and Gafney infuses it with her African-American hermenuetical tradition; the result is beautiful and insightful. It is utterly unlike anything I’ve encountered in fundiegeliclaism, and I think it should be the starting place of anyone returning to the Bible as an post- or ex-vangelical. It’s a bit of a tome, but since it’s broken up into the individual stories it’s easy to sit down and read one story at at time.

Take Back the Word: A Queer Reading of the Bible edited by Robert Goss and Mona West is a collection of essays by LGBT+ persons of faith, and is a solid introduction to looking at the Bible through a queer lens. It’s not too academic, but each essay explores its topic well.

No list like this can be complete in my opinion without recommending Texts of Terror: Literary-Feminist Readings of Biblical Narratives by Phyllis Trible. This book is one of the most fundamental Christian feminist texts in existence, and is referenced constantly by basically every Christian feminist theologian I’ve ever read. This book forces us to reckon with the Bible as it is, not the sanitized version that gets preached from fundiegelical pulpits.

Ada María Isasi-Díaz is one of the most significant modern theologians, and her point of view on the Christian religious tradition is incredibly healing and hopeful. Mujerista Theology: A Theology for the Twenty-First Century is the place to start with her writing and exploring theology outside of the overwhelmingly dominant White Masculine way of experiencing faith.

For a bit of a kick and a lot of fun, Indecent Theology: Theological Perversions in Sex, Gender, and Politics by Marcella Althaus-Reid is … oh, it’s interesting. And different. And shocking. And thought-provoking. It’s a little bit out there, but it certainly makes you re-evaluate a lot of things. It’s also broken up into essays, so you can digest it one segment at a time.

If you have access to academic databases through your college or public library, “Anti-Judaism in Feminist Interpretation” by Judith Plaskow is a must-read. Anti-Judaism and antisemitism is rife in modern Christian feminism, and a lot of it is based in the idea that Jesus was a feminist in opposition to Judaism’s supposed misogyny. That argument is absolutely everywhere and we need to burn it down.

While I do think progressive Christianity should primarily look to women, LGBT+ folx and persons of color, that doesn’t mean I don’t think anything written by straight white dudes is worthless. The Bible Tells Me So: Why Defending Scripture has Made Us Unable to Read It by Peter Enns is fantastic. It’s lighthearted and easy to read, as well as being a good introductory source to a more holistic, nuanced, and honest understanding of the Bible.

Scripture as Communication: Introducing Biblical Hermeneutics by Jeanine Brown is a textbook and is one of the denser books in this list, but when it comes to hermeneutics it’s probably best to read a introductory text like this– and why not read one written by a woman? This one goes down easier if you’re already familiar with literary theories like reader-response, but it can be read on its own. I’d recommend that you read it slowly and take a highlighter with you.

To be honest, this category is dominated by the old straight white guys. John Spong owns this category practically by himself, although Bart Ehrman comes in at a close second. I’ve got two entire shelves dedicated to this topic, but the only other book I recommend as an introduction is adjacent to this topic: God’s Secretaries: The Making of the King James Bible by Adam Nicolson. For us former KJV-onlies, it blows the lid off all the lies. I was never the same after I read this book in college.

This category is difficult to dig into, as the fundamental texts by Gutierrez and Cone are not really on the 101-level, in my opinion. A Theology of Liberation and A Black Theology of Liberation are wonderful, but incredibly dense. I’d start with The Cross and the Lynching Tree by James Cone. This book focuses on the American context, and is an incredibly powerful look into race and religion.

One of the most transformational books I’ve ever read is Stand Your Ground: Black Bodies and the Justice of God by Kelly Brown Douglas. It’s a short book with a narrow focus so some of her arguments can seem a little bit truncated– but trust me when I say that she’s got American Christian racism nailed to the effin’ wall. If there’s a single book on this list that helps deconstruct modern American fundiegelicalism, it’s this one. Read it.

Marcus Borg dominates this whole section and Jesus: Uncovering the Life, Teachings, and Relevance of a Religious Revolutionary is great and all, but I tell people to start with Short Stories by Jesus: The Enigmatic Parables of a Controversial Rabbi by Amy-Jill Levine. Levine is Jewish, not a Christian, and that’s one of the reasons why I recommend her book so often (she’s also one of the commentators in the NT I use for study). Getting a fresh perspective that doesn’t come with all of fundiegelicalism’s baggage has been crucial for me.

If you want to have lots of your ideas about Jesus challenged, you can start with Borg’s concept of “pre-Easter and post-Easter Jesus,” or just go straight to a perspective that pissed off a lot of fundiegelcals: Zealot: The Life and Times of Jesus of Nazareth by Reza Aslan. It’s a good reminder that Islam and Christianity are close relatives in the arena of Major World Religions, and that who Jesus was matters to people who aren’t American Christians. I’m not sure it’s the best book out there on this topic (Bart Ehrman and Marcus Borg wrote more compelling books, in my opinion), but progressive Christianity, to me, is about forcing ourselves to grow.

This is of course not an exhaustive list– these are just the books I’ve read that have helped me grow the most, or prompted the most reevaluation. Most of these I’ve read over the last ten years, but a few have been my textbooks for seminary classes. In compiling this list, I’ve shown a deliberate preference for women and people of color– although I’ve read far more books by straight white men and own at least a half dozen by Borg, Ehrman, and Spong … each. Rob Bell, Brian Zahnd, Jonathan Martin, Preston Yancey: I’ve inhaled them all. But, I’ve come to the conclusion that being truly progressive means stepping over some of the more prominent, influential books to get to the heart of progressive Christianity, which is always found in the margins and among the ones pushed away from the table.

I hope a few of these can be as transformative for you as they were for me.