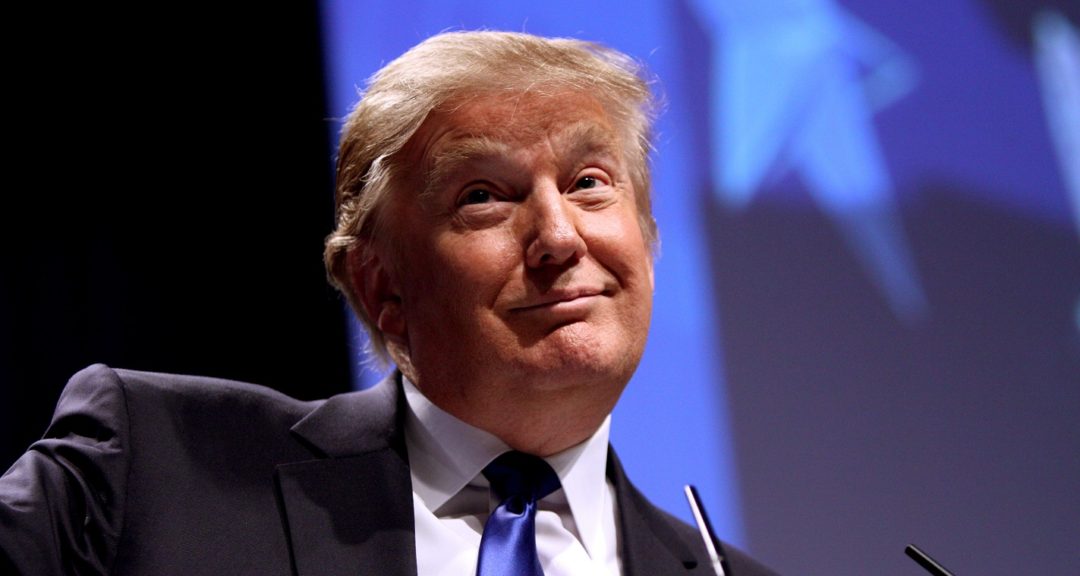 what hast thou wrought: Christians and Trump

I’ve read a lot of articles about Donald Trump. If you look at my last “stuff I’ve been into” post, there’s about a half-dozen articles on him that represents the best-of-the-best of my reading on the subject. I’ve got a lot of angry-and/or-panicking friends on social media, so I’m inundated with quite a bit of material that represent a gamut of positions. My friends range from hard right, center-right, center-left, and hard-hard-hard-hard-left, and one of the biggest conversation topics shared among all these groups is this question:

How can Christians be voting for him?

I’ve already explained why I think Christians shouldn’t be voting for Trump, but now I’d like to take a stab at why Christians– namely white evangelicals– are supporting him in even greater numbers than they supported Romney. There’s been multitudes of ink spilled attempting to answer this, and the obvious answer is white supremacy. Evangelicals exist as a voting bloc because of racism. Trump with all of his flagrant racism is calling to one of the most basic motivations of the evangelical movement, and we ignore this to our detriment. Another obvious answer is misogyny. He embodies everything wrong with masculinity in American culture– braggadocio, chauvinism, narcissism, anger, insecurity– but it’s appealing to those among us who see powerful women and feminism as an innate threat to their manhood or their sense of social order.

The internet is filled to the brim with articles covering all those reasons, as well as plenty of articles pointing out all the ways that Trump’s actions, history, and proposed policies are antithetical to everything Christians have been saying they expect in a presidential candidate for decades. Like having family values. Or being a Christian. So, a lot of my friends are confused: how is this possible? On top of the fore-mentioned white supremacy and misogyny that are integral to evangelical culture, I’d like to highlight two more elements that make supporting Trump a foregone conclusion for so many evangelicals.

Yes, this is also obvious. Wayne Grudem even included Trump’s supposed pro-life platform as a part of his argument for why Trump is a “morally good choice.” What’s been confusing to many of my friends is that Trump’s “pro-life” position is recent and possibly a lie, so how can evangelicals be staking an election on something they can’t possibly be sure of?

They have to take that chance. They have to because being anti-abortion is all they’ve got. Modern evangelicals and other conservative Christians aren’t, by and large, holistically pro-life in the sense that they consider human life sacred and inestimably valuable. They’re pro-war, pro-death penalty, anti-healthcare, against policies that could end starvation and hunger, anti-gun control, and many even believe that parents should have the right to murder their children once they’re not, y’know, fetuses. They’re not pro-life in any meaningful way, but they are anti-abortion and pro-birth, and holding onto that position makes them incredibly powerful.

With their stance of being a single-issue voter in their back pocket, they control elections. They get to say who stays and who goes, who gets power and who doesn’t, all through this one platform: overturning Roe v. Wade. It’s the Southern Strategy reborn, and there’s no way in hell that they’re going to let go of this, no matter how deep into the muck and slime and mire they have to go to justify it. They’ve staked their soul on this ground. This is the line in the sand they’ve drawn.

Granted, there are plenty of anti-abortion Christians who aren’t being cynical and hypocritical about this. Their theological system simply cannot let them back down from this political position, because if they were to accept the concept that private faith and public life aren’t necessarily eternally bonded concepts, a lot of other things start unraveling. Or, if they were to shift their thinking about abortion from a biblical perspective, the whole house of cards might come crashing down. They can’t afford to question this, because questioning their stance on abortion means questioning everything. It means reassessing their identity, their character, their morality. It means re-examining almost everything they’ve ever done and said to women, to children, to their LGBT brothers and sisters … to orphans and widows and prisoners.

I’ve done it. It’s painful. Too painful, possibly, for many.

The one element that I haven’t seen anyone talking about is the redemption narrative intrinsic to the evangelical faith system. To many of my friends and colleagues, it’s inconceivable that Christians could look at Trump– a man who sexually abused his wife, who raped a child, who harasses women with impunity, who sent Hillary Clinton a death threat— and think yes, this man represents my Christian values. How could James Dobson say he’s “tender to things of the spirit” or Jerry Falwell claim that he “lives a life of loving and helping others as Jesus taught in the great commandment,” much less do so with a straight face? This man is an abominable monster, and yet Christians are flocking to him. How can this be?

The answer is in two parts. First, “Creation, Fall, Redemption” is essential to understanding the evangelical viewpoint. Mankind fell into sin in the Garden, but Jesus promises us redemption and ultimately resurrection. To them, this narrative is woven into Scripture from beginning to end, and our lives reflect this pattern, this Truth about reality. We are born Fallen but can be Redeemed no matter what, no matter when.

Trump can’t be excepted from this narrative. He’s a fallen sinner, just like the rest of us, and God can redeem him, too. The fact that he’s converting to conservative Christian-style politics is a checkmark in his favor– in a culture where religion and nationalism are horribly mixed, Trump’s promises for “Christians to be powerful again” ring true in their ears. In this only-Republicans-are-really-Christians climate, it’s the only “spiritual fruit” they need. To those who believe that We Are a Christian Nation, Trump’s “Make American Great Again” speaks to their dominionist, theocratic vision for their country.

Secondly… I’m surprised that anyone is surprised.

Yes, Trump is a child rapist. Yes, Trump abused his wife, making her feel “violated.” Yes, Trump has harassed and attacked multiple women. Yes, yes, yes. But if you look around Christian culture, it’s populated by people exactly like him.

Joshua Duggar attacks his sisters and girls from his church, and it’s written off as “normal.” Bill Gothard sexually abuses teenage girls for decades and he’s still the head of a thriving ministry. Pope Francis has participated in a horrific and disgusting cover-up of child sexual abuse, and he even lands a cover on the Advocate.  Pastors, youth pastors, evangelists, missionaries, priests– they can rape women, men, children, and it doesn’t matter. They’re protected, even given positions of power. They can rape children, be convicted and sent to prison, and still get to write feature articles for Christian leadership magazines. Their churches and missionary boards will cover it up and shelter them.

Christian culture is a haven for abusers.

It’s a shelter for rapists and molesters because of the redemption narrative they cling to. If a rapist or abuser says “I’m sorry, I’ve repented,” anyone who questions that is harshly censored. If a woman wants to divorce her husband because he enjoyed watching people rape children, she’s censored by her church and shunned. Or if your husband “repents” of sexually abusing a child for years, you’ll be the one seen as “breaking your marriage vows” if you decide to leave him. Even if he’s abusing you, according to John Piper you’re just supposed to stick it out. After all, if you listen to Debi Pearl, maybe if he beats you long enough you’ll bring him to a saving knowledge of Christ. Or, maybe Debi Pearl’s too extreme for you– how about Lori Wick, one of the most popular Christian fiction authors?

This is why Trump is succeeding so well among evangelical voters. He’s an abuser, but now he’s converted to their nationalistic, dominionist, theocratic, white supremacist and misogynistic faith, and through that has been Redeemed.

He fits right in.