the smell test: 5 signs of a toxic church

This weekend we drove past a billboard advertising a “Christian Center” with one of those buzzword names, like Thirst or Resurgence or Ember or Pathway or Crossover (and, suddenly, these are also names for cars). I didn’t know what a “Christian Center” could be, so I looked it up thinking maybe it was like a Christian-themed recplex or something. Turns out it was a church, with trendy, mobile-responsive design, but the copy for the website was so bad it cracked me up. I started reading portions out loud to Handsome, but one phrase (“mode of dress”) pulled me up in my tracks.

Startled, I started digging, and my feelings were quickly confirmed: the website celebrates how the pastor and his wife both went to the same fundamentalist college (West Coast Baptist, which meant nothing to Handsome but sent up a red flag for me because they’re associated with PCC), and while the pastor’s wife clearly heads up several ministries in the church, she performs those duties under the “leadership of her husband” and with no formal title.

That experience was disconcerting, because apparently fundamentalists have gotten sneaky in the past decade. They’re making themselves look like the slightly more harmless mainstream non-denominational evangelicals. In my opinion, this is the result of the mainstream evangelical movement becoming more fundamentalist and the fundamentalist movement getting a touch more “with it,” but the end result is that people are going to wind up in an environment where they won’t know what hit them until it’s far too late.

The leopard is trying to change its spots, so I’ve come up with a few you-don’t-have-to-have-15-years-of-experience-to-spot-them Signs of a Toxic Church. Before we begin, though, it’s important to keep in mind, like with my “signs of toxic people” post, that each of these markers should be considered possible warning signs. No post like this could possibly hope to be universally applicable, so you’ll have to use your own judgement.

1. They have “Bible” somewhere in the name or organizational associations.

After my family left our cult, I had a conversation with someone at PCC about the IFB movement, where she agreed with me about its general problems. “This is why I like Bible churches,” she tossed out. Me, having never heard of “Bible” churches, was curious. She defined a “Bible” church loosely– non legalistic, but rooted in an inerrant view of Scripture. I would bump into them myself after I graduated, since the church I attended after that is a member of the Bible Baptist Fellowship. It’s not anywhere in their name, though, or on their church website; I found out about it because I saw BBFI bulletins in the lobby and asked a deacon about them.

You can see the historical roots of fundamentalism in these “Bible” churches– clinging to a fundamentalist understanding of Inspiration and Inerrancy, for one–but, if you go to BBFI’s website, you’ll note a heavy emphasis of supernaturalism in their articles of faith, a classical fundamentalist stance, which was a response to anti-supernatural scholarship.

Bible churches are a different flavor of conservative non-denominationalism. They’re not exactly “seeker friendly,” they may not have modern services or worship bands, but they’re ideologically fundamentalist and that’s going to come with baggage … baggage that will damage its members in large or small ways.

2. The leadership structure is homogeneous and isolated.

If every single last leader in the church is a white man (with the exception of “Children’s Director” or “Secretary”), I’d stay far away. Even if it’s all men but some are racial minorities I’d still be leery. My last church went out of their way to include people of color in their leadership but excluded women, with one pastor justifying that decision as “biblical” (although an elder contradicted him, and said it was politics).

More important than the gender and racial makeup, though, is how the leadership operates. The red flags I’d been seeing became a blazing inferno of run run run run when I realized that every time I raised a question about the executive pastor’s decisions the only response was to Circle All the Wagons. It took me forever to even figure out how to raise a question, because the church leadership was largely invisible– most people in the church had no idea who the elders even were. Other former members were frustrated by the fact that there was no public way to get in touch with the leadership if you had a problem or a question– all we had was a directory to the various volunteer ministries (they have since updated the website to include the names and pictures of the elders).

When we confronted the staff about this problem, they said it was intentional, that the executive pastor was “easily overwhelmed” and “needed space” and “has to be shielded” from the congregation.

If the leadership is inaccessible and warded against good, balanced dialogue and/or criticism, it is not a healthy church.

In contrast, although I can’t attend the local ELCA congregation, I e-mailed back and forth with the pastor and had a fairly extensive phone call before we even darkened the church door. My conversations with multiple pastors assure me that being engaged and willing to communicate is an important part of their pastoral role.

3. Their “About” Page is really, really long.

And by “really long” I mean “longer than a few paragraphs,” although I’ve seen a few that were large booklets. This sign should be taken with the appropriate grains of salt. A long “about” or “statement of faith” or “what we believe” page could simply be the sign of an enthusiastic nerd or an aspiring theologian, and nothing more. However, long “about” statements tend to be focused on laying out in exacting detail everything the leadership/pastor thinks is “correct doctrine.” If their list of “correct doctrine” is longer than “God loves you,” I’d become wary (although that’s me. I’m jaded and suspicious).

If you see lots of tertiary things on this list– like veiled references to Creationism (my last church has “nothing in nature ‘just happened’. God made it all”) or getting vaguely confrontational about dispensationalism– caution might be warranted. Maybe they’re just trying to honest, which is good, but if it seems like its all worded to weed you out rather than offering you information about them …. ehhhhh.

Also, extensive histories of their building projects, unless their church is a historical building, just seem weirdly off-putting and, in my experience, tend to be associated with narcissistic leadership. But again. Grains of salt.

4. They use language about being “called out” or “separate” or “set apart.”

Other phrases, from the research I’ve done over the past few days can be: “discernment,” “salt of the earth,” “distinctions,” “avoiding reproach,” and possibly even “sanctification”– although that last one only popped up a couple times in the context of being separated in a traditionally fundamentalist sense.

I’ve explained some about the Doctrine of Separation as viewed by fundamentalists. It’s a concept that deserves a more complete treatment than I can give it here, but in short I think it’s poison. Jesus was never separate– in fact, that was The Reason why the religious establishment targeted him in the first place! He ate with “publicans and sinners” and oh the pearl-clutching. Aside from the orthopraxic reasons for why I have a problem with Separation, it (almost) inevitably leads to isolating the membership, creating an insular and self-perpetuating environment that is ripe for abuse. The more withdrawn a church becomes from its community, the more power the leadership has over the congregation. Actively seeking that sort of power by insisting that being a “faithful follower” means cutting yourself off from the outside world … that’s dangerous.

5. They use a “membership covenant” and/or practice “church discipline.”

I had to explain “church discipline” to my grandfather once, after we’d gone to a Wednesday night service where we’d shunned a woman. The more he asked questions about it, the more I grew disgusted at what they’d done. I wasn’t a voting member so I didn’t have a hand in it, but long story short she’d been talking about the Charismatic movement, and loaning people books and pamphlets. And we excommunicated her over it. The pastor’s rationale for it made it even worse– it wasn’t that she was “spreading false doctrine” it was that she’d defied his authority.

One of my best friends is the “Andrew” in this story about “church discipline” at Mars Hill, and his experience was horrific. He left the freaking city because of what Mars Hill put him through.

In my opinion, after being a loyal member of the fundamentalist movement for twelve years, dedicated to this evolving branch of it for another four, and writing and researching about these things for another two years: nothing good can come of “church discipline.” It will be used as a weapon against innocent people for not toeing the line, for not bending their neck to narcissistic abusers. It will. It will be used to ostracize the vulnerable and silence victims. It will be used to publicly humiliate and shame women— even when her “crime” was divorcing her child-rape-watching-and-enjoying husband.

If the church makes it clear that you have to sign a “covenant” or “contract” of any kind and especially if that contract includes a line about the right to exercise “church discipline,” run as fast and as far as you can.

I’ve done my best to keep these broad enough to be helpful, but not so broad that they become expansively meaningless. I’d love to hear about your experiences, too– what signs have tipped you off to a possibly toxic church? 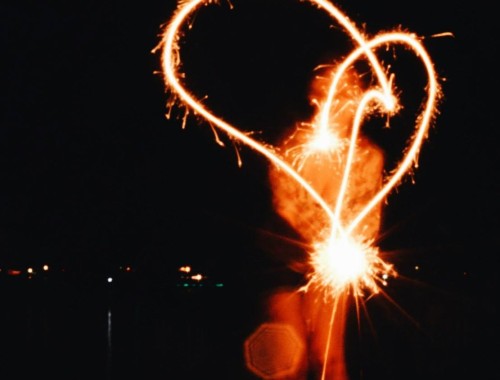 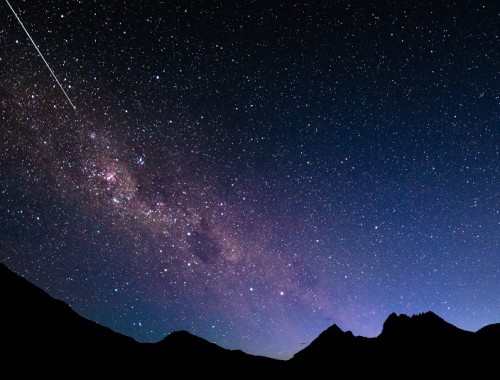 Star Trek made me a moral person