Star Trek made me a moral person

When I was eight, I became obsessed with the concept of the morality tale. I had a children’s book with some of Aesop’s Fables in it, stories like “The Fox and Grapes” and “The Ant and the Grasshopper.” A friend of ours who lived in Korea sent back a collection of Korean folk tales, many of which have the same feel as Aesop’s Fables, the same sort of simple moral lesson. To this day those books are among my prized possessions, and I am very much looking forward to sharing these works with my children, if I can have them.

When I was ten, I wrote and illustrated a story about a fox and a turtle that featured my burgeoning love of wit and dedication– in some way the fox was trying to be crafty and lazy, but the turtle outwitted him and got him to do most of the work. I was immensely proud of that story even though I can’t remember most of it now– there was something about rocks and apples and a wheelbarrow?– and I’m pretty sure mom still has it tucked away somewhere.

In many ways I’ve outgrown the simplicity and ease of those stories. Part of growing up is realizing that the world is much more gray than it is black and white, and that the good guy doesn’t always win. Now, I like my villains complex and my heroines flawed, and I love stories that shine a bright, jarring light on our humanity, on all of our brilliance and shame. Sometimes I want a story where the “moral” is:

“It is possible to commit no mistakes and still lose. This is not a weakness, this is life.”

That quote is from a Star Trek: The Next Generation episode. Captain Picard is speaking to Data, a character I’ve always identified with, explaining a lesson that can be a difficult one to truly grasp.

I often joke that my earliest memory is the theme song to Star Trek: The Next Generation. The series premiered the year I was born– in fact, the first episode aired in the same month. Even when we were in the fundamentalist cult we still prioritized Star Trek. We didn’t have cable while Voyager, Deep Space Nine, and Enterprise were airing, so our neighbor recorded them for us. New episodes of Voyager aired on Wednesday, and every week after church my sister and I would fly out of the car and breathlessly rush to our neighbor’s door in order to pick up the VHS tape.

Voyager was more my church than church was, really. I idolized Captain Kathryn Janeway, and one of the more upsetting experiences of my childhood was the finale of season five, when the last shot makes it look like Janeway might have been killed. I grieved all summer, hoping and praying that she would be alright. (Yes, I’m aware I care about fictional characters way too much. If you want to see a show, ask me about Egwene al’Vere from the Wheel of Time at some point.)

What I didn’t realize was that my deep and abiding love for Janeway and Seven and Jadziah and Data and Picard and Trip was changing me. Episodes like “The Outcast” later became the context I had for understanding and loving myself as a queer person. The entire story arc of Star Trek: Enterprise‘s third season, which aired in 2003, helped form and shape my views on foreign policy and the War on Terror. Enterprise culminates in the forming of the Federation of Planets, something that Archer came to fight for after realizing that war– even war in the name of “national security”– is terrible, and that violence must not be favored over understanding, trust, and relationship.

Star Trek, in many ways, is a modern morality play. There’s more nuance, more shades of grey, more complicated human realities, but what it does best is feature people with all their flaws and beauties struggling to make the world a better place. Sometimes, they fail. As Chakotay learns in “The Year of Hell,” sometimes even your best and purest motives are wrong. In Star Trek, though, winning is defined not by typical notions of success and wealth and power, but by understanding. When characters learn more about themselves– like Data learning about fear in Star Trek: Generations– or about other people, nations, planets, and species, that’s what the show considers a success.

My priorities and values were affected by growing up in a fundamentalist cult. Hatred and fear overrode almost anything else I absorbed through my religion, but somehow Star Trek mitigated all of that. In many ways, the different shows became a North Star of sorts; I didn’t have a God that I knew loved me, but my idea of love was shaped by watching all the different ways– flawed, terrible, beautiful, sad ways– that the characters cared about each other. Even today when I think of a concept like friendship I see Data and Geordi, Tom and Harry, Janeway and Seven, Jadziah and Kira. When I try to picture kindness I see Deanna Troi. When I want to embrace strength, purpose, and conviction blended with compassion I ask myself “What would Captain Picard do?”

Many people criticize the sorts of work people like me do with geek culture. It’s just a damn show for crissake they’ll say, belittling the conversations we have about whether or not such-and-such show or film is sexist or homophobic. Who cares if Buffy the Vampire Slayer has a problem with consent? Why bother getting all bent out of shape over Whedon’s infertility = monster in Avengers: Age of Ultron? Why care about the way women die in comic book adaptations?

This post is my answer: because media matters. I was fortunate that I grew up on a steady diet of Star Trek. I could have been imbibing shows with much more toxic masculinity, misogyny, and homophobia than I did, but instead I was gifted with a story whose main focus is trying to show us what we could be like at our very human best. 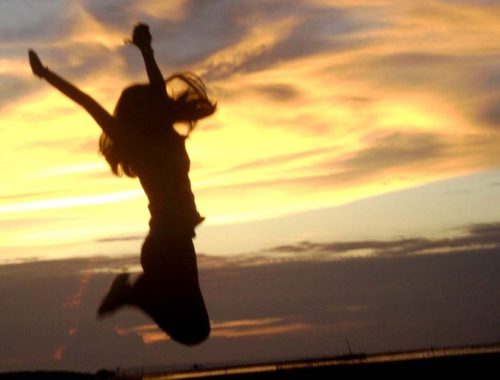