I’m back from my vacation, and jumping right back into Helen Andelin’s Fascinating Womanhood. I know I picked up some new readers over the holiday break (huge thanks to Fred Clark at the Slacktivist for featuring me)– which, welcome!– so it’s possible many of you aren’t familiar with Helen. I did an introduction to my review series that has all the quick-and-dirty facts you’ll need, and if you’re interested in catching up on the series, you can find them all under my Archives–>Projects tab. I’ve been doing an extended review, examining Helen’s book for its damaging teachings.

We’ve got about a third of the book left, and starting a completely new section: “The Human Qualities.” Up until now Helen’s been talking about the “Angelic Qualities,” and she divides these traits up thusly: And she certainly starts off this section with a bang:

Femininity is a gentle, tender quality found in a woman’s appearance, manner, and nature . . . She has a spirit of sweet submission and a dependency upon men for their care and protection. Nothing about her is masculine– no male aggressiveness, competence, efficiency, fearlessness, strength, or the ability to kill her own snakes.

When I first hit this paragraph, I couldn’t imagine that Helen means exactly what she says here, but oh, she does. Does she ever. She actually does intend for women to be the exact opposite of what she views as “masculine.” Women are to be hopelessly dependent, weak, and incompetent, and she argues for this unabashedly.

This chapter– which is, thankfully, brief– focuses on what goes into “outward” femininity, and she spends most of her time focusing on clothes. Granted, this was hysterical the first time I read it. I ended up reading it out loud to Handsome (that’s my partner’s nickname here, for the newbies) in my best Margaret Thatcher/Julia Child voice. The main point that she makes, though, is that to “acquire a feminine appearance,” women must “accentuate the differences between yourself and men.” We can do this by wearing “only those things” that make the “greatest contrast to their apparel.” Because, after all, “[m]en never wear anything fluffy, lacy, or gauzy.” She tells us ladies to pay attention to our fabric choices– no tweed, herringbone, woolens, denims, plaids, or anything else ever used to make a suit, really, or worn for work at all. First of all, I’m really curious why these fabrics automatically disqualify an outfit from being feminine. I’ve seen Pinterest. And, just because Helen wrote this back in the 60s, I was curious. Was there something about how these fabrics were used that made Helen think that they could not possibly be used in a feminine way? Nope. That’s all tweed. She looks pretty feminine to me. And warm. In Helen’s world, women can’t be warm, because we have to wear crisp cottons, linens, chiffon, lace, sating, angora, organdy, and silk. Can’t go around looking for comfort, warmth, or durability from our clothes– that would be unfeminine. Also, all those fabrics? They’re upper-middle class fabrics, and completely unpractical for anyone who does anything more physically strenuous than dust. Which I suppose is probably the point. It also just highlights that Helen is completely blind to her privilege– I have no idea how much money her husband made, but how on earth is an ordinary woman supposed to have a wardrobe made up of anything like what she’s describing?

But, it’s not just the fabrics. We can’t wear “drab colors used by men,” which amounts to anything in the “neutral” category. We should aim for prints, not solids, and assiduously avoid anything “tailored” or “mannish,” like pants or sleeves with buttons. She goes on to tell us to look for “trim”– lace, ribbons, embroidery, beads, and braiding– and all of that also says money to me. And, for our accessories, never carry anything that might look like a briefcase, and always be sure to top off our outfits with scarves, flowers, and jewelry.

Then she moves away from clothes and starts talking about “grooming.” She gives a head-nod to cleanliness and hygiene, with the ridiculously made-up assertion that the women on the Mayflower “may not have had enough water to drink, but they sneaked enough to wash their white collars and caps.” She really can’t help it with the “I have to twist historical realities in order to make my point!” thing.

However, the point of this section isn’t cleanliness, it’s makeup. Apparently, women have “for generations … applied eye makeup and used fragrances.” To a certain extent you could probably make that argument, with a caveat: for generations, noble or extremely rich women have used eye makeup and perfumes. So did men, for that matter. “Women today are essentially the same,” she says, though, and it’s because we do things like “have a wide variety of makeup” and “from time to time fix up their makeup.”

I’d like to take a moment to stop and talk about that.

I love me some makeup, don’t get me wrong. I even have a whole Pinterest board dedicated to the stuff, and I have literally spent days watching makeup tutorial videos on YouTube, just so I could learn to do this: However, Helen remains completely silent on any sort of warning, or caution, about makeup. She endorses it without any reservations, and encourages women to apply it multiple times a day so that we can look pretty for our husbands (bottom of page 273). She completely ignores the reality of the beauty industry, which was just gaining steam in the 60s.

Most of what I’d say is in a video by the incredible Laci Green:

Helen falls right in line with what Laci critiques in this video: that the beauty industry has almost single-handedly created a completely unnatural definition of beauty. We spend an insane amount of time now making our lips redder, our eyes bigger– we learn about contouring so we can make our noses narrower and our cheekbones higher. And that… that is sad. It’s ended up getting to the point that when I did a google images search of “movie stars no makeup” what I got was an endless stream of Hollywood’s most glamorous looking as unattractive as possible. Or that I had a dudebro in an airport tell me I was obviously a lesbian because I idly commented that makeup wasn’t “worth the effort most days.” Or that whole studies have “revealed” that makeup is necessary in order for a woman to be respected. Or that 68% of men say that prefer women “without makeup” but 73% of men, when shown images, preferred women in makeup over no makeup at all. Or that, in college, three different men told me that I “obviously didn’t care” because I didn’t wear makeup.

When I asked them “care about what?” the response was “looking good” or “trying to get a guy’s attention.” Three men were offended enough by my lack-of-makeup-wearing to comment on it and tell me that it was bad that I didn’t care about getting a guy’s attention, and that this was somehow a mark on my character.

And Helen blows all of this off with an offhand “Your husband wants you to look pretty,” that he even “wants his wife to look pretty to everyone.”

We have to look pretty.

Not be strong, or capable, or competent, or efficient. 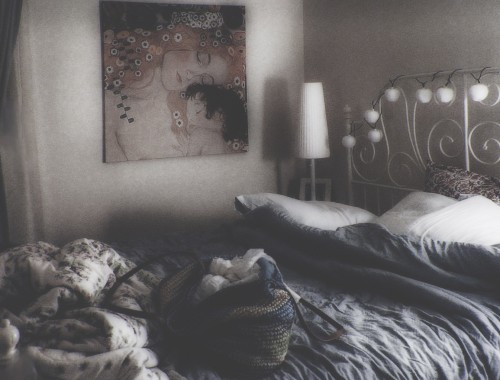