In a nutshell, I think the main concept of I Kissed Dating Goodbye is “Joshua Harris doesn’t think immature people should date.” That concept comes out in a variety of ways, and the illustration he uses to open “The Little Relationship Principle” illuminates one of those ways for us:

Deepening intimacy without defining a level of commitment is dangerous … many people experience deep hurt when they open themselves up emotionally and physically only to be abandoned by someone who proclaims he’s not ready for a “serious commitment.” (27-28)

He spends the rest of the chapter arguing that intimacy should be reserved for “committed” relationships. I think it’s possible Joshua feared intimacy in general when he wrote this (utterly unsurprising, considering his background. Manly Masculine Men having intimate and vulnerable relationships? What?), but it definitely comes out regarding romantic relationships here.

I think many of us would question the premise that intimacy can be dangerous. Yes, break-ups can suck. I casually dated a guy who all of a sudden disappeared, only to pop up at a party a month later obviously attached-at-the-hip to another woman. That stung for a second, and we’d only really “hung out” and obviously weren’t anything even broaching serious. I’ve watched friends in more serious relationships break up, too, and sat with them and hugged them and made them tea and bought them ice cream.

But just because the outcome of a relationship might be negative isn’t a reason to avoid relationships. I’ve had friendships bust apart– some violently. Sometimes friendships faded away. Losing those people sucks. I still think about many of them, and when I do I feel the pangs of loss. For some, I feel regret. For others, I feel anger and resentment.

It’s probably obvious that these results are a natural part of life. Relationships can be fraught, but they’re still worth having. Dating relationships, just like other relationships, can be viewed as informative and helpful. Breakups, because they’re unpleasant, help teach us how to manage loss and grief– and, importantly, how to be our own person so the next time we’re disappointed in a relationship– any relationship– we know how to handle it appropriately.

To Joshua, though, feeling those feelings is inherently dangerous in the way falling off the side of a cliff is dangerous (28). He prioritizes avoiding unpleasant experiences over learning the lessons they can offer. He doesn’t seem to take into account that personal development is a possibility either, but here’s another way that “immature people shouldn’t date” comes out:

Instead of being selfless, [intimacy without commitment] is selfish; instead of being patient, it’s impatient; instead of looking out for the ongoing good of the other person, it’s focused on the needs of the moment. (32)

Question: why are “the needs of the moment” in opposition to “the good of other people”? They don’t have to be– but they can be, when the people involved are selfish and immature. A mature person looks at the needs or desires of the moment and weighs them against the good of other people– but a mature person knows that all decisions carry risk. Every moment sees every person practicing an intuitive version of risk assessment, based on our situation and relative experience. To Joshua, “heartbreak” is an extremely threatening hazard, but that isn’t always the case with every person. For many of us, our experience shows that heartbreak is eminently survivable. Maybe for an individual person it’s not– maybe for Joshua it’s really not. But I think Joshua is projecting a lot of his fears and hangups onto other people and calling that projection “godly.”

One of my biggest problems with IKDG is that he doesn’t examine the consequences of purity culture. In chapter three he talks about a couple who experienced “trauma and guilt over past memories” because they’d slept together (37). When you tell a woman that her value and worth as a human being is totally summed up in her virginity, that penetrative intercourse makes her a “half-eaten candybar” or a “cup full of split” or a “used toothbrush,” or when you tell a man that he’s a “wolf,” then yeah– trauma is the logical reaction to sex. But is the problem having PIV sex, or is the problem the unnecessary mountains of shame that purity culture heaps on people?

To Joshua, it’s obviously because they’d had PIV sex. To me, it’s obviously because they had ongoing problems with the shame and humiliation their culture inculcated in them. Without the shame built into purity culture, you could experience some regret, sure. But to describe your experience as traumatic years later at a high school reunion? That’s not a healthy or normal reaction.

But, let’s dig into the “Seven Habits of Highly Defective Dating.”

1. Dating tends to skip the friendship stage of a relationship.

With immature people, sure. However, dating can be one avenue– among many– for friendship to blossom. I dated Handsome, and now he’s my best friend. We continued dating because we discovered common values, common interests, and we fell in love on top of that. Joshua says that “A relationship based solely on physical attraction and romantic feelings will only last as long as the feelings last” (39), which is patently obvious– but to that I say but now you know.

3. Dating often isolates a couple from other vital relationships.

Again– with immature people it definitely can. However, as I’ve aged, 100% of my friends have all expressed something like “I used to lose touch with my friends when I dated, but I’ve learned that my friendships are more important to me than a possibly temporary partner.”

I also want to add that unhealthy relationships are isolating. Abusers do it deliberately in order to make sure their victims can’t escape, but toxic and co-dependent relationships can also cut people off as a symptom of the problem. Does Joshua mention this, though? Take a guess.

4. Dating can distract young adults from their primary responsibility of preparing for the future.

I found this argument boggling. In what possible way is dating different from marriage in its level of “distraction”? Also, one of the primary conservative arguments for marriage is that being in a relationship helps you “grow” as a person because of the work involved– how is that any different from “maintaining a relationship tak[ing] a lot of time and energy” (43)?

He also says that dating someone means you can be “distracted” from “serving in their local church,” and I want to sit on that for a moment. I wasn’t a part of evangelical culture for very long as  single person, but I’ve heard from multiple single people– some in their late 30s– who feel like their local church treats them like slaves. “Well, you’re not married, so you’re free, right?” seems to be a common refrain single people hear from their church leaders– as if single people exist for no other reason than to serve their church. That’s not at all ok, and shame on you Joshua for encouraging that mentality.

But, skipping 5 (“don’t be discontent with God’s gift of singleness,” which is a rehash of 4) and moving on to 6:

6. Dating can create an artificial environment for evaluating another person’s character.

This one I straight-up disagree with. People create artificial environments when they’re dishonest or insincere. That isn’t a problem with dating. In fact, as an adult, the “environment” of dating is exactly the same as how I make friends. I met a woman online– after we’d chatted for a bit and decided we liked each other, I arranged to meet her for lunch one day. I got dressed up, so did she, and we made “getting to know you” conversation for an hour. Now we’re fast friends. Another woman I met at a mutual friend’s birthday party; I announced that I liked her and why don’t we meet up for coffee sometime? After a few coffee dates, I invited her and her partner over for dinner. I cleaned my home, made my fanciest cake, and was all sorts of nervous beforehand.

I don’t think Joshua is aware of what this is like, though, because if his early adulthood was anything like my life, 100% of his social interactions evolved from his church. Getting to know someone in the context of church potlucks and Sunday school and atrium donuts is really different from what it’s like outside of church. Outside of church (and college), striking up friendships doesn’t always happen as organically. Sometimes you sort of have to force it in the beginning and hope it works. Sometimes you forge a connection, sometimes you don’t.

Mature, self-confident people know that hiding who you are is a guaranteed way of hanging out with people you don’t like. Eventually you learn to quit it and just be yourself, but that’s a natural part of human development. A nervous teenager that lacks confidence and emotional security, whose brain is hardwired to feel social embarrassment more painfully than an adult … yeah, you’ll feel less inclined to “be yourself” on a date. You get older, though, and you tend to get over that. Doesn’t mean that there was anything wrong with the times you weren’t 100% confident.

7. Dating often becomes an end in itself.

This is essentially nothing more than a restatement of “why buy the cow when you can get the milk for free?” So. Not going to waste your time, or mine, on that one.

I had a conversation with a friend last weekend where she said that learning about child development helped her reject the abusive child rearing methods we all grew up believing in, like spanking or “blanket training.” I think that Joshua doesn’t just understand child development, and he also doesn’t seem to be aware that who you are as a teenager isn’t who’ll you be in your late twenties. I’m going to forgive him that, since he was 23, but I think our culture in general could do with learning some things about progress and self-acceptance.

Yes, teenagers can be immature– but expecting them to be anything else is ridiculous, and acting like immaturity is wrong, like IKDG does, is awful. 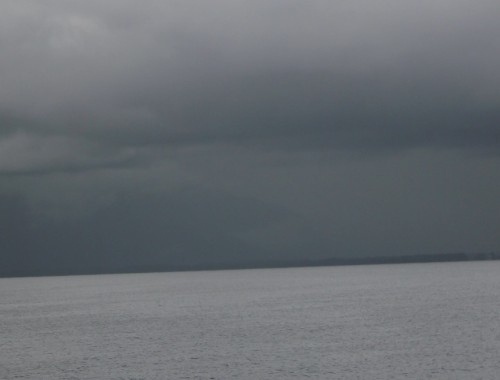 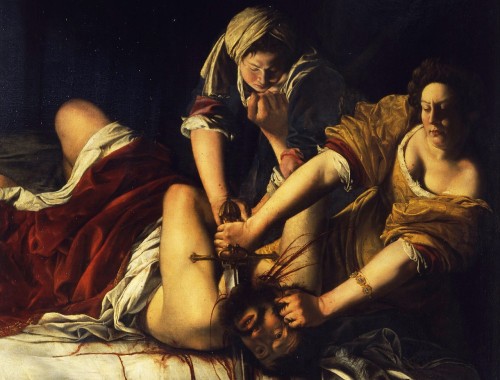