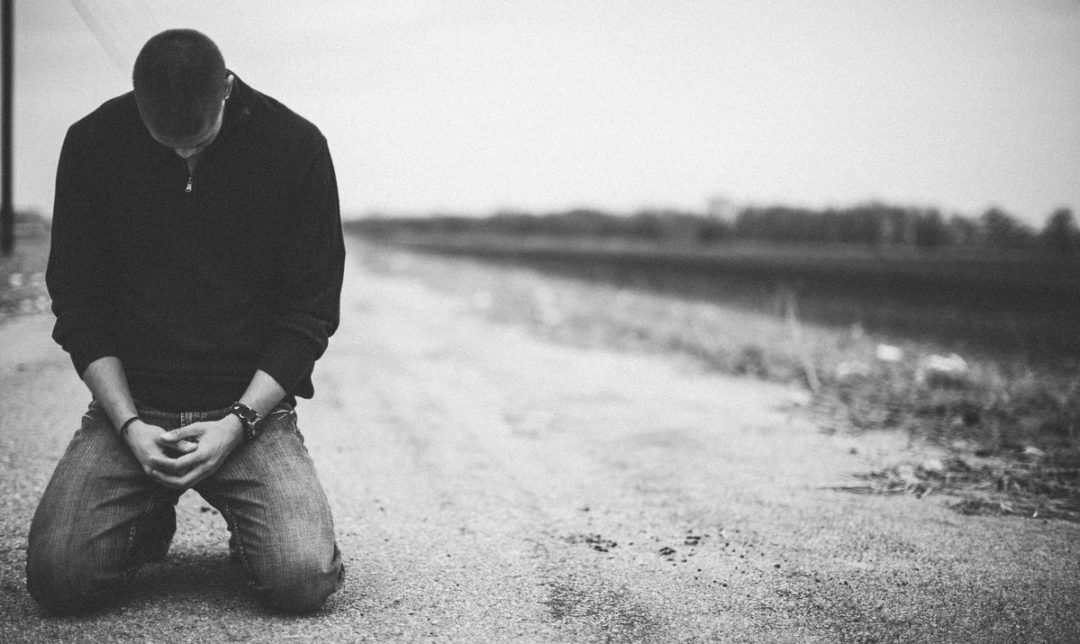 When I first started writing this blog at Defeating the Dragons, I initially intended to never talk about the fact that half a dozen men had sexually assaulted me. I didn’t want to reveal that I had been raped and sexually abused. I didn’t want to talk about it at all … but I quickly realized that deconstructing my faith experience meant I was going to have to be honest about what these men had done to me. For me, there was no way forward in my Christian path without coming to terms with rape and its presence in my life. I was abused by Christians, and Christians used our religion to cover it up and silence me through intimidation and shame.

For the past five years I have wrestled with my spirit, with God, and with Scripture. There have been sleepless nights when putting my faith back together felt like repairing a shattered mirror, when trying to collect the broken pieces meant feeling the knife-sharp bite of jagged glass.

Remaining a Christian, for me, has been a deliberate choice to make room for repentance, forgiveness, and redemption. I am drawn to Jesus and Christianity because of God’s love for the marginalized, for what I believe is an intrinsic call for liberation and justice. I stay because of the Incarnation, because I believe in resurrection.

I am challenged by the expansiveness, the sheer breadth, of God’s mercy.

I don’t want there to be a way back for abusers. I want the men who violated me, who exploited their position and the institutional cover most churches provide, to be forever cast out and forsaken. I want them to suffer– to be like Esau, to “find no place of repentance, though they seek it carefully with tears.”

As I’ve healed, though, I have become open to the idea of redemption for abusers. I’ve inched closer to forgiving the men who harmed me. However, as I’ve begun understanding those concepts in the context of my Christianity, I am growing ever more furious with anyone who abuses the God-given grace of redemption as just another tool to protect abusive men.

So if redemption doesn’t look like a pastor who raped a teenage girl, begged her to cover it up for him, and then getting a standing ovation from his church for admitting he’s predator while his victim tries to bring some measure of justice … or a comedian sneaking back onto stage less than a year after admitting that he harassed multiple women and damaged their careers … what does it look like?

Here’s my answer, nine years after being ordered to repent for causing a man to rape me, eight years after telling the first person who compassionately listened, seven years after a three-day bender I went on to avoid facing the depth of my hurt, six years after a counselor informed me that being a victim means I’m a “poisoned well” and shouldn’t date anyone, and five years after receiving the first of many death threats for talking about it in public. It’s an answer that has come slowly and at times painfully, but has been shaped by almost a decade of learning to forgive.

I have a lifetime of experience in many different types of Christian communities: from fundamentalist to evangelical, Reformed to Arminian, conservative to progressive. Unfortunately, I’ve found the same thread woven through every single one of them, and it is the belief that repentance is limited to acknowledgement and forgiveness means absolution. In order for a person to repent in these circles, the offender should grant the public a mea culpa along with some version of the phrase “please forgive me” or “I’m truly sorry.” Depending on the community, this acknowledgement has no need to be specific, and can often incorporate a measure of blame and fault on the person they’re ostensibly apologizing to.

This is not repentance. This is Apology Theater. It’s public relations. It’s image management.

When a Christian uses this form of repentance, it’s to change the narrative. When someone accuses Savage/Hybels/Gothard/Driscoll/Mahaney/Tchividjian/et al of abuse, all these men have to do is shallowly acknowledge the accusation, perform a few palliative acts of contrition, say the words “forgive me,” and then six months later slip the mantle of power back onto their shoulders. Any further criticism can be dismissed by the community because of the repentance narrative: stop criticizing them, they served their time, they repented, exile shouldn’t be forever, God forgave them why can’t you, etc. Tullian Tchividjian’s recent “Grace for the Disgraced” post is an excellent– and disturbing– example of how this works.

This isn’t, in my opinion, biblical repentance. I’ve written a few posts about repentance before (one on communal repentance, another on transformation), but I’d like to focus on what repentance should look like in the context of sexual harassment, abuse, and assault. My thinking on this subject has been informed somewhat by the Jewish articulation of teshuvah, and I believe repentance has several parts:

Confession is not just a bare-bones acknowledgement of sin. If a rapist wants to seek redemption, their journey should start with the complete picture, a soulful and spirit-filled understanding of the harm they caused. When John* forced his penis inside me, the harm wasn’t limited to that specific action, that single event. The harm was the sexual violation and it was ruining my ability to trust romantic partners, the damage to my faith, the nightmares, the shame, the fact that I will probably flinch any time I see someone who looks even vaguely like him, the fact that I can’t take a shower in an unfamiliar place, that I have fibromyalgia likely as a result of trauma. The confession can’t be a mere “I’m sorry I hurt you,” it has to come with the realization that you are responsible for all of the destruction your actions led to– emotional, psychological, financial, spiritual, physical.

Second, abusers need to spend a lot of time digging through all the elements that permitted them to sin in this way. What ideas do you have about women, about gender roles, about sexuality, that numbed your conscience to sexual harassment or assault? What beliefs allowed you to see your victim as nothing more than an object that you could control? What systems, institutions, structures, gave you the ability to harm them? How did you get the power to drive a teenage girl down a dark road, tell her it’s for a “surprise,” and then shove your dick in her mouth? Who gave that power to you, and why did you want it?

Finally, and this is absolutely essential: an abuser must never allow themselves to enter any of those structures again. A teenage girl trusted you because you were her spiritual guide, her youth pastor? You must never serve in that role, ever again. You harassed a woman you hired, who worked for you for years, who trusted and respected you because you were widely esteemed and celebrated? You must never allow yourself to be put on that pedestal, ever again. You manipulated parents to let their pretty, blonde daughters come work for your ministry and then install them in your office for “counseling” so you can be alone with them and put your hand up their skirt? You must never lead a ministry or think you are capable of “counseling” anyone, ever again.

“Look, Lord! Here and now I give half of my possessions to the poor, and if I have cheated anyone, I will pay back four times the amount.”

And Jesus said to him, “Today, salvation has come to this house.” ~ Luke 19:8, Zacchaeus the Tax Collector

I can’t make pronouncements about what restitution will look like, since I believe every case would be different.

In my own story, restitution would look like paying for the hotel rooms that have pictures of updated, spotlessly immaculate bathrooms (and that are usually $70 more per night). He’d pay for five years of therapy. He’d quit his job as a pastor and find a career path that makes sure he’ll never have power over women or girls. He’d go back to PCC and tell everyone in the administration that he’s a rapist, I tried to tell them so, they should have listened to me, and that he will not stop fighting for them to change every single one of their policies that continue to retraumatize victims. He would go back to every single one of our college friends and tell them he was the monster and how he tricked them into making my life a living hell because he wanted revenge for not taking him back.

Whatever it is, restitution is when an abuser shoulders the responsibility for what they did. It means taking over the work of living with their sin, instead of leaving their victims to deal with years–decades– of emotional, spiritual, and physical labor on their own.

Churches, abusers: you cannot grant this. It cannot be taken by a repentant sinner, it cannot be given by a magnanimous community. It cannot be claimed when atonement seems odious and interminable, or when a church has forgotten the enormity of the offense.

I am not necessarily arguing that every predator or abuser should be shunned by every church until their victim is ready to welcome them back. That may never happen, and should never be forced to happen. However, I think it’s critical that we as Christians understand that redemption and restoration are not the same thing.

Bill Hybels will not be redeemed when he inevitably falls back into his position as an evangelical figurehead somewhere else in American Christendom. Driscoll was not redeemed when he moved to Arizona and started another church. Tchividjian is not redeemed now that he’s back to writing for The Gospel Coalition and has another book coming out.

Redemption for all these men could come if, by their repentance and restitution, no one else is hurt.

is it possible to be a sex-positive Christian? [part two]