Today’s book review is from a guest writer, who has asked for his name to be withheld because his family is still staunchly pro-life.

In 1992, Peretti published Prophet, a novel about a mostly-agnostic news anchor who receives prophetic powers passed on from his fundamentalist religious father. The novel attempts to address a dizzying host of the usual conservative evangelical issues, such as environmentalism, gay rights, liberal media bias, consumerism, public education, medical malpractice, academic dishonesty, and even rock music. It’s also subtly racist. But the primary focus of the book is an assault on women’s rights in general, particularly abortion.

The protagonist, John Barrett, is a successful lead news anchor whose father embarrassingly insists on holding public protests against abortion. The story centers around the re-election campaign of pro-choice, pro-environmentalism, pro-education, pro-gay governor Hiram Slater, whose secret corruption and ties to unsavory characters make it clear that he is The Bad Guy. Following his father’s murder by the governor’s hencemen, Barrett receives his father’s prophetic gift and begins seeing visions and hearing voices.

As the story unfolds, it is revealed that multiple teenage girls have died from botched abortions at an “assembly-line” abortion clinic, and that numerous individuals are complicit in a wide cover-up. Barrett’s liberal supervisor tries to keep the story from breaking, but the truth comes out: Governor Slater’s own daughter Hillary was killed by the abortion clinic.

Gay rights advocates deface and vandalize a Catholic church, then hold a protest of the Church’s position on condom use the next day. The liberal media refuses to cover the vandalism, but happily covers the protest. The protesters are presumably “shown up” when Barrett receives a prophetic revelation that the leader of the gay rights group has hundreds of sexual partners and doesn’t use a condom… which apparently means that all criticisms of the Catholic position are baseless. It’s an appalling strawman of gay rights that fits very well with the extreme fundamentalism view: gay men are sex-obsessed, hypocritical, and willing to engage in violence in order to punish those who disapprove of their life choices.

The book constantly also goes to great lengths in trying to paint the media as corrupt, biased, and misleading. Inexplicably, Peretti devotes several large sections to arguing that basic broadcasting techniques like scripted questions, green screens, planned establishing shots, and talking into a teleprompter are somehow “liberal” and dishonest. Nearly every chapter contains a detailed description of one of Governor Slater’s re-election ads, painting liberal campaign advertising as manipulative and controlling. The television station receives revenue from the campaign ads and therefore skews its reporting in favor of Slater. It’s heavily implied that journalistic neutrality is impossible: that journalists are either “on the side of the truth” or otherwise liberal and biased and complicit in fraud.

But most egregious of all is the book’s portrayal of women’s health services. Pro-choice advocates are consistently shown taking every sort of immoral, unethical, and illegal steps in defense of their ideology. They pay off, intimidate, and threaten witnesses, provide tip offs to give other advocates the chance to destroy medical records, badger parents, obtain interviews under false pretenses, falsify records, start fights in order to smear pro-life protesters, and even hire hit men. They manipulate the facts and stonewall investigations. People searching for the truth are arrested, maligned, fired, and attacked. It is implied that women who have had abortions either find “forgiveness” and become fiercely pro-life, or they are consumed with guilt and shame and will go to any lengths to defend abortion from criticism.

The abortion clinics themselves are painted as dark, foreboding, unsavory places focused only on fast profit. Early in the story, a clinic worker lies to a patient and tells her that her pregnancy test came back positive in order to pressure her into having an abortion. Girls are badgered into signing consent forms they haven’t read and pushed through the process against their protests. Everyone who talks about the clinics mentions the screaming of terrified girls and the shouting of impatient doctors. It is stated repeatedly that the clinics try to do as many off-books abortions as possible to evade taxation and reporting requirements. Anyone who has had an abortion talks about how pressured they felt, how angry and bitter the staff seemed, and how much pain the procedure left them in. Clinic staff members are portrayed as uninformed, uncompassionate zealots who are only concerned with completing as many procedures as possible.

The following quotation, given by the “expert” Doctor Matthews who performed the autopsy on the governor’s daughter Hillary, very clearly demonstrates the book’s overall portrayal of abortion clinics.

You have to realize, abortion clinics aren’t like your typical family practice. They’re under tremendous pressure from two sources: money and fear.

On the one hand, abortions are lucrative; you can bring in a lot of money in a short time with minimum effort. The more abortions you do, the more money you make, so the natural inclination is to do them as quickly as possible and cut corners if you can. You get the procedure down to just a few minutes, you get an assembly line going, and you don’t hire RNs to help in the back rooms because they get too pick about procedure, sterilizing the equipment, sanitation. All that stuff takes time, and you can have some thirty girls waiting in line …

On the other hand, you’ve got the intense political pressure over this whole issue, which makes you circle the wagons all the tighter to protect yourself from intrusion, discovery, regulation, standardization. If you slip up, the last thing you want is for anyone to know about it, least of all your peers. There’s also an unwritten code out there: you don’t snitch—you don’t make trouble.

That’s the pro-life view of abortion clinics, of abortion doctors, of women’s health workers, and of women who get abortions.

I first read Prophet several years ago, and I believed all of this.

It’s easy to understand why rank-and-file members of the pro-life movement are so opposed to abortions when these fictions are taught and accepted as fact. Re-reading now, and recognizing what I’ve learned about women’s health in the past few years, I was incredibly appalled. More than that, I was saddened. All these lies provide the foundation for “conservative values” in the evangelical community. The amount of misinformation is staggering. It’s just a shame. 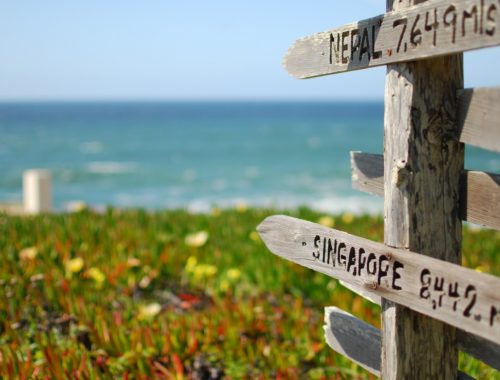 a fate worse than death