Thankfully, there’s no horrifying story opening Chapter Four of Radical, “The Multiplying Community.” This is one of the chapters I remember clearly from the last time I read this book because it contains an argument I’ve employed with church leaders fairly consistently over the last few years. I don’t agree with David on much– and there is, of course, things I disagree with him on even here– but the basic argument of this chapter makes sense to me.

David makes the case that the Great Commission isn’t about simply converting as many people as possible, but that our primary focus should be on the “baptism” and “teaching” aspect of Jesus’ command– and I agree with him on that:

Making disciples is not an easy process. It is trying. It is messy. It is slow, tedious, even painful at times. It is all these things because it is relational. Jesus has not given us an effortless step-by-step formula for impacting nations for his glory. He has given us people, and he has said “Live for them. Love them, serve them, and lead them” … (93).

I don’t know how ubiquitous “witnessing” or “doorknocking” is, but in the area I grew up in the practice was commonplace, as was street preaching. Every Thursday night we would canvas a neighborhood, trying to hit as many homes as possible. We would do our best to introduce the “Roman’s Road” (Handsome had never even heard of that, which shocked me, who’d had it memorized since she was eleven) and lead them through the “Sinner’s Prayer.” At the end of the evening we would report back on how many soul’s we’d managed to save. Once a month the teenagers would take the lead on the whole shebang, which led to some of my more humiliating moments.

The last church we attended was pretty numbers-focused, as well. The number of people who attended each service was a relied-upon metric and was promoted pretty heavily from the stage as well as through the pastoral staff. How “big” they’d gotten and how many people they’d convinced to attend a small group were pretty much the only standard for success we heard from anyone. When Handsome and I brought up the problems with relying on this metric– notably, that simply attending service once a week isn’t a good way to understand how people are growing to become more like Christ, which we understood as one of the main goals of this whole “Church” business– they were always dismissed. We don’t just see numbers, we see people, and that would be the only answer we got out of anyone. That exact sentence, usually.

David thinks all of that is ridiculous, and so do I. My blog is one of the ways I try to fulfill the “Great Commission,” but it’s not just the writing– it’s engaging with all of you. Getting to know you. I know all my regular commenters, and you pick up on things over time: faith struggles, how it feels to parent children, frustrations with partners or parents. If you write a blog, I’ve probably read a bit of it. Many of you I follow your blogs now and read them consistently. For all my lurkers– you’re in my thoughts, too. I care about you. I care about the way my words might affect you.

At the GCN conference I met with several people who are regular readers, but rarely or never comment, and it was amazing getting to see your face and meet you offline. To hear your stories. I’ve said it before but I’ll say it again: you are why I do this.

That seems to be what David is getting at with this chapter of Radical. I’m still confused on all of what he means by “sharing the Gospel”– on page 91 he says that it’s how people “come to faith in Christ,” but then he immediately turns right and around and starts talking about a married couple who help men and women in Tanzania start businesses. He leans on conversion-style rhetoric, and then he tells a story about how they opened a booth in Jackson Square for the primary purpose of sharing “Christ’s work on the cross” (95), but that ultimately ends up with them feeding the homeless there every few days … which results in a lot of those homeless people attending his church, a fact he doesn’t fail to mention (96).

This is one of the things that bothers me about David’s stance, but it’s hardly unique to him. It seems like he sees “The Gospel” as being the act of evangelizing and conversion, but that one uses the tool of “building a relationship with a person by helping them and loving them” as a means to get there.

My small group/book club/house church (we’re not exactly what we are anymore) is going through the Gospel of Mark at the moment, and the thing that is leaping out to me every week is that it talks about Jesus spreading the gospel … but the only thing he ever does is heal people and cast out demons and shout at the lawyers about how “God made the Sabbath for man, not man for the Sabbath” and “damn right I’m going to heal this person on the Sabbath, now you sit down and shut the hell up.”

Yes. I paraphrase Jesus like that. It might be sacrilegious, but I find it delightful. Anyway, Jesus’ version of sharing the gospel seems to not have much to do with conversion, but with loving people and helping them.

I do have one pretty serious problem with this chapter, though, and in my opinion it’s a fairly egregious failing. He bases his entire argument on his interpretation of Jesus’ ministry: that Jesus’s style of “discipleship” was to focus exclusively on the Apostles (88-90). His support of that comes from John 17, supposedly:

What is shocking is that when Jesus summarizes his work on earth, he doesn’t start reliving all the great sermons he preached and all the people who came to listen to him … Instead he repeatedly talks about the small group of men God had given him out of the world. They [the Apostles] were the work God had given to him. They were, quite literally, his life.

When you read through John 17, you cannot help but sense the intensity of the affection Jesus had for this band of disciples and the gravity of the investment he had made in their lives. (88-89)

Except he doesn’t actually want us to “read through John 17.” If you read the entire chapter, the second half of it starts off with “I do not pray for them alone.” I also disagree with the argument that John 17 is about only the Apostles. The attention the Apostles receive in the Gospels isn’t insignificant, but those books also heavily emphasize the fact that there were many people that Jesus considered his “disciples,” and it definitely included women (like Mary and Martha, or the women who went to the Tomb, just for starters). David erases the women who were utterly essential to the success of Jesus’ ministry (89, 93), and he downplays anyone who wasn’t a member of the Twelve.

In a way he comes by it honestly. Most of Christian history has done the same thing.

But, it disturbs me how willing David is to completely ignore anything Jesus did or said that doesn’t jive well with his argument. He opened Radical with the claim that we’ve all twisted Jesus into something he isn’t, but I’ll repeat myself: David is twisting Jesus, too. 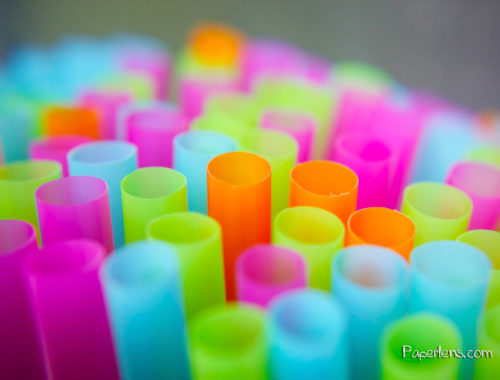 sin is not just a “heart issue”