church-hopping is good for the soul Attending graduate school, for me, was a bit like your average freshman year. It was the first time I’d ever been on my own, away from my parents, and outside of a legalistic system. For the first time in my entire life, I didn’t have some authority looking over my shoulder, watching and evaluating every single little thing I did, eagerly waiting for an opportunity to punish me. I could do whatever I wanted and no one was going to shame me, ridicule me, or chastise me. I could wear shorts in public without the leader of the cult finding out about it and then preaching a sermon dedicated to slut shaming. I could talk to a boy without every single person I knew jumping to the conclusion that we were either a) dating, or b) I was leading him on for attention.

I went a little bit crazy, and I enjoyed it.

For the first month I attended a large Baptist church for just the Sunday morning service. One Sunday I went to Sunday school, sat in the back, and kept to myself. I’m not exactly shy, but I dread meeting people. I’m not very good at the “social graces” or “small talk,” and I get so nervous I inevitably make some small faux pas that people probably barely notice but I agonize over.

I didn’t particularly mind sitting by myself and not talking to anyone– but this was a Baptist Sunday school, so being anti-social isn’t usually respected. The funny thing was, an older woman noticed I was sitting alone and went over to another woman about my age– and told her that she should say hello to me and sit next to me. The younger woman’s response was a teeny tiny fleeting moment of rebellion. She didn’t want to sit next to me. She did not want to talk to me. But, she dutifully obeyed her elder and approached me with that universal southern Baptist false cheeriness. I endured the conversation, said “yes, of course you can sit next to me,” sat through a terrible lesson on how Galatians 5:4 doesn’t really mean what it says, left, and then never came back.

For the next month’s worth of Sundays, I slept in. I slept in, on Sunday morning, and it was bloody fantastic. I didn’t even have a mock-church-service-at-home where you read your Bible and dutifully listen to a sermon podcast. I stayed in bed until eleven, got up and made pancakes, watched TV, went for a walk, and read a novel. It was amazing.

When I did eventually go visit another church, it was a Presbyterian church that was just starting in a high school gymnasium. We sat on metal folding chairs, picked up our hymnal from a stack by the door, sang a few hymns, a few worship songs, and listened to one of the best presentations of the gospel I’d ever heard. (That initially confused me– I thought Presbyterians were Reformed, and had always been told that those dirty rotten Calvinists don’t believe in evangelization. Turns out that was a horrible and gross misunderstanding of Reformed theology, but that’s a story for another day.)

I decided I was going to attend every single denomination possible. There were nearly 400 churches in this area, and I was going to try them all. And I did– over the next year, I went to a Catholic high mass, and another low mass. I visited Lutheran, Methodist, Episcopal, Non-Denominational, Pentecostal, Eastern Orthodox, Missionary Baptist, Free Will Baptist, Reformed Baptist, Evangelical Presbyterian and regular Presbyterian services.

And I discovered something . . .  all of them were pretty much the same.

This was a huge paradigm shift.

Took me a while to even believe it. When I first started attending all these different services, it was frustratingly difficult for me to sit, relax, and enjoy worshiping. At first I spent most of my time on guard, constantly analyzing, scrutinizing and reacting to minute details. I didn’t want to believe that all these different denominations could have something in common. That they all could be essentially the same.

I attended Independent Fundamental Baptist churches for nearly my entire life. One of them was a missionary church plant in Iceland that focused on meeting the needs of the military stationed there, so that one was barely IFB at all. However, the next three churches we attended in two different states had all the hallmarks of your basic IFB church. Out of the many factors that make a church Independent and Fundamental, there are a few that seem to be pretty basic:

1: distrust any form of hierarchy.
IFB governmental structures are fairly democratic– the entire church votes on every decision following the Congressional model (except for women. In the churches I attended, women were not allowed to make a motion, second a motion, or even be a part of the discussion. My church-cult allowed women to be in the room, but many IFB churches do not even allow that).
This distrust of hierarchy extends to being a part of a “conference” or a “fellowship.” They are Independent, and are accountable to no one. I now believe that this is one of the most dangerous elements in IFB ideology. There is zero accountability for any of the church leaders. Supposedly they answer to their congregation, but IFB pastors rarely, in actuality, answer to anyone. They are a power unto themselves, and it is incredibly common for a pastor to demand the loyalty of his congregation. I’ve heard dozens of sermons preached by missionaries, evangelists, preachers and pastors on how not supporting your pastor is a vile sin.
Being so forcefully independent means that any church that belongs to a hierarchy– like SBC churches, or any of the mainline Protestant denominations, is a sin straight from the pits of hell. IFB churches are “local” and “New Testament,” and they completely ignore the fact that the early church existed as a hierarchy, were smaller churches in different areas answered to larger, more established churches– like the one in Jerusalem.

2: hate Catholics.
I wish I could explain this well, but IFB folks hate Catholics. I grew up thinking that the Roman persecutions were the handiwork of Catholics. I read Foxs’s Book of Martyrs when I was nine, and was told that the Catholics had always persecuted “true Christians.” I was taught that Baptists were not even Protestant. Baptists had never been a part of the Catholic church, and had remained steadfast and true to Christ through the centuries.
This is absolutely hysterical, as the supposed “historicity of Baptists” claim that their heritage is inline with Montanists, Novations, Donatists, Albigenses, Waldensians, and Anabaptists. These groups bear hardly any ideological resemblance to Baptist doctrine. Montanists are closer to Apostolic churches, and were charismatic and not dispensationalists. Novation was a man who was sprinkled and not immersed, contradicting the very name “Baptist.” Donatists believe in a sacrament and works-oriented salvation, and do not believe in eternal security, two key Baptist doctrines. The Albigenses were gnostics. The Waldensians were, in fact, a puritan movement inside of the Catholic church, and thus fit the definition for “Protestant.” Anabaptists were the predecessor of the Amish, Mennonite, and Hutterite movements– not modern Baptists.
But, more than anything else, IFB people revile Catholics. They disparage any form of ecumenicalism as a lie from Satan.

3: it’s us verses them.
IFB leaders teach that they are the only ones who are teaching the truth. Every other denomination is a lie, a wicked perversion. Everyone else teaches heresies. Every other denomination is responsible for the debauchery of America. The Catholic church (and the “Catholic Mary”), is the “great whore of Babylon.” Every other denomination teaches a completely wrong view of God, and they do not teach salvation. I can recall the leader of the cult I was in preaching against every single other Baptist church in town (there were four others). The First Baptist church was corrupt. The on the north side of town was liberal, and they “catered” to the unsaved. The one in the center of town was a den of heathens. The one on the south side of town let Asians use their church building on Sunday afternoon, and that was clearly a sign that they didn’t have the true gospel.

I carried all of this baggage with me until I was twenty-three. I wasn’t even really capable of understanding of how what I’d been taught had warped my perspective and robbed me of the ability to see other Christians as friends, as cohorts, as co-laborers. I had been taught that they were my enemy, and that I had to be on guard at all times lest they pervert me with their twisted theology.

But, today, I attend a non-denominational church regularly, and me and my husband visit other churches when we want to, just for the experience. My childhood is gasping in horror at that– me, church hopping? Me, expanding my horizons? Me, refusing to believe that only one group can possibly have the only truth?

Yes, I tell myself. You should have tried it sooner. 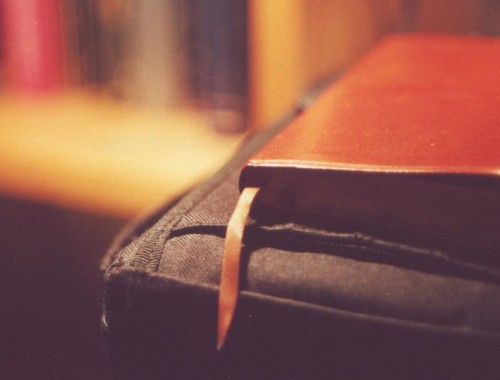 living without inspiration: the Bible and Me 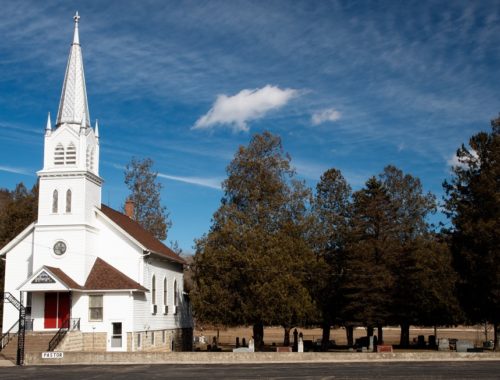