When I registered to vote in 2005, I registered as a Republican, and I followed the primaries closely during 2007-2008. I read a lot of papers, and magazine articles, and online analysis of the speeches and debates between the Republican candidates.

When McCain earned the nomination, I was a little dismayed. Out of all the primary candidates he’d been my least favorite, and when he announced that Sarah Palin was his running mate . . . well, I didn’t have a lot of respect for Palin. I felt that he was completely out of touch with the situation in Iraq, and I disliked that he seemed dedicated to maintaining the status quo and two financially ruinous wars. I was also uncomfortable with his response to the economy that summer. Overall, he did not inspire confidence.

That’s when I started looking at Barack Obama’s campaign. He wanted to disentangle ourselves from Iraq and Afghanistan– so did I. He was advocating for health care reform and pushing for universal health care, which I never really thought would make it out of a campaign speech, but was an idea I liked; and while I thought that alternative energy “solutions” are anything but, I did think we needed to invest in research, because being dependent on gas, oil, and coal just seems like a bad, bad idea.

I read an article in Newsweek that featured both Obama and McCain, posing the exact same questions to both candidates and publishing what seemed to be their full, unedited responses. It was an in-depth article, and reading it convinced me that I did not want McCain serving as my president, and while I was still on the fence about Obama’s economic policies, I realized that the only thing I really cared about that a President could control was getting our troops out of Iraq and Afghanistan.

So, that November, I filled in the little oval circle next to “Barack Obama (D)”.

Last year, when the woman at the DMV asked me how I’d like to register to vote, I answer “Democrat,” and I felt pride. I was owning my decision, owning my beliefs, owning how far I’d come, how I’d changed. How I was different. I was doing something that the 20-year-old me couldn’t have imagined.

In the six years it’s been since I first voted for a president, my political views have shifted dramatically. Interestingly enough, even after I’d voted for Obama, I still considered myself a typical Republican– leaning slightly libertarian, but pretty conservative. When I started graduate school and I met a dyed-in-the-wool Socialist, for a second I thought I might faint when she started challenging me on everything I believed about American economics.

I started doing research. I became pro-choice. I embraced government programs like SNAP and WIC. I support raising the minimum wage. I am worried about the consumer-based approach we have toward capitalism, and I’m starting to dislike capitalism in general. I don’t like how the astronomically wealthy have turned my country into a functional oligarchy. I find it abhorrent that conservatives have consistently pursued legislation that directly lead to disasters like the Elk River chemical spill. I hate the military-industrial complex and how the the balance of powers seem to be evaporating slowly, with the Executive branch consuming more and more power. I want marriage equality and for our government to recognize that gender isn’t a binary.

There’s no real label for what I am politically, so I usually just refer to myself as “liberal” because it seems like the biggest-tent term I can find. All I really know is that I’m not a conservative, not a Republican, and I sort of hate everything the Republican Party represents (I have my problems with the Democrats, too).

I got here because I started reading. I did research. I educated myself about the issues, and found out that most of the time a few simple facts was enough to revolutionize my political stance on an issue– and it’s extremely rare that I become more conservative, although that does occasionally happen.

So, when I’m on facebook, and I see a friend “liking” Rush Limbaugh’s status mocking the First Lady, I cringe. When I see others posting memes that make fun of liberal ideals like “feed hungry people” and “end police brutality” I want to scream.

Every time, I have to fight this reaction to assume that people who disagree with me are stupid. I’m usually successful in moderating that sentiment down to something reasonable like “this person is uninformed,” but that is a battle every time, and even then, it’s still not compassionate.

I want to assume that they just don’t know any better, but how patronizing is that? I am positive that there are educated, knowledgeable, intelligent Republicans. They exist.

But it’s become difficult for me to keep that idea in front of me when I see a conservative pundit spouting about something ridiculous and people I know rushing to agree or “like” it. It’s difficult because when I became informed, when I began educating myself, when I actually started doing research for the first time in my life, I became a liberal. Because that’s my personal story, it’s easy to assume that if people knew what I knew they’d agree with me, therefore they don’t know anything. But that’s dangerous, and wrong-headed.

It also wasn’t just “having more facts” that changed my mind. It was a simultaneous change in how I thought about people, and my responsibility to them. I stopped thinking in terms of individual responsibility and started seeing myself as a member of a community– and as a cis, white, able-bodied person, a rather powerful member at that. I stopped believing in the meritocracy. I opened my eyes to the reality of what it’s like not to be a white middle-class American. In a way, I feel like I grew a heart.

Which adds another layer onto my judging-conservative-people complex. Not only are they uninformed, they’re also greedy racist homophobic bastards that don’t care about suffering people. Which is also not true (at least, not for all of them).

I have to maintain a mentality that will allow me to honestly engage with people who disagree with me. If I enter every conversation I have thinking “they just don’t know anything and they hate everyone,” we’re not going to get anywhere, and it’s not just about politics– this extends to theology and social justice and relationships and… well, everything. 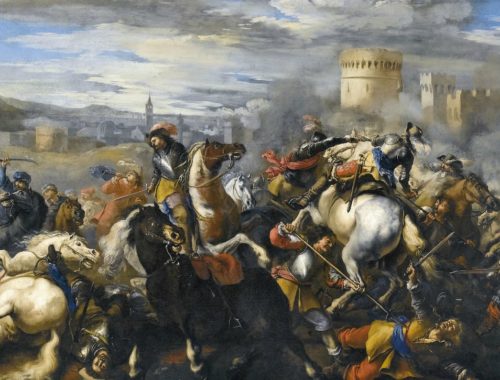