I thought it might be appropriate to use a picture of Wendy for today’s post since Helen dedicates four pages to quoting J.M. Barrie’s The Little Minister. I’ve only ever read Peter Pan, so I’m only really familiar with Wendy, but going by how Helen has virtually assassinated the other characters she’s used as “evidence” before, I think she’s exaggerating the girlishness in Babbie’s character (the romantic interest in The Little Minister).

And, while she spends four pages quoting Barrie, she spends only half a page talking about what we’re supposed to do when our husbands are angry with us. We’re to:

1) Exaggerate by words or manner
2) Distract his attention
3) Change the subject
4) Be submissive, in a childlike way
5) Be teasingly playful

How she goes on to describe how we’re supposed to do this is ridiculous. One suggestion is to put our hands on his cheeks, look him in the eye, and say “My prince, my handsome prince.” Dear lord– if I ever did that with my partner when he is upset with me? It would certainly not help. At all. But, according to Helen, this will guarantee that he “melts.” Gah. Handsome would not melt, I guarantee you. He’d probably look at me incredulously and then walk out of the apartment.

And, can you imagine being in a discussion with a grown adult and suddenly “changing the subject” because the person you’re speaking with happens to be upset with you? We should be able to have healthy, productive discussions that operate inside each other’s boundaries, and part of that means respecting you partner enough to hear them out. I’m honestly a little surprised that Helen is suggesting these tactics– they seem to upend everything else she’s been saying about how women are to interact with their husbands.

For the first time in a long while, Helen’s actually managed to say some things that I agree with. She says she’s going to teach women how “to ask for things the right way,” but as usual she starts out be describing “the wrong way.” Here’s where we actually agree– and for the first time I even don’t mind how she said it. She says that hints, suggestions, and demands aren’t effective, and I think she’s right in encouraging directness. She also spends some time saying it’s a bad idea to be the “self-sacrificing wife,” to never ask for things just to make yourself feel unselfish and noble, and I definitely agree with that. There is, however, one method where she goes off the rails again:

You may think of all the reasons why you are justified in asking for something. Then you take the matter to your husband to try to convince him, backing it up with your reasons. This method sometimes works, but it more often invites opposition . . . you appear as a decision-making equal, prompting him to say no, just to show his authority.

Any man who says “no” for no other reason than his wife has brought him a well-thought-out argument is not worth his salt. That Helen, once again, teaches that all men are like this is incredibly insulting. Malicious people are like this. Being a “man” doesn’t automatically make you petty and vindictive.

Also the ways we’re supposed to respond to the gifts we receive are just ridiculous. Yes, when my partner bought me a complete set of Collier’s Junior Classics after he’d heard me talk about how my childhood set had been lost, I sat there and cried because it made me that happy (same reaction happened when he got me a boxed set of Harry Potter in hardbound). Yes, I can get wildly excited and emotive. That doesn’t make my enthusiastic reactions the only right way to respond to a gift. My personality is not every woman’s personality, and that is perfectly fine. But, not to Helen it’s not. In order to be a fascinating woman, we have to eviscerate our own personalities and become this  . . . hideous thing.

The last part of the chapter, though, just made me laugh.

If you want to create some youthful styles of your own, especially housedresses, visit a little girl’s shop. There you will see buttons and bows, plaids, pleats, stripes, jumpers, daisies . . . all of their clothes are pretty.

I just about died laughing at the mental image this conjured up. Seriously? Her best advice to “appear youthful” is to dress like a toddler from the Victorian era?

Also, I just googled “hairstyle ribbons” and “hairstyle flowers” and all the most of the results you get for grown women are bridal styles, which, admittedly, can be gorgeous, but it made me wonder . . . women probably are putting flowers and ribbons in their hair on their wedding day to invoke this image of youthfulness and girlhood . . . and, well, probably virginity, too. Our culture is obsessed with our women remaining permanently young, and I’m beginning to think that by “young” we don’t mean “early 20s” but “12.” 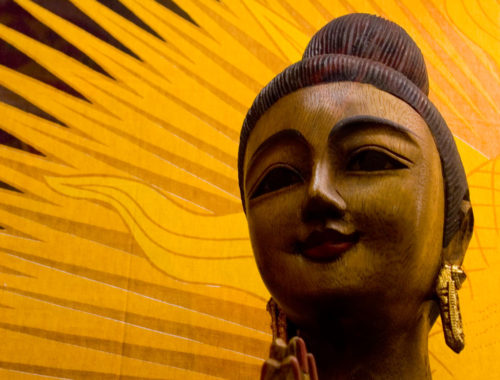 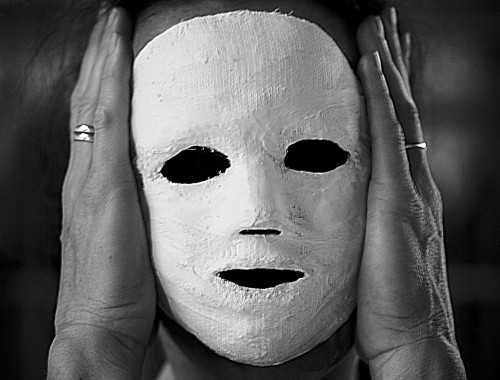