raised to be a monster

I sat on the couch in the nursery, playing with some loose threads while I watched Mrs. Grace* entertain the baby on her lap. She’d been playing peekabo for the past few minutes when she suddenly saw the baby, Anna*, notice her necklace. It was an antique pendant watch with delicate scroll work, and Anna seem fascinated by the movement of the hands. Mrs. Grace dangled the pendant in front of her, telling her “it’s ok, you can touch it, go ahead.”

I sat there, impressed and in awe. Anna was an infant– just a few months old! How had Mrs. Dianna done that? I marveled. It was amazing what consistent discipline could do!

When I was sixteen, I got into an argument with a boy at church. He was a public school student in a church that idolized homeschooling and had been severely mocked for it by most of the kids at church. He’d called homeschoolers uneducated idiots, I’d called public school students homicidal maniacs, and we’d ended up yelling at each other and then not speaking for the rest of the night– or the week.

The next week the ride home from church was dead silent. I could tell that my father was angry about something, but I had no idea what, although I had the sense that it was directed at me in some way. When we got home we went straight to the bedroom and he pulled out a yardstick and told me to bend over. He told me that I was being punished for being cruel to a boy at church, which left me confused and frightened. I had no idea what he was talking about. I protested and tried to explain my confusion, but it didn’t matter. I received a spanking– and, true to the Pearl’s methods, he continued spanking me until I displayed repentance and contrition and all signs of rebellion were gone.

He broke six yardsticks over me, eventually switching to his leather belt. The spanking went on for forever, because I continued to say that I was innocent, and that was rebellion. The next day, I couldn’t sit down, and when I looked in the mirror I saw that I was beginning to bruise– badly. It was the first and only time a spanking had ever left a mark, and it left me with a vague sense of pride that I’d endured so much.

A few days later, when I was sitting on the edge of my seat, leaning forward, at the dinner table, my father grew frustrated. “What are you doing that for? Stop being so melodramatic.”

I calmly explained that I couldn’t sit down normally, and I saw my father’s eyes widen. He told my mother to look at me, and when we emerged from their bathroom, my mom looked at my dad– but I couldn’t read her expression. “I think her tailbone is broken.”

I watched my father’s face as it cracked. Horror burst into his eyes as they filled with tears. He pulled me into a fierce hug, and I could feel him cry into my hair. He apologized, over and over, begging my forgiveness.

I was confused as I stood in his arms, frozen and stiff. He’d done exactly the right thing. He’d done what I’d been trained to believe was the only possible way to “train up a child in the way he should go.” He was only doing the best possible thing for my spiritual well-being.

“I can still chase you down and beat you.”

I winced. It’s nothing, Samantha, I told myself. Don’t over-react. It’s just a joke– a joke most parents use at some point. It doesn’t mean anything. I felt my knee start bouncing and tried to calm myself. He doesn’t actually mean “beat.” He’d never do that.

As the sermon continued that Sunday morning, my mind kept flicking back to that moment. And I kept reminding myself that “beat,” in my culture, is a euphemism. It doesn’t actually mean beat for most people. Hardly anyone would do anything substantially more than a swat or two.

And, then, suddenly, he started talking about a couple of new parents bringing their baby to church, and man, don’t you just wish you could spank that baby? And then he laughed, and said “of course I’m being facetious. No one would actually do that, that’s crazy.”

But all I could see was Anna’s face, staring at her mother, as it transformed into a mask of fear and terror. Her mother hadn’t had to lift her hand, or yell, or rage, or do anything. She simply pursed her lips and wagged her finger, and that was enough to ensure that Anna was frozen and helpless. I just barely managed to survive getting out of the auditorium. The entire time we made small talk in the lobby, I wanted to vomit. During the drive home I chatted idly with my husband, flinching every time Anna’s face appeared in my memory, her eyes wide and her lip quivering. I made it all the way to lunch– and then I broke down.

“He thinks it’s funny because he doesn’t think anyone would do that, but I’ve known people who not only do that, they think it’s biblical. Oh, God, I was one of those people. I thought that there wasn’t anything wrong with spanking a baby. I believed that it was biblical and right to spank a baby. I was one of those monsters!”

And my husband held me as I sobbed.

I’ve told that story about Anna and the pendant countless times since that day. I’ve expounded on all the marvelous benefits of child training often an early, and the importance of consistency and, of course, never spanking in anger. I’ve talked about that night when my father broke my tailbone as if it were a funny story– a hilarious anecdote that I shared when a bunch of us homeschool kids got together and started swapping impressive spanking stories. I was basically repeating, verbatim, the teachings of people like Michael and Debi Pearl, who wrote No Greater Joy and To Train up a Child. One of my mother’s best friends had given her both of those books, and I read them like they were gospel growing up. When I was a mother there would be no screaming. When I was a mother I would house-proof my baby, not baby-proof my house. When I was a mother . . .

Telling these stories, today, however, I’m trying not to cry. Because, looking back, I can see the twisted evil of everything I witnessed and experienced.

What makes it so evil is that what teachings like what’s found in the pages of books like To Train up a Child turn good, amazing, loving, responsible parents into monsters. My parents loved me– they love me so much I can barely understand it at times. They’ve constantly supported me, they’ve stood up for me, they’ve defended me . . . they love me, and they always have. It’s because they loved me that they fell in with these ideas. They desperately wanted to be the best possible parents that they could be– and they believed that what they were being taught was the only way to be good parents. Do this and your children won’t depart from these ways when they are old. They didn’t know better, and they looked around at all the parents who were following these methods, and their kids were so happy, so content, so well behaved.

So, in the name of how much they loved me, they were led to do abusive things.

It has nothing to do with my parents being abusive people. They are not abusers. What is so frightening about these teachings is that they blur the line so badly. They’re insidious, because to parents who have absolutely no desire to harm their children, these teachings, on the surface, seem alright. There seems to be cautious admonishments for parents to have discernment– all the while telling them that if you do not drive rebellion out of their heart you are damning their very soul. And when you’re involved in these sorts of circles, it turns into a downward spiral. The methods escalate, the attitudes become more severe. Parents are sucked into viewing their child as the enemy– you are in a constant, never-ending battle for the fate of your child’s soul, and you cannot give up.

Writing about this is difficult– I’ve been avoiding talking about this for months. Because these sorts of stories– they are not representative of who these people are, especially not my parents. But, with all the stories that have been coming to light in the past month, I felt it was time to speak. I’m not Lydia, or Hana— but most of us aren’t. Most of us have stories like mine– stories of parents who were only trying to do their best. 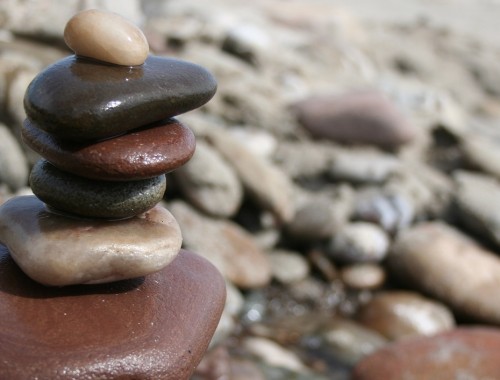