Today’s guest post is from Timothy Swanson, who blogs about his literary explorations at Diary of an Autodidact. “Learning the Words” is a series on the words many of us didn’t have in fundamentalism or overly conservative evangelicalism– and how we got them back. If you would like to be a part of this series, you can find my contact information at the top.

As in so many other aspects of the Fundamentalist/Christian Patriarchy worldview, the twisting of the meaning of words comes through a long series of half-truths. An idea that is true to a degree will be taken just beyond that degree. Then the next idea builds on that, and so forth, until the original meaning of a word has travelled so far from its intuitive and normal meaning that it almost cannot be recognized.

Let me explain how this happens for the concept of “love.”

Throughout Christian culture – and even in our culture in general – there is the idea that “love” isn’t just a feeling. It is an active word that must manifest itself in our actions, not just in our emotions.

As I noted above, statements like this are true, to a point. Love, in the deep sense, cannot be merely an infatuated feeling like “puppy love.” If you really love someone, it will come out in actions. Country Music singer-songwriter Clint Black wrote a delightful and mushy song, Something That We Do, which captures the good side of this idea, the intertwining of emotion and action. Our feelings of love and our loving actions feed on each other, support each other, and together make up this messy, complicated thing we call love.

The next step in the progression gets more interesting, however. Most of us Generation Xers are familiar with the concept of “tough love,” which was a bit of a trend and a buzzword in the 1980s and 90s. In essence, it was a refusal to enable self-destructive behavior. When one truly loved another, one would not contribute to a person’s self-destruction. Thus, it would not be loving to give one’s child money to buy drugs, for example. Or lie to protect a loved one from the legal consequences of committing a crime. The point of “tough love” is that by refusing to protect a person from consequences or contribute to bad behavior, one would be doing the more “loving” thing. The best result would be for the errant person to bottom out, and make a change for the better, rather than stumble along due to the enabling. Again, this idea is largely true, to a point.

Let’s follow the progression. Love is an action, not just an emotion. Enabling self-destructive behavior is not a loving action. Allowing a person to suffer the natural consequences of bad actions is the loving action, because it is more likely to lead to a change in behavior. We parents do this to our kids sometimes. A child might miss an opportunity to play with friends because he or she didn’t finish the schoolwork, for example. This is part of good parenting: teaching children to link actions and consequences, and take responsibility for their choices.

To this point, we haven’t gotten off track, but we have set the groundwork for what follows.

The next link is this: love means wanting and seeking “the best” for the beloved. Now this one is a genuine half-truth. Sometimes it is true. If a person also desires the same “best,” then it would be loving to help support that person in seeking that “best.” But what if something that is “the best” isn’t desired by the person? Let’s say I think that the “best” for one of my children would be a degree in medicine. That’s a good thing, surely! Unless the child would prefer a less lucrative career. Would I really be loving by wishing for the “best” rather than the “good enough” that my child wants? This is a dilemma for all of us in a variety of situations.

What comes next? For Fundamentalists, the next step is the definition of “best.” The “best” isn’t some subjective standard. “Best” means God’s best. It means God’s will for a person’s life. It means doing things “God’s way.”

Again, this is a half-truth in practice, if not exactly in theory. In theory, pretty well all Christians would agree that our goal in life is to do God’s will, to follow Christ, and so forth. So far, so good.

But it goes wrong in Fundamentalism because of the next turn. This requires a few assumptions:

THUS:
Love for a person is expressed by telling them to follow the fundamentalist rules.

Or, if that fails to get them to follow the rules, taking other actions to force them to do so. Nagging. Coercion. Expressing disapproval. If possible, forcing them. In some cases, shunning until the rules are followed.

For some surprising reason, the recipient of this “love” usually finds the “love” to not be particularly loving.

Thus, the series of half-truths twists the meaning of “love” as it is commonly understood until it is unrecognizable. I actually had a Reconstructionist friend of a friend make the claim that forcing people to obey God’s law was the same as sharing the Gospel with them. Not “as important as,” not “similar to.” The same as. Because forcing people to follow the rules is now defined as the best way to show love. As the most extreme example, I would wager that Fred Phelps (“God Hates Fags.”) believes he is loving.

Because of this new definition of love, certain things that are generally associated with love can be disregarded. How about communication? Seeing the other side’s point of view? When one already knows God’s position on everything, that is all that is necessary (conveniently, you already know God agrees with you). Empathy? Not so much, obviously. Bearing each other’s burdens? Those burdens are self inflicted in the fundamentalist view. First start following the rules, then we talk.

The result is this: the twisted definition of “love” enables the fundamentalist to believe that he or she is loving while engaging in behavior that is, in reality and common understanding, unloving. 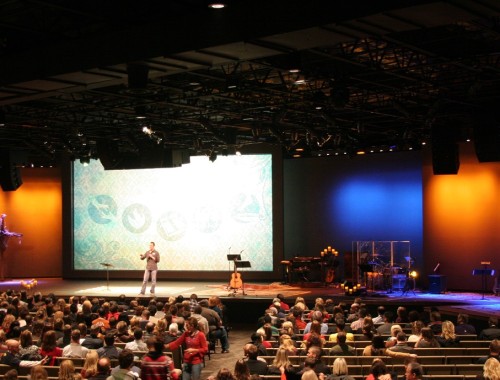 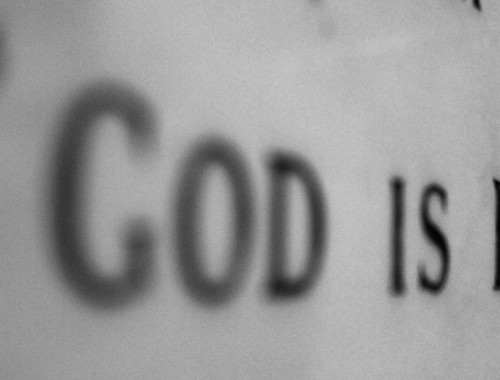