When the speaker walked up to the platform, he pulled a piece of fencing behind him. It looked like a Norman Rockwell-style white picket fence, complete with painted grass along the bottom. He set it up where the podium ordinarily was and launched into his chapel message. During the course of his talk, he moved around the white picket fence, moving closer, then farther away, at times knocking it over and jumping over it pell-mell. He was using it as illustration, and it was simple enough, powerful enough, to stick with me. It provided a helpful mental image, especially when coupled with the main thrust of his message:

Fences are there to protect us.

Fences keep us safe– they keep dogs inside the yard, they keep children from running out into the street. Some fences can even keep things out– like the seven-foot-tall chain link fences with barbed wire that surrounded campus. Fences, he said, are good. And not just the literal fences– especially not the actual fences we pin around our yards. No, the most important fences are those we use to protect our hearts, our spirits, our morality, our souls.

It’s not hard to tell what sin actually is, he claimed. Take sex, for example. Obviously, having sex (and by this we all knew he meant heterosexual vaginal intercourse), is a sin. That’s crystal clear, he said, and we all nodded along. But what about everything else? he asked us. What about… kissing? French kissing? Cuddling? Are these things sin, too? And he told us, no, probably not, but shouldn’t we avoid doing them anyway? Remember your fences— they are only there to protect us. To keep us from sin. If we never even cross the fence, there’s no way we can go anywhere close to the sin.

When I talk about the way I was raised– which, in real life, is not very often– I get a lot of significant looks. And I’ve found it doesn’t typically matter how brief I try to keep it, or how minimal a detail I reveal. Mouths drop open. Eyebrows disappear into hairlines. They choke, their eyes go wide, and they start sputtering things like “what?!” or “that’s insane!” or “holy shit, how did you survive that?”

And “that” is almost always legalism.

And that? That is nothing.

But it’s the part of my life that I think is funny.

I tell stories about how the Dean of Student Life at my undergrad college had previously worked as a prison warden– and was proud of it. I joke about people carrying rulers around to make sure that my skirt was exactly three inches below my knee. I bandy around with all the crazy stories– all the ways that my life experience was so horribly different from theirs. About how boys and girls couldn’t sit next to each other, how there always had to be at least an entire chair or a foot of space between them. How we sewed all the kick pleats in our skirt shut, because skirt slits are like playing peek-a-boo with the backs of our calves. How I have five-minute-long songs memorized on why the King James is the only good Bible.

It’s the part of me that rarely ever bothers me at all, really. Living under it was oppressive, don’t get me wrong, but now… it’s mostly just something I can brush off and ignore. It’s fodder for good stories, and that’s about it.

So, when I start trying to talk about my experience, trying to explain what exactly about it that was so horrific, I am eternally frustrated by the fact that the only thing many people seem to hear is the legalism. And they respond with sympathy– “oh my goodness! All you went through was so horrible! I can’t imagine trying to live under the weight of all those rules! How like the Pharisees they were! Legalism is so awful!”

And then they move on, almost completely untouched, and I want to scream and pull my hair out because, to me, it feels like they’ve completely missed the point. Yes, legalism is awful. You won’t get any argument from me.

But legalism isn’t the problem.

Rules– they can be good. Healthy, even. Even when there’s a lot of them. Just because a system has what seems to be the presence of a lot of arbitrary rules doesn’t necessarily make it bad. I can understand why that seems counter-intuitive– to us Westerners, where individuality, autonomy, and independence are some of the most crucial parts of our identity, rules seem innately oppressive. Less rules somehow equals more freedom, and freedom is good. But that’s not always the case. Even though it’s difficult for me to understand Shari’ah  law, I can understand that the rules are not what make it oppressive in some places.

It’s the beliefs enforcing the rules.

But I have a much harder time explaining that, and when I start talking about a subject that includes some level of legalism– like “modesty,” for example– it suddenly takes over the conversation and it’s like we can’t focus on anything else. I want to talk about the beliefs, the entire complicated, messy, nuanced system that under-girds all the legalism, but then it all gets de-railed with one aside of “oh, I totally understand what you mean! Aren’t those rules so ridiculous? We just need to get rid of the rules, and then everything will be peachy!”

Or, I’ll read an article, blog, a facebook post, and they’ll build an entire argument around “we have to keep the spirit alive, but just get rid of all these pesky rules. Freedom in Christ, yo!”

And all I want to do is start stomping my feet and shouting “no, no, NO, NO, NO!”

Because the spirit, the beliefs, the ideas, the system that keeps the legalism alive is the problem. There’s nothing there worth protecting, and all of it deserves to be destroyed. Because this system is built on an ugly foundation of power, abuse, domination, and control. The people who perpetuate it aren’t there because they genuinely love people and want to protect them. Legalism gives them the power to wield massive control over entire groups of people– but they can only do that not because of the rules, but because of belief.

Belief in a God whose most dominant, over-riding characteristic is a demand for absolute righteousness, for the acknowledgement of his children that they are completely broken, miserable, worms, barely even worthy of his attention. Belief in a God that is so gracious and loving that he daily overcomes his disgust, his revulsion, to reach out of heaven and show mercy to us. Belief that we, as humans, must exercise all of our resources, all of our attention, in a daily battle to crucify our flesh and take up our cross— but these words mean something different, something harsh and bleak and wretched. Belief that everything about our human experience is tainted, stained, and worthless– that there isn’t anything that can be enjoyed, because all of it is unclean. Our bodies, our music, our entertainments, our world– all of it is is ruthlessly designed to pull us off the straight and narrow, and that if anything feels good, it must be bad, and if we enjoy something, it is only because our hearts are deceitfully wicked and who can know it. We must not ever follow our heart, trust our instincts, go with our gut, because that is only lust and once it has conceived it brings forth death.

That is what is underneath it all– dark, creeping, insidious.

Because I believe something different.

I believe in a God whose most all-consuming characteristic is love, and it is that love that drives everything else he does. I believe him when he says that his very existence is that of love, and I trust in him because he loves us so much that he is angry with what we do to ourselves. He hates the oppression, the power systems, everything that exists that allows one person enslave another.

I believe in a God that is so gracious, merciful, and loving, that it compels him to continually create a world where justice and equality will be true of all of us, a place where there will be no fear, no doubt, no pain, and that he works with us, his creation, to build this world.

I believe that we, as humans, must exercise all of our resources, devote all of our attention, to loving our neighbor.

I believe that God looked on everything that he had made and called it good. 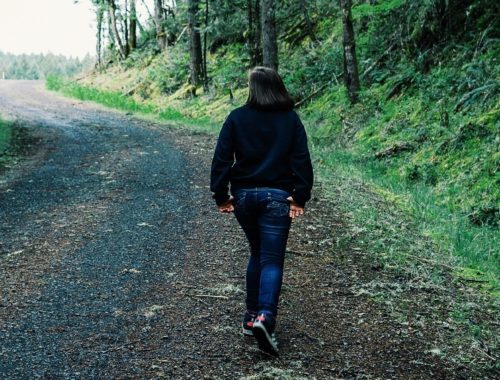