importance of being honest

Currently, I am on vacation in Florida, so this will be my post for the week. I’ve gotten some  ideas for the next few weeks (and I’m going to start a long-scale project for which I am very excited to begin in a bit). There’s some issues that I really need to tackle, just for myself, so it’s going to be hard, rough, slow going for me. I may not be able to post every week day like I have been, since I’m going to have to slug through these issues at my own pace. But, I think they’re becoming more important for me to really wrestle with, so I’m finally doing it after avoiding it for weeks.

But, for the moment, I am on vacation. Last night I went and saw a performance of The Importance of Being Earnest by Oscar Wilde. If you’ve never seen it the play performed, the film adaptation is pretty solid (after all, who doesn’t love Colin Firth in Victorian frippery?).

The most hysterical part was the location of where I saw this play performed: I was at my undergrad college. I’d seen it performed there a little under ten years ago now, and it never occurred to me back then how funny the play actually is in that context. The Importance of Being Earnest is a scathing critique on Victorian society, and Wilde spares no one. Like all excellent satire, he makes a mockery of the rich and powerful: their social dynamics, their priorities, their politics, their ideals.

My undergrad college shares all of the same issues.

The play advocates toward a more post-modern understanding of human interactions and the rules and boundaries we set, and it especially critiques the Victorian (read: complementarian) approach to gender roles, which Wilde portrays as completely ridiculous to the highest degree. My undergrad college idolizes those roles to the same ridiculous degree that the characters act out.

What made it so horribly ironic was that the audience was completely blind to the fact that the play was satirizing them. I was laughing my head off the entire way through, and many people were turning around and staring. They had no idea what the play was actually saying about the way they choose to live. It was weird to be the only person to get the joke. Normally, I’m the one who doesn’t quite catch on to the cultural references.

Handsome even pointed out the quote they chose to open their playbill: “The truth is rarely pure and never simple.” He just laughed and commented that it was a strange quote for the college to endorse, since they proclaim that the truth is always pure and simple. They probably only saw it as some of the nonsense Algernon Montcrieff lets fly throughout the play and used it to comment on the Liz Lemon–style “TWIST!” at the end. They have no idea how very true that statement is.

Also, side note: I wore a Grecian-stye wrap dress with a deep V neckline. Oh, the judging judgment and the glares that would have roasted me alive a few years ago. Seriously, guys, mouths dropped open and claws came out. It was spectacular.

Enjoy this week, and I’ll see you on the other side. 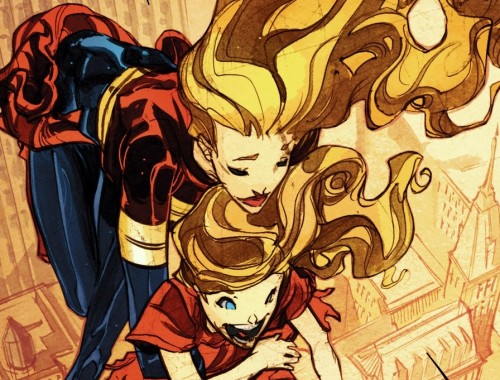