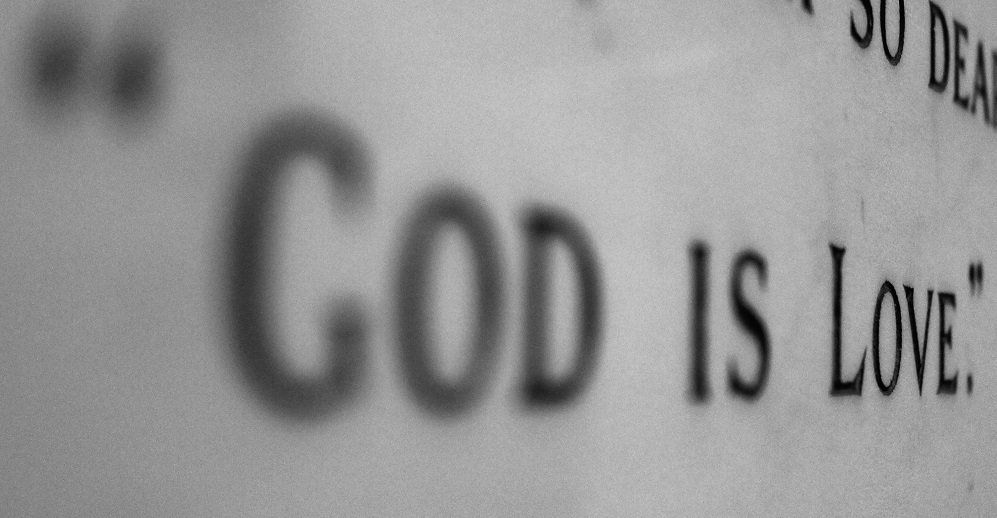 After my family left our fundamentalist cult, and my life turned upside down –many of the things I’d been told were “true” started unraveling. I started seeing patches of my life, of the way I had been taught to think, were hideously wrong, and I began asking questions. That’s when I also realized that the people I knew were incapable of answering them.

So, I started reading apologetic works, and they were helpful. They told me that the answers existed, that someone could believe in God and still be a rational creature, but they weren’t filling my new craving for more. I set aside all the apologetic authors I was familiar with and struck out for new territory. I wanted to know more than just what Christians thought, I wanted to see if Christian rationalizations could stand up to harsher critiques. One of the first books I picked up was Richard Dawkins’ The God Delusion, and I read this:

The God of the Old Testament is arguably the most unpleasant character in all fiction: jealous and proud of it; a petty, unjust, unforgiving control-freak; a vindictive, bloodthirsty ethnic cleanser; a misogynistic, homophobic, racist, infanticidal, genocidal, filicidal, pestilential, megalomaniacal, sadomasochistic, capriciously malevolent bully.

The thought flitted through my head, as I was reading, that I was supposed to be horribly offended by this description. But, I wasn’t, because in a searing moment of understanding, I knew that this description fit the god I’d been taught to know perfectly.

The claim that Christian fundamentalists tend to be a hateful bunch is not new. We all know the nonsense that Westboro gets up to. John McTernan, founder of Defend the Faith ministries, blamed Sandy on Obama’s re-election. Jerry Falwell, known for his Moral Majority, blamed 9/11 on feminists and the ACLU. I grew up quite certain that Sodom and Gomorrah was destroyed for homosexuality—when Ezekiel teaches that the sin of Sodom was greed and ignoring the needy. Pat Robertson called the Northridge earthquake, a disaster that killed 60 people, a “blessing in disguise” and blamed it on abortion.

The god I knew growing up was, above all else, wrathful. He rains down fire and torment on the wicked. He destroys anyone who opposes him. He punishes us for our sin. He is not to be mocked, and our sin will “find us out.” I heard more sermons preached on Jesus’ “righteous anger” (a phrase never found in Scripture) than on his tenderness and compassion.

I’ve read and heard that if God loved those who “don’t love him back,” then that would be a “dysfunctional relationship.” That a “God of love” is “completely alien to the Father.” I’ve heard evangelists claim that a “God of love” is the “greatest single Satanic doctrine infecting the Church.” Every time I heard someone say the words “God is love,” they were instantly followed by “but he is holy and righteous.”

God’s love, to a fundamentalist, must always be a “but” statement.

Our relationship with God, to a fundamentalist, is not based on love—it is solely based on fear. The fear of the lord is the beginning of wisdom. We are to come before God with fear and trembling. If I approached God in prayer without quaking in my boots, I was not practicing humility before a terrible and mighty God. Everything I knew of God was related to his power—he could strike me down, just for lying, like Ananias and Sapphira. He could, and he would, destroy me for rebelling against my authority, which is “as the sin of witchcraft.” The God I knew did not love me. He sent his only begotten Son to earth not because he loved me, but because God had promised in the Protoevangelium (Gen. 3:15) that he would, and God cannot break his promises.

Why? Why do fundamentalists chose fear over love?

The answer, I believe, is that men and women who are afraid are men and women who can be controlled. Fear separates us from the world. Fear prevents us from seeking help. Fear keeps us trapped and ensnared in what we’ve been taught is “true.” Someone who is free to love God, who can have a real relationship with him, is a person whose ultimate authority is not the pastor, but her independent, unique experiences with her Father.

A few weeks ago, I was up until five in the morning, clinging feebly to calm and peace of mind. Hysteria and panic crept closer as the hours went by; I felt cornered and alone. I was wrestling with Deuteronomy 22:24, where it says that a rape victim should be put to death for “not crying out” even though she was “in the city.” I had always known this passage existed, but I had never dwelled on it. I read it as a child and barely remembered it was there. But events earlier that day had brought it to the very front of my attention, and I could ignore it no longer.

And when I tried to wrestle with it, I found that I was completely lacking the ability to face it. The single thought that God’s Old Testament law condemned me to death—because I had never “cried out,” because I had waited two years to tell anyone about what had happened to me—spun around my head endlessly. A merry-go-round of shame, guilt, and terror took over. I felt, in my marrow, in the corners of my heart, in the depths of my stomach, that I repulsed God. That God could not possibly love me—me, a woman who had not cried out.

My fundamentalist indoctrination condemned me, and in those hours, I felt like I was groping in the dark. My husband held me as I rocked and cried and begged God to show me a way out of the darkness of that night. But, the only things I knew about God were his wrath, his righteousness that cannot let sin go unpunished, his might, and his terrible power.

When my husband left for work after staying up with me all night, he handed me my Bible and told me to read the gospels—to find every encounter Jesus ever had with a woman. To see who Jesus really was. And, for the first time, as I read, I could see a pattern. Jesus spent his time with people who were broken. He reached out to the oppressed and the marginalized. He refused to engage with the stereotypes of his culture, the ones that told him who he couldn’t be seen with. He acknowledged, over and over again, the humanity and identity of women in the midst of a society that treated women as property. Nearly every single one of his interactions in the gospels was with someone who had been abused, who was hurting. And the truth came on like a dawn.

Jesus loves me. God loves me.