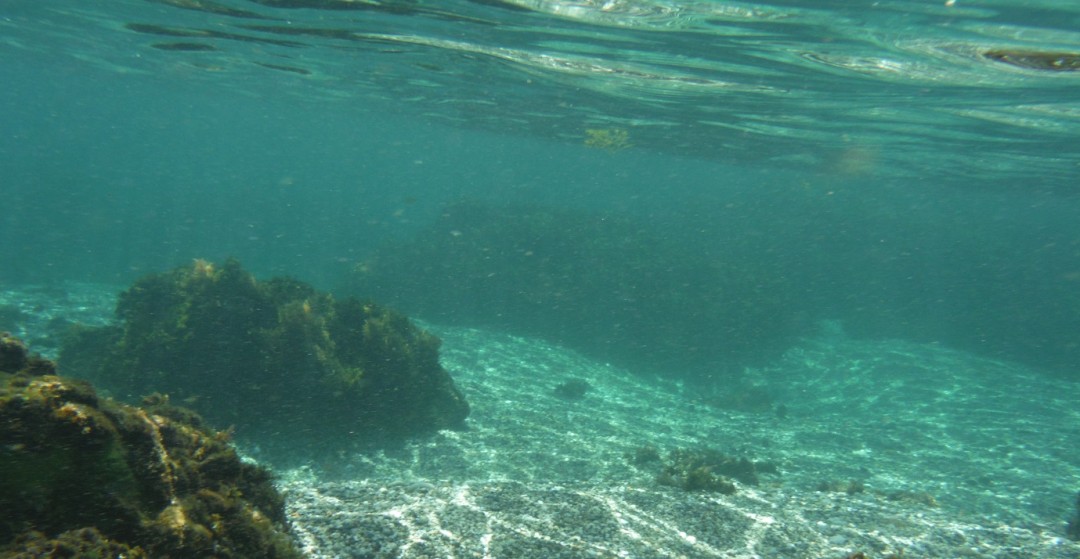 In order to finish my grad school application, I had to take one more English class, and I chose to take American Women Writers from an online university, as it seemed the most interesting– the literary canon at my undergrad was dominated, nearly exclusively, by WASPs (White Anglo-Saxon Protestant– I’d never heard this term until grad school). The only time I remember reading anything by a female author was an excerpt from Uncle Tom’s Cabin and “A Good Man is Hard to Find” by Flannery O’Connor for my American Literature class, and Pride and Prejudice and Middlemarch by George Elliot for British Novel. Everything else I read was written by men– even in my English Literature class, as we completely passed over any of the female Romantic and Victorian writers– and didn’t cover post-modernism at all, except for T. S. Eliot’s The Hollow Men, as he wrote that post-conversion and was acceptable. I was totally unaware of the sometimes revolutionary achievements of women in literature, and the first time I heard references to women writers was in the context of Goblin Market by Christina Rossetti — and the only thing she could say to describe it was that it was a “disgusting, horrible little piece and you should be glad I didn’t make you read it.”

I didn’t even realize that this was a gaping hole in my education– that eliminating the feminist writers after 1850 was a deliberate, universal choice made by my university’s professors. I had no real idea the lengths they went to in order to nearly deify the men in the canon. Charles Dickens and Mark Twain were the best, most important writers in English and American literature– and that’s all anyone need know. We even avoided male authors who wrote somewhat feminist views into their writing, like Oscar Wilde. Lolita was treated as barely more than erotic fiction. We never discussed the systematic oppression of women in Victorian England– not even when we read The Mayor of Casterbridge and the main character sells his wife in the opening chapter. My professor made a brief comment on how selling your wife was a common legal practice, and then she moved on.

Even though I wasn’t aware of this gap, I still somehow felt the lack, and my curiosity compelled me to take a class on women writers.

It was one of the most miserable experiences I’d ever had.

I hated most of the books we were required to read. The Bell Jar by Sylvia Plath repulsed me– Esther’s character was so… so blind. Why wasn’t she grateful for all those amazing opportunities that just landed in her lap? I grew angry with the characters in The Joy Luck Club, as every single one of those daughters spent the entire book disrespecting their mothers. The events in Sethe’s life of Beloved shocked and horrified me. How could she possibly do that to her child? Don’t even get me started on The Poisonwood Bible (stupid book making Christians look bad).

But no book infuriated me more than The Awakening by Kate Chopin. I had trouble even reading it through until the end, and when I reached the final scene when Edna begins swimming, I threw it down in sheer disgust. Her character and all of the events in the plot disgusted me. Edna Pontellier was the absolute worst character I’d even encountered in literature. I despised her.

I also didn’t really like any of the other characters in the book, but the only character I could stand at all was Léonce, Edna’s husband. He could still be maddeningly difficult, but I could at least sympathize with him.

So you can imagine my dismay when most of the postings on the online discussion board were about how much my classmates disliked Léonce. I had trouble taking that in. They liked Edna? How in the world could anyone like that insufferable woman! So, I wrote this:

It was difficult to read about these characters because I reacted so viscerally.  I was drawn to Léonce Pontellier for mostly negative reasons—I liked him because I did not like anyone else. Edna was a selfish, childish, petulant, ego-centric person before her “awakening” and that transformation only exacerbated serious character deficiencies. Adele forces her opinion on other people. Mademoiselle Reisz encourages self-absorption and illicit sin. Robert is a manipulative cad. Léonce is the only central character that acts with morals, principle, character, and is also the only person to have the true motivation of love.

Although he was a man of his time, and hence a bit controlling with a great many expectations, none of those expectations were out or proportion or overly demanding. He is devoted to his wife—he sends her chocolates when he is away, and the night that she refuses to accompany him to bed, he sits with her. When he does express concern over Edna’s complete disregard of responsibility, he does it reasonably. He doesn’t care if she decides not to receive callers— he just asks that she offer an explanation. He doesn’t mind if she pursues art—but he does mind the complete neglect of the household and the children. He tries to keep her focused on the value of her family and her friends. After he consults the doctor, he does his best to “let her alone,” hoping that Edna will come to her senses and see how much he loves her. Not without his own faults and shortcomings, he does his best in a difficult situation. Even after his wife tells him that weddings are a sham and to “go away, you bother me,” he tries to do what is right by her. Maybe if Edna had been mature enough to recognize that she possessed the heart of an honorable man she might have responded differently.

Holy…. mackerel was I BLIND.

Son of a biscuit.

If you’re familiar with patriocentric and complementarian rhetoric, you should easily be able to see how it came spewing out of me, here.

I’ve since read the book again. I’ve read all of these books again, recently.

Esther was a woman born into a society with mountainous expectations and a complete disregard for her suffering.

The Chinese daughters in The Joy Luck Club were caught between two worlds, two cultures, and struggling to make sense of their reality– to love and honor their mothers, and yet still be their own person.

Sethe knew her daughter faced a lifetime of horror, abuse, deprivation, and shame– and in an act of loving desperation tried to save her.

The Price daughters grew up in a household of tyranny and oppression, but still managed to escape and find fulfillment.

Edna Pontellier is every daughter affected by the patriocentric movement. She is every woman who has been told, her entire life, that she can have only one possible purpose, and that purpose is in being the perfect wife and mother. She is every little girl who grows up comfortable and familiar with the lies of people like the Vision Forum who tell us that Victorian society was the brightest moment of human development. She is every woman who has been trapped, controlled, oppressed, and abused by a system that exalts men and tells husbands to “expect their due.”

She was me when I refused to leave my abusive fiancé, when I accepted the curses and the shame he heaped on me. She was me every time I was put down from the pulpit, every time I was told my existence, my body, did not belong to me, that I was the property of some faceless, future man.

Fundamentalism and Christian patriarchy’s worst nightmare is that a woman could realize that she is independent, that she is valuable, that she is a person with wants and wishes and dreams all of her own.

Since my first reading of The Awakening, I’ve had my own. I’ve been lost in life and beauty, overcome and transformed by ethereal powers, drawn, pulled, and caressed by an ocean of new ideas, new thoughts. I can proclaim, with all my heart, that I am woman, hear me roar.

guarding your heart and victim blaming