This is another chapter of Radical where I agree with the basic argument David makes. It’s a slightly longer chapter, which seems appropriate since he’s trying to convince an American audience that meeting earthly, physical needs of others is one of the fruits Christians are supposed to bear as believers. Obviously I agree with this premise, although we get there through different theological means.

To me, I see meeting physical needs as a requirement for Christians because ours is a religion that teaches our physical existence is sacred. Immanuel is God with us, God become flesh, God dwelling among us. When we observe the sacraments, we baptize our bodies and eat and drink. All through the accounts of Jesus’ ministry the “good news” was Jesus healing us and feeding us, not just giving us theological nuggets to chew on (although he also did that aplenty). I believe that the ultimate goal of the Christian God is to redeem and restore our physical existence, for us to remain embodied and earthy, except glorified.

Because of that, I prioritize making sure people’s needs are met and work to end human suffering.

However, David’s theological motivations are different. This chapter lacks the sort of impetus I’ve described above; instead, his argument amounts to Jesus said so and it glorifies God. This is not the sort of reasoning I’d ordinarily quibble over– if you are led toward taking care of people and ending poverty and starvation, I don’t exactly care what brings you here. However, this is an influential book, and I am going to quibble because of this:

The point is not simply to meet a temporary need or change a startling statistic; the point is to exalt the glory of Christ as we express the gospel of Christ through the radical generosity of our lives. (135)

There’s this thread of an idea that meeting needs isn’t sufficient as an end unto itself. If the person doesn’t come out on the other side of a Christian handing him soup with some urge to confess Jesus as Lord and Savior, then giving him the soup was rather pointless. Meetings needs is a means to an end, and that end is “sharing the Gospel.” Except, the more I read about what Jesus did and said, it becomes startlingly apparent that Jesus took care of people’s physical needs far more often than he talked about the evangelical concept of “salvation.”

In fact, he talks about forgiving sins every so often, but most often he zeroes in on following him. And what does “following him” look like? Helping him help people. Feeding his sheep. Loving people. David talks a lot about the rich man that Jesus instructed to sell all that he had, but ignores the fact that Jesus concludes sell all that you have with follow me. Not “confess me as Lord,” not “admit you’re a sinner and need me to save you from your sin.” He says do what I’m doing. Only God can forgive sin, so what else is left, exactly?

Helping starving children in Africa and Asia isn’t a means to an end. It is an end.

The most glaring problem about this chapter to me, though, is that he constantly conflates his interpretation of the Bible with What is Absolutely True, Factual, and Accurate. The best example of that is here:

Of course, important principles are expressed throughout Scripture on the subject [of money]. One such principle is that wealth is not inherently evil. Scripture does not condemn riches or possessions in and of themselves. (112)

Again, the Bible does not teach that wealth alone implies unrighteousness or warrants condemnation. The rich man in this story [rich man and Lazarus] is not in hell because he had money. Instead, he is in hell because he lacked faith in God, leading him to indulge in luxuries while ignoring the poor outside his gate. (114)

As I read these pages, all I could think was are you sure about that, buddy? for two reasons. Reason number one comes from Misreading Scripture with Western Eyes. This is one of the first differences they highlight:

Outside the West, wealth is often viewed as a limited resource. There is only so much money to be had, so if one person has a lot of it, then everyone else has less to divide among themselves. If you make your slice of pie larger, then my slice is now smaller. In those cultures, folks are more likely to consider the accumulation of wealth to be immoral, since you can only become wealthy if other people become poor.

Psalm 52:7 describes the wicked man who “trusted in his great wealth and grew strong by destroying others!” In our Western mind, this man demonstrated his wickedness in two ways: he trusted his wealth and he destroyed others. Yet the psalmist considers these to be one action … (41)

They go on to explain the linguistic reasons for why that is, but I’ll stop with that. We see this same concept echoed in the Rich Man and Lazarus parable– in fact, David’s argument that he went to hell because he “lacked faith” isn’t supported by the text; in fact, all it says is “remember that in your lifetime you received your good things, while Lazarus received bad things, but now he is comforted here and you are in agony.” There’s nothing there about faith. It’s just about you had good things so now you’re in agony.

I’m not saying David is necessarily wrong here. He could be right. I just think he’s got an over-inflated sense of his interpretation being The Only Correct One.

The last significant problem I have with chapter six comes here:

No, I actually don’t.

I’ve known a lot of Christians who trusted to God to “provide for all their need according to his riches in glory” and ended up with malnourished children because they couldn’t afford to buy enough food. There’s tons of stories of people mysteriously leaving groceries on porches, but for every single one of those there’s a Christian kid not having life-threatening medical needs met because these Christian parents don’t have the money to get them treated. And, to be clear, David is specifically talking about sacrificing so much that not being able to receive medical treatment is a significant possibility.

So no. I don’t trust God to provide for me when I have all the hard proof I need to illustrate that this is not something they’re in the regular business of doing. Either God doesn’t provide all our need, or they don’t think that “food” and “shelter” and “healing” are needs. Obviously, Jesus, Immanuel, shows us that they do think these things are important. I agree with David that we are charged with continuing Jesus’ ministry, with feeding his sheep. However, I think that putting ourselves at risk of losing food stability, shelter, and medical treatment isn’t how we’re supposed to go about doing that.

This chapter illustrates really well that David is coming at this from a good place– he really does care about people, about the poor, especially. Where I disagree with him isn’t about the core idea as much as it is a matter of degree. Handsome and I prioritize meeting other people’s needs– our budget revolves around it. However, it is held in balance with the fact that I get two massages every month to manage my fibromyalgia and saving up for things like ellipticals. We all define “need” differently, and I don’t think anyone should judge each other for where we draw the line. 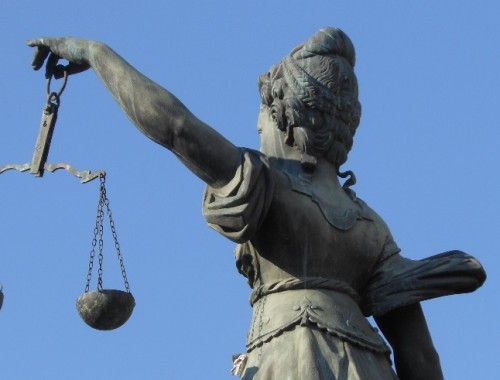 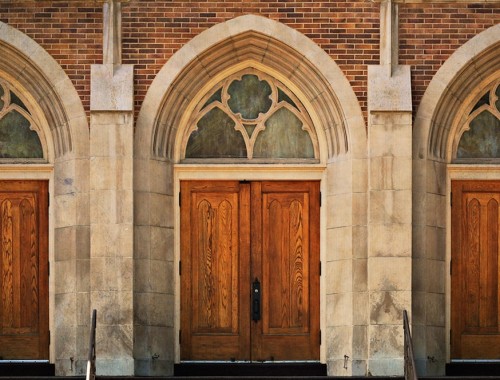 opening the door to an affirming church?