[update on me: I know it’s been quiet around here for a couple weeks– between period week and an IBS flare-up, I’ve been sort of miserable. I have been developing some ideas for blog posts, though, and I think we should have some interesting conversations over the next little while. I’ve also been watching Parks and Rec and reading David Weber’s Honor Harrington series, and both have been highly entertaining. The Honor of the Queen was especially interesting to read– the main plot revolves around a complementarian and benevolently sexist-patriarchal society where the fact that they have to deal with a woman in command throws them all into a tizzy.

Anyway, we’ll be leaving on vacation next week, and then it’s period week again, so I’m not sure how regular posts will be. My goal is to write a bunch this week and schedule them to go up, but I’m trying to go easy on my body, so we’ll see.]

How to Win Over Depression and Redeeming Love were neck-and-neck in the last poll I did, but since my friend Dani Kelley is doing a review of Redeeming Love, I decided that my next review series would be the runner-up: Nancy Leigh DeMoss’ Lies Women Believe and the Truth that Sets them Free. In the comments, a lot of you mentioned how toxic this book was for you both personally and in your marriages. I received it as a gift when I was still at Pensacola Christian, and I remember feeling vaguely uneasy about it, although at the time I chalked up that reaction to “being convicted.”

In fact, as I flipped through it today, I discovered sections I’d highlighted, and it made my stomach sink all over again. The first time I read this was after I’d become engaged to my abuser and rapist, and the fact that I needed to mark “Every married couple is incompatible” (156) and that submission is a “gift we voluntarily give” (151) is disturbing in retrospect. I will continue screaming this until the cows come home: books that command “submission” from wives keep women in abusive relationships. End of story.

It’s a fairly popular book– the cover I have shouts “OVER ONE-HALF MILLION SOLD”– and over 70% of the people who reviewed it on Goodreads gave it 4 or 5 stars. Reviews generally follow along these lines:

This is one book that I will always go back to for a right and true perspective on God and His ways for me. Nancy’s insight gives genuine hope for all of us women who need perspective that is true and holy… some of it is not easy to hear but often what is best. November 2007

This book challenged me from the first word to the very end. So many of us don’t realize how many of Satan’s lies we are believing and acting upon day after day. Nancy Leigh DeMoss is candid, to the point, and unapologetic as she writes truths and supports them with scripture. I believe that every Christian woman could benefit from reading this book. August 2012

This is an excellent book for those women who actually care what the Bible says, and want to renew their minds to think more Biblically. Eve’s diary entries at the beginning of each chapter were really thought provoking and helped me to see the differences between what God’s plan was and what we fallen humans now have to live with. I went through this with the ladies Bible study at my church and I value it so much that I’m going to be facilitating a study using this book with college-age girls who want to live their lives in line with a Biblical worldview. I highly recommend it, and I even bought 2 more copies to give to my sister and my best friend! December 2014

This is one of the best books that I have read regarding women in the church. DeMoss makes no apologies for telling it like it is, and she doesn’t shy away from difficult topics. Some of the issues she addresses have been accepted practice within many churches, and though some may have a problem with what she says, she is right- on. I recommend this book to my Christian women friends often. June 2004

As you can tell, one of the most common reactions to this book is that it is eminently biblical and should be received as God’s Own Truth. Even the title contributes to that notion, which claims that this book contains the truth that will set you free. It seems as though many of the women who read that took it at least somewhat literally– the hundreds of reviews I skimmed over echoed the idea that Nancy has repackaged The Truth in an accessible format, and that if you reacted poorly to this book, it’s only because you’ve accepted Satan’s dirty feminist lies.

Many reviews contained kernels like “hard to swallow,” or “she pulls no punches,” or “unapologetic,” and I find that response oh-so-interesting, because they tended to attribute this not to her writing style or voicing, but to the veracity of her content. These women had the same reaction to this book I did in college– we assumed any negative reaction we had was ultimately due to her being right. If we found something “hard to swallow,” it wasn’t because we thought something was illogical or unhealthy, it was because we were being convicted. God was using Nancy to tell us how wrong we were to believe things like “I get to have a say in the course of my life.” I think this is going to be an interesting dynamic to explore as we move through the series.

There’s twelve sections to the book, but some are significantly longer than others– and I think some sections (like chapter six, “About Marriage”) might take us even longer to get through. I’m going to do my best to keep this down to three months, although that all depends on things like how angry I feel like being on any given Monday. I’ll be working with the original version published in 2001, although I believe it’s been slightly updated since then.

As always, if you have a copy of the book on hand and would like to read through it with me and and your thoughts in the comments, please feel free! The best part about doing these series is hearing from y’all. 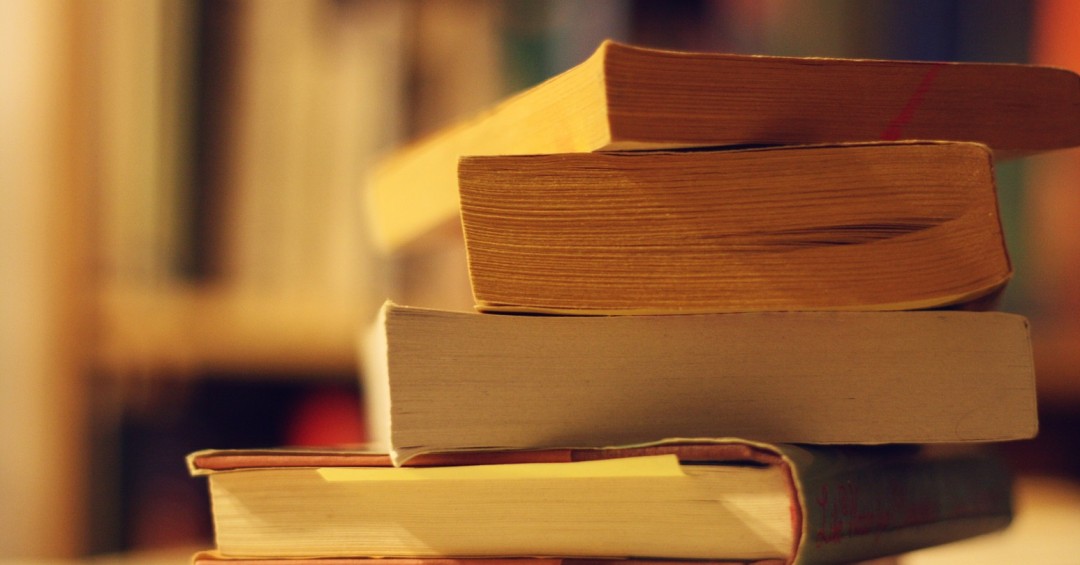 which book should I review next? your pick!

I have a small-ish library in my office, with four filled-to-bursting bookcases (English major, what can I say?). One of those bookcases has what my partner refers to as the “caution tape shelf.” It’s the shelf I set aside for all the books I’ve amassed that are anything from mildly irritating to absolutely horrific. I don’t want their bookjackets contaminating all my other lovely books, after all.

I’m sitting here looking at it, and was attempting to decide which book I should choose next for my Monday review series. Eventually I gave up and decided to ask all of you. It’s a a slightly different list than the last time I did this– not all of them are in the “marriage-advice” category this time around. Each of them, however, is a well-read book in evangelical circles and all have some pretty serious problems.

If you’re not familiar with these books, here’s a short break-down:

How to Win Over Depression is, in my opinion, one of the worst books written. Ever. I’m having a hard time trying to come up with a worse book. It’s one of the books that started the “you can pray away your mental illness!” approach to “biblical counseling” back in the 70s. This book has killed people.

Lies Women Believe I read when I was a student at PCC, and my memories of it are that it was vaguely encouraging. It would be interesting to go through this one an re-experience it now. I imagine it would be a bit like how some of you responded to going through Captivating again. Helpful at the time … but not so helpful now.

Redeeming Love is slightly different because it’s fiction, but it’s equally as horrible as all the rest. Rape? Check. Misogyny? Check. Horrible theology? Check. Thank you, Francine Rivers, for taking Hosea and Gomer and making that story worse.

Anyway, let me know which one you’d like to see me rip to shreds!