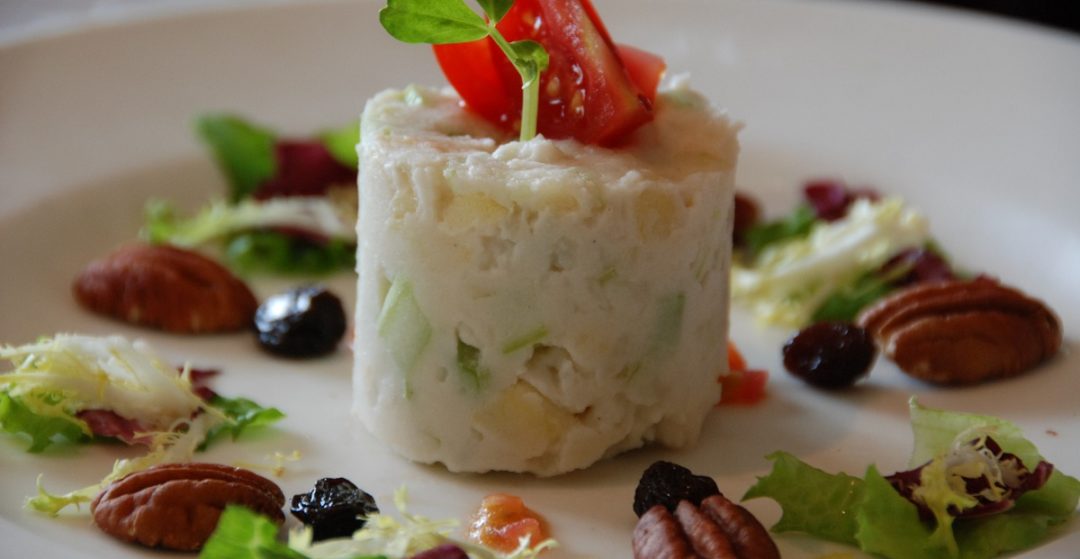 Several years ago, I began to notice the patterns and connections that bind up cisheteropatriarchy with toxic masculinity. Patriarchy, with all its queerphobic and femmephobic boundary-keeping, inevitably hurts many men as it strives to keep a certain kind of man in power. Around that time, I also began arguing that one of the reasons that patriarchy should be resisted and eradicated is that it represents a nearly incomprehensible loss of opportunity. What could we have, right now, if it weren’t for patriarchy? What advancements could half the human population have contributed if they hadn’t typically been treated as property and kept chained to a stove?

It didn’t take me long to see that similar patterns exist in white supremacy and racism. What has humanity lost because of white supremacy? What have white people lost in our bigoted, racist quest for power?

For me, personally, the answer has often been: food.

If you were to meet me in “real life,” in my home– in my kitchen– you’d quickly notice that I am pretty obsessed with the entire concept of food. One of my favorite books is Classic Indian Cooking by Julie Sahni, a thick and delightful tome I read cover-to-cover in a single sitting. I love trying new recipes, and adapting cuisines from all over the world to meet the needs of my diet and allergy restrictions. The Great British Bake Off (known in the US as The Great British Baking Show) is one of my all-time favorite things– I have watched and re-watched every single season, some of them multiple times. Nothing brings me quite as much joy as cooking for my friends and family, watching them relish roast chicken con fit or my delectable and toothsome gluten-free chocolate chip cookies.

I also read about food. A lot. I inhale foodie magazines and I’m catching up now on Anthony Bourdain’s show after reading “What Anthony Bourdain Meant to People of Color” by Joumana Khatib. Some of my favorite articles I’ve ever read and that have made a lasting impact on me have been about food: “The Struggles of Writing about Chinese Food as a Chinese Person” by Clarissa Wei has become one of my touchstones and an oft-cited resource. “How it feels when white people shame your culture’s food, then make it trendy” by Ruth Tam is what I direct people to in order to help them understand cultural appropriation. “What’s The Difference Between Ethnic Food in America vs the Homeland (And Does it Matter)?” and other articles like it, covering the immigrant experience through food, is basically a genre all to itself and one I’ll always read.

Articles that treat food as a metaphor are also a favorite. “Hunger Makes Me” by Jess Zimmerman has stuck with me for years, and the most extraordinarily, achingly beautiful article I’ve read this year is “Cravings” by my friend Hännah Ettinger.

I hope you’ll bookmark all these and read them later, because now I’m going to talk about a travesty of an article I read yesterday: “How Millennials Killed Mayonnaise” by Sandy Hingston, accompanied by the hilarious subtitle “The inexorable rise of identity condiments has led to hard times for the most American of foodstuffs. And that’s a shame.” I don’t often read the “How Millennials Killed _____” articles until they hit tumblr and have been properly eviscerated first, but this one was about food … so I clicked it. And then read it aloud to Handsome as we drove home from the airport, laughing so hard I cried. It’s so badly written. If I were still teaching writing, this would be the example I’d force all my students to read so they can identify purple prose.

My first thought was “geez lady, so people don’t like your potato salad, get a grip.” I was also entertained by the thought that all millennials hate mayo because I use it all the time, and the people I know– mostly millennials– gobble up my deviled eggs and potato salad like they’ll never eat again. How she’s extrapolating her personal experience onto an entire generation is beyond absurd. However, I wouldn’t be writing about her today if she hadn’t written the following:

My mom was the daughter of Lithuanian immigrants, born in the era in which huddled masses clambered ashore at Ellis Island, their pockets stuffed with kielbasa and chorizo and braunschweiger and makanek and lap cheong, and were processed in the great American assimilation grinder, emerging to dine happily ever after on Hatfield hot dogs and potato salad. …

America in the 1950s was full of strivers like Mom, desperate to forget family legacies of latkes and boxties and bramboráky, poring through the pages of Family Circle and Good Housekeeping and Woman’s Day for stars-and-stripes recipes that repped their newfound land. They wanted all their strangeness to dissolve into the sizzling pot of Crisco that crisped their french (not French) fries. …

Besides, the impetus seemed righteous. In a world torn asunder by the Great Depression, the Holocaust, and two World Wars, our citizenry needed to come together, be united, rally behind a collective vision of what it meant to be an American: You lived in a single-family house, you drove a station wagon, you wore bowling shirts and blue jeans, and you slathered mayonnaise on everything from BLTs to burgers to pastrami on rye. …

My mom’s side of the family have a similar history– except my reaction is not a mastubatory “patriotic” celebration, but a sense of longing and grief. I don’t see the fact that my family’s cultural heritage was beaten out of us by decades of racism and bullying as a good thing like Sandy does. It’s a horrible reality that surviving in America as an immigrant often means exchanging kifle, csirke paprikash, and dobos torte for Waldorf salad and Spam.

My great-great grandparents immigrated from eastern Europe after the death of the Austro-Hungarian Empire, and my great-great grandmother brought with her the recipes of her homeland. My great-grandfather taught us to make kifle for Christmas one year the way his mother used to, in pinwheels instead of little rolled crescents. She’d gotten tired of making the individual cookies for the entire family and decided to cross kifle with another Hungarian desert: beigli. For years, I made csirke paprikash by adding corn to the tomato-sour cream sauce and cooking it all up in a pressure cooker because that was how Grandpa did it: it was quick, and he liked corn. It surprised and delighted me when I found out csirke paprikash doesn’t traditionally include corn– it was what happened when my immigrant grandfather grew up in Ohio. Another family favorite is my grandmother’s spin on halupki: stuffed cabbage in a creamy bechamel instead of tomato sauce.

But so much else has been lost. My grandfather had a cookbook his mother had put together with her Hungrian/Czech/Polish neighbors, and even as a teenager I was thrilled with the discovery. I peppered him with questions: how often did she make this? What does this taste like?

It was a difficult conversation, because his answer often was “I don’t know. She’d stopped making it by the time I was old enough to remember.”

One of my grandfather’s most vivid memories is his mother shouting at his father when he occasionally reverted to Hungarian: “We’re in America now! We speak American!” There is also a thread of resentment woven through his childhood: he grew up being labeled a “Hunky” and eventually anglicized his name from “Vincze” to “Vincent” when he joined the Army Air Corps during WWII. White supremacy burdened both him and his mother with a desperate need to conform– to become bland, homogenous, and uniform. In order to be safe and successful in this country, they had to give up a centuries-old “perfect blend,” as Sandy would put it, of paprika, sour cream, and stewed tomatoes for jello molds and mayonnaise.

I fight white supremacy through my cooking.

There’s nothing wrong with mayonnaise– I love my potato salad, made with orange and red peppers instead of celery, and sour cream and paprika mixed with the mayonnaise– but I know in my bones that I have been robbed. White supremacy stole a whole legacy of flavors and dishes and enrobed my family’s meals in a banality of beige.

So, now I cook the delicious food we lost. The recipe I shared above for csirke paprikash is a show-stopper, and easily transformed to be gluten free (Jovial’s GF egg noodles work great). I plan on making dobos torte for my birthday in a month, and can’t wait to indulge in layers upon layers of chocolate and caramel. I’m still struggling to adapt kifle, since yeast-driven rising methods are difficult to accomplish with gluten-free flour– but I swear I’ll get there, and it will be delicious. My family also just discovered that one of my grandmothers immigrated here from Sicily as a mail-order bride, and now I’m happily buried in Sicilian-American recipes.