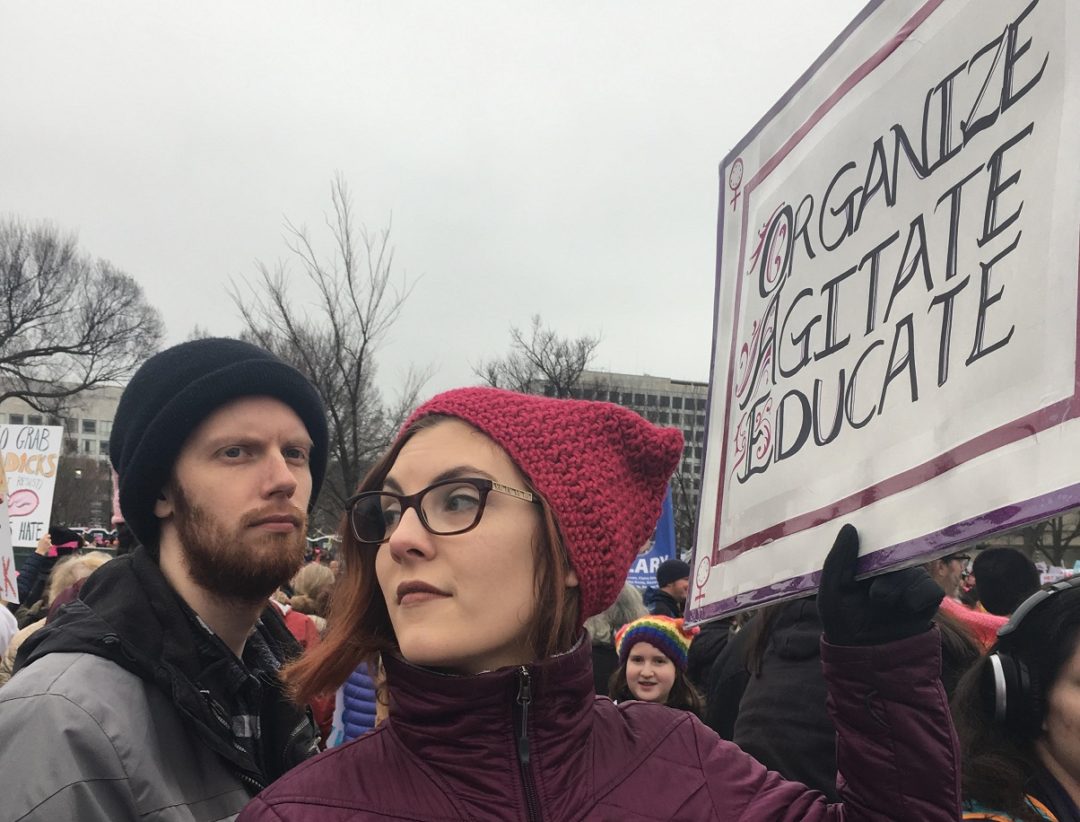 I was raised to be a culture warrior.

As a member of Generation Joshua (the first generation of homeschoolers), I was supposed to be a well-trained advocate for the theocratic Christian fundamentalist cause, through any means I had access to. In college I picketed reproductive health clinics, I protested, I went door-to-door getting signatures for ballot measures, I went to political rallies. I spent the bulk of my life trying to convert people to Christianity, or persuading more moderate Christians to join my causes– young earth creationism, King James Bible Only-ism, complementarianism, the stay-at-home-daughter movement … One of the issues I cared about the most was abortion, which I saw as murder and wanted to restrict through any means necessary. If that meant forcing those murderous clinics out of business, or making it too difficult for women to get an abortion, so be it.

I saw it as my Christian obligation to convince as many people as I could that women are supposed to submit to their husbands, and that feminism is a lie from Satan meant to pull women onto the path of destruction. I believed that being my version of a godly woman would shine like a beacon into the world and demonstrate the truthfulness of Christianity. To me– to most of us, I think, the Culture Wars were never just about changing the laws: it was about changing the culture around us. Taking back my country for Christ couldn’t possibly be accomplished unless most of us were fundamentalist Christians, and that meant we needed more than just mere conversion. I wanted to radically and fundamentally alter the way my culture saw social, historical, political, and religious issues.

It’s perhaps ironic that none of that has actually changed. Oh, it’s changed in substance, but not in form.

I went to the Women’s March on Saturday, in DC. I marched with a group of straight, bi, lesbian and trans women, non-binary people, Jewish women, a Latina woman, and one straight cisgender white male ally. Most of us had gotten together for a sign-making party the weekend before, and chose a variety of phrases for our signs. Nolite te bastardes carborundorum, a quote from The Handmaid’s Tale, was a favorite. I’d been torn between a few ideas for my own sign in the weeks before. “Fear is the Mind Killer” from Dune, or “I will be Non-Compliant,” a reference to Bitch Planet, topped my list of possibilities a while. I was trying to figure out what I wanted the Women’s March to mean to me, what I wanted to remember about it and why I’d gone.

Eventually I settled on a quote from Susan B. Anthony: “Organize, Agitate, Educate must be our war cry.”

I chose it for a variety of reasons– I’m a huge nerd being one of them– but mainly I chose it because it’s what I wanted the March to do. I want every person who marched to become a part of the resistance against hatred, bigotry, and totalitarianism; I want us all to agitate to make our voices heard and make our message clear; I want those of us who can to educate the people who don’t know what’s at risk and what they can do to stop it– or change it.

So I imagine you’ll understand that I find some of the reactions to the March … disheartening. Over the past few days I’ve seen a slew of facebook posts and articles going through my newsfeed, most accompanied with something like “THIS.” There’s one about how men not being patriarchal enough is why we marched. Or another condescendingly and patronizingly “apologizing” to women who have it so much worse than these ridiculous American women who just don’t know how good they have it and how selfish they are (to address the claim that American women have it so good, please read this, this, and this). It’s been frustrating, to say the least, because my vision for Marching was so clear, but I didn’t know how to explain to my friends how we’re seeing that protest in fundamentally different ways. There’s a lot of language being bandied about how vulgar it was, how demeaning, how disrespectful, how pointless and all I could articulate to myself was arrrrrgh!

Finally, one friend asked “Which rights don’t I have that I’m supposed to be marching for?” and that’s when it finally crystallized for me what the people I know aren’t understanding about the Women’s March. It’s not about formal, legal, written-on-paper, law-of-the-land capital-R Rights. Technically, in America, women have “Rights.” We can vote, we can own property, we can serve on juries, we can be autonomous legal agents, we can inherit, etc. Coverture is gone and suffrage is here. In the words of Ainsley Hayes, “The same Article 14 that protects you, protects me, and I went to law school just to make sure.”

The Women’s March is many of the women of this country declaring a culture war on misogyny, hatred, bigotry, racism, ableism, transphobia, homophobia, femmephobia, and one Party’s intent to destroy not women’s “Rights,” but all of our freedoms: The freedom of the press, the freedom of speech, the freedom to peaceably assemble. It’s not just our Bill of Rights that are under a war of attrition, either. Women marched this past Saturday because our realities are not all the same, and we have to protect each other. Some women are complaining that they feel “demeaned” by the March because they don’t personally feel that they needed it. Like Ainsley Hayes, they feel “humiliated” by the very notion that some women don’t think we’re equal (which, hate to break it to you ladies, we’re not).

I could go on. The list is, for all practical purposes, endless. I didn’t even begin to touch some of the other horrific and nightmarish problems we have in this country. Many of the ones I’ve listed above affect men as well, obviously. And even though I’ve highlighted a few places where women don’t have Rights, the larger problem isn’t whether or not we have laws in place that enumerate these rights. In some cases we do, in some we don’t. Regardless of a legal reality, it’s not a practical, livable reality until all people are truly seen as equal.

I will organize with others to enumerate or protect our rights. We will agitate against a government that wants to strip all of us of our protections, to hamstring every attempt to fight violence against women. Together we’ll educate others on the risks we face and how to fight.

I decided not to let my fear keep me voiceless, motionless, actionless, so I marched. Not to be vulgar, not to sow division, not to be angry and bitter. I marched because who we elected president is a symptom of a cultural problem, not its cause– and it’s a culture I will go to war against.