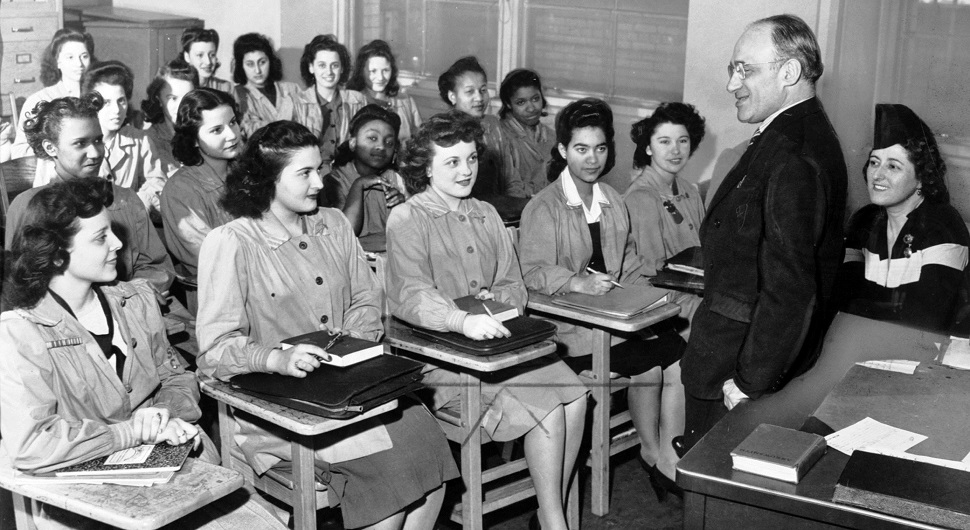 Like most kids, “what I wanted to be when I grew up” changed . . . oh, every six months, maybe? My interests ran the gamut– I wanted to be a vulcanologist. Then a large-animal veterinarian. A marine biologist– no, a marine botanist; algae is so cool! I wanted to be a medical researcher. Wait, a nutritionist. Oh, wow– quantum physics is fascinating.

Then, something interesting happened. And, by “interesting,” I mean “awful.” I loved, loved math until I hit higher mathematics in high school. In truth, I loved everything about school. There was a period in middle school when I got insanely bored, so my mom’s solution was to skip a grade. I skipped sixth grade completely, and I skipped sixth and seventh grade in math. Why? Because I was good at it.

And then I had a conversation with my friend, the pastor’s daughter. I was enthusiastic about geometry and algebra, and I was having a one-sided, yet still quite animated discussion, about the Greek philosophers. She rolled her eyes at me, made a dismissive motion with her hand, and told me that the Greek philosophers were a bunch of pagans who could never really understand the world because they didn’t “have God,” and didn’t I know that girls were supposed to hate math?

I told my Sunday school teacher I wanted to be an astrophysicist– and he asked me how I expected to have a job and be a mother at the same time? Well, maybe I could just do it before I had kids. Then I could stay at home.

“So, you’re going to spend all of that money going to college and then never use it?”

When I did, eventually, go to my radically conservative fundamentalist college, I was a music major.

Because “math” became useless to me. Because I was good at playing the piano, and why didn’t I just do that? Then you could go to college, if you really wanted to do that, I don’t understand why you just don’t stay home, but at least, this way, you could be a stay-at-home-mom and teach piano. Wouldn’t even have to leave the house, even. Children could come to you.

I started off as a piano performance major. When they introduced the piano pedagogy major, nearly everyone I knew pressured me toward that degree track. Because it was designed to create piano teachers– and piano performance is really only trying to get you to be a concert pianist, and why would you need that? You’d have to leave home.

At the end of every year in the music program, you are evaluated based on your progress. If they think you can’t hack it as a piano performance major, you’re told to go into another track– church music, piano pedagogy, music education, or choral conducting. My freshman evaluation was coming up, and I knew I was going to fail it. I wasn’t a spectacularly good pianist, and I knew it. So, I had to consider my options. Enter piano pedagogy, like everyone wanted?

I explained this to my mother as a “calling,” an explanation that turned out to be frustrating later when I decided I definitely hated the very idea of teaching music to a room full of 13-year-olds holding things capable of making hideous noises. But, it was convenient at the time. I even had a neat little story of how I was vacuuming my room one day and I just knew, like a voice from heaven, that I was supposed to be in music education. It was just so clear.

It had nothing to do with the fact that the thought of caving to all those people in my life and choosing to be a good little stay-at-home-piano-teacher was absolutely repugnant. Nothing at all.

By my junior year, during one of those rare occasions when I consented to going to church with my parents, I ran into Mrs. B. She was an aeronautical engineer that had worked at NASA during the 70s. She had also been the woman to tell me one morning when we were both “keeping nursery,” in no uncertain terms, that I was smart, and that I needed to go to college.

She asked me how college was going, and I told her that I had changed majors, that I was considering graduate school.

She was the only person that had ever become happy when I told them I wanted to pursue higher education. She told me that I could be anything that I wanted to be, and to “never give up on my brain,” as she put it.

Mrs. B doesn’t know it, but her encouragement probably saved my life two years later.