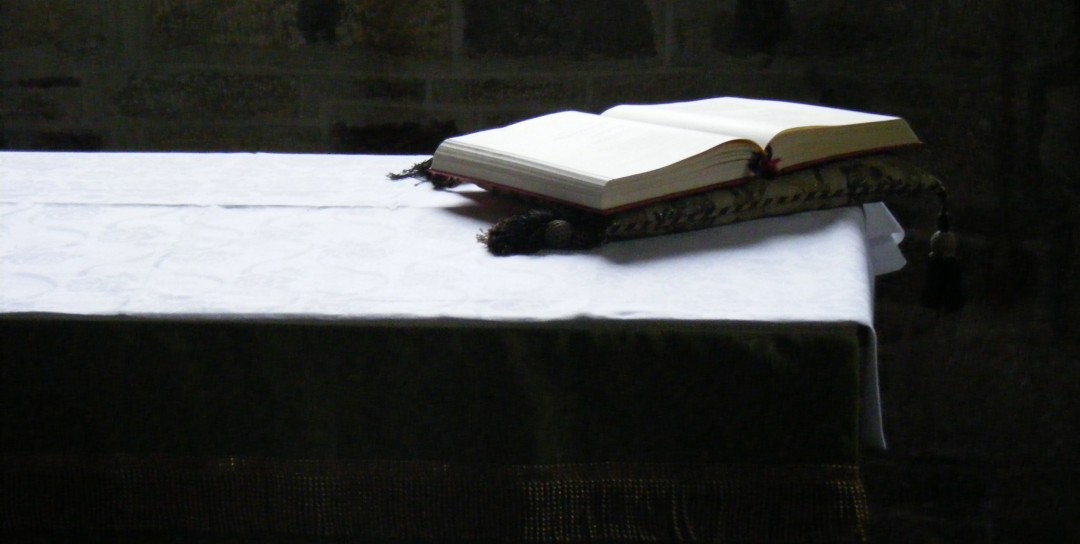 About a year ago I wrote a post talking about how calling the books that come after Matthew “the New Testament” is a bit of a misnomer. It is, after all, over 2,000 years old. In that post I said this:

Earlier this week I read an article by Trillia Newbell called “Biblical Womanhood and the Problem of the Old Testament,” and it frustrated me because I’m even more convinced today that most Christians need to seriously reevaluate our perspective on what the Bible is. Regardless of whether or not you believe in Inspiration or Inerrancy, even the New Testament is an ancient text and deserves that respect.

But, Trillia’s article brought up another thought-provoking point for me when she quoted from Jesus and the Feminists, written by Margaret Köstenberger:

It is true that the historical narrative books of the Hebrew Scriptures witness to numerous abuses of this abiding principle of male headship in the Old Testament period … Scripture does not condone these behaviors and attitudes. At the same time, the New Testament does not abrogate the principle of male headship even subsequent to redemption in Christ. Thus, Paul still can call Christian wives to submit to their husbands, and Peter similarly enjoins wives even of unbelieving husbands to submit to them. (34)

The question I’m about to ask would probably be considered heretical by many people who cling to a “High View of Scripture,” but I think its an important one that I wish I’d been exposed to earlier: if Old Testament characters could be catastrophically wrong in their views, why can’t New Testament writers also be wrong?

King David, a man “after God’s own heart,” raped a woman and when confronted by Nathan was told that God would have given him “more wives” if what he already had were “too little.” Abraham, who supposedly talked with God themself on multiple occasions kept local customs and had sex with Hagar when his wife was barren– a decision that God honored by keeping their original promise. Moses, known as “a friend of God,” constantly made mistakes and misrepresented God’s will to his followers. These men, despite these grave mistakes and crimes, are all mentioned by name in the Hebrews 11 “Hall of Faith.”

In one sense, Margaret Köstenberger is right: Scripture doesn’t always condone the behavior of these men. According to their stories, they experienced harsh consequences. David’s family was torn apart for raping Bathsheba. Moses was never allowed to see the Promised Land. Abraham faced many consequences for what he did to Hagar. However, I think that’s a significant difference: because these are primarily stories, we see a broader, wider arch. If all we had was a letter written by Moses explaining his rationale for striking the rock at Kadesh without describing the later consequences, we’d have a very different view of what happened.

But that’s all we have when it comes to Paul and Peter talking about this supposed “male headship.” We have their letters, their rationalizations, their beliefs, their perspectives, and nothing else. If men who were “after God’s own heart” or their “friend” could be such serious fuck-ups at times, why are Peter an Paul immune? Moses and Abraham had conversations with God— why does the fact that Paul and Peter wrote these things after Jesus came matter so much?

The thing is, though, is that while Paul’s and Peter’s letters don’t have the same context as the Old Testament stories, we do have a different sort of context: we have time and history. We have the space and experience of 2,000 years to see the results of this teaching called “male headship.” It has brought suffering and sorrow. It has brought us human rights violations. It has brought us abuse and rape and murder. It might be a cliché, but power corrupts and we know it. We also can look back over the last century and see the changes: as gender parity slowly becomes more normal, things like domestic violence rates decline, among other economic and cultural benefits.

The New Testament doesn’t give us the whole story of Paul’s and Peter’s views regarding women, but history does. Like many, I believe in a four-pronged approach to Scripture commonly known as the Wesleyan Quadrilateral. The Bible has never existed in a vacuum, and neither have our interpretations of it. I believe we need to let our collective human experience with gender parity give us the broader context of I Timothy 2, Ephesians 5, and I Peter 3.