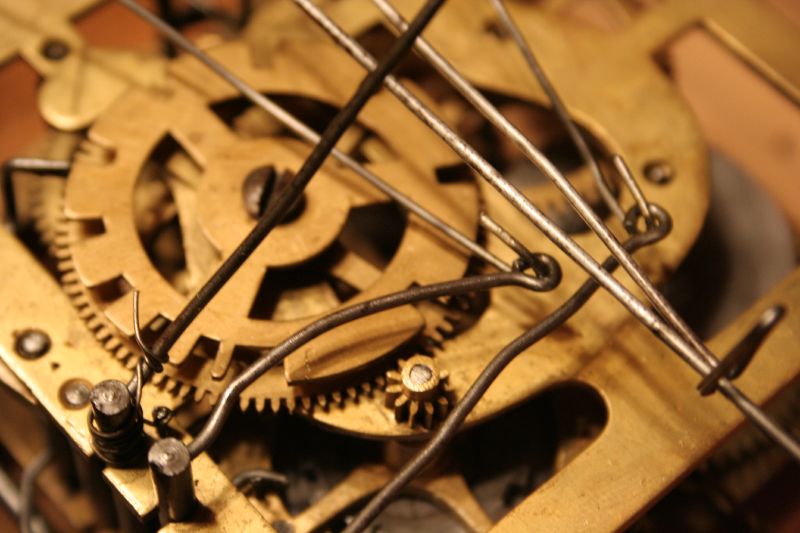 this is your brain on fundamentalism

Unfortunately, it seems like there’s a lot of atheists out there who gave up on their religion, but didn’t give up fundamentalism. A little while ago I remarked on Twitter that it seems like atheists have more in common with Christian fundamentalists in their views on the Bible than they do with me. A few people were surprised by this. In short, it can be summed up by a saying in survivor communities: you can take the person out of a fundamentalism, but you can’t always take fundamentalism out of the person.

What I’m not saying is that this is inevitable– many of my close friends are atheists/agnostics who went through a time of being progressive Christians first. Their ultimate problem wasn’t fundamentalism, really, it was lack of belief. I think that’s true of most (if not all) atheists, even the ones who haven’t let go of a fundamentalist understanding of religion; they may not like their understanding of Christianity, but that’s not why they’re atheists.

It’s perpetually frustrating to me, though, that there’s a certain movement of atheists that brand me as an idiot because I’m religious, or that I’m incapable of being reasonable or logical because I have faith. To this type of atheist, if I don’t accept fundamentalist Christianity as the Only True Way of being a Christian, I’m being inconsistent. Over the course of many conversations, I’ve usually found out that they were at one point Christian fundamentalists.

They may not believe in god anymore, but many never stopped to examine the root claims of the belief system they were raised in. They still think the fundamentalists are right about Christianity– and about how to parse evidence. Part of the reason many argue the way they do is that they’re still operating inside of a fundamentalist mindset, only without religion. To many, Modernism is the only “correct” way to reason, and Truth and demonstrable, provable, physical fact are inseparable.

I was fortunate in the way my faith evolved. I started embracing my questions and doubts after I married a person who holds the feet of every single idea to the fire. He tries to smash every argument to bits to see if it’s worth making. He interrogates a question from every angle and won’t be happy until he’s thought about a new concept from multiple perspectives. All of that prompted me to do the same, and the end result is that I didn’t use the same framework I’d always used to evaluate evidence and questions. I didn’t rely purely on Modernist reasoning in order to deconstruct my faith system and start building it back up.

I’m drawn to dichotomies, to absolutes, to if then statements, and either or views of reality. Part of that is the fact that I’m an ISTJ with a heavily dominant sensing preference, but the biggest reason is that I grew up a fundamentalist. I want things to either be true or false, right or wrong, provable or poppycock. To this day, there are moments where I have to fight with myself to acknowledge that more than one thing can be True at the same time, even though they may seem contradictory. I have to force myself to live in the tension, to think of arguments as a matter of degree and nuance rather than totally right or totally wrong.

On the other hand, it’s almost as equally frustrating when people don’t understand fundamentalism, and what it does to people. They don’t know that fundamentalists are ruled by logical consistency before any other consideration. What may seem like utter nonsense to you or me makes perfect sense if you understand the premise they’re working with and follow it to its conclusion.

Take the fact that fundamentalists can be gigantic assholes to their friends and family. To an outsider, it may seem like we did nothing but endlessly bully and criticize each other– how in the world could we possibly be friends, let alone like each other? If they were to ask me when I was a fundamentalist why I behaved like this, I would’ve said “faithful are the wounds of a friend,” along with a quip about how being harsh and exacting is the only way to be loving. That sounds absurd to the rest of us — being an asshole is not loving– but to them, it’s the only possible outcome. You must “edify” your friends toward righteousness. Anything less is the opposite of loving.

Or, another example: the fact that a lot of fundamentalist/conservative Christians think that an LGBT person who isn’t celibate or resisting same-sex attraction can’t possibly be a Christian. It goes like this:

This works out to the almost desperate measures many Christians take to show how sinful LGBT people are. Unless LGBT  people acknowledge that what they’re doing is sin, they cannot be saved. You have to repent of your sin. They must show us this, or we will die and burn in hell for all eternity, and what kind of person would they be if they just sat by and “tolerated” us? If they didn’t do everything they could, no matter how awful it may seem to others, to save the lost LGBT people how could they sleep at night?

Ergo, Christians think that their bigotry and hatred is loving. This is why they can say “love the sinner, hate the sin” and feel that there’s no inconsistency between their words and their actions. They’re trying to save us from eternal damnation. If you believe that I’m destined to that fate unless I turn from my bisexuality, seemingly extreme measures are necessary in order to be loving. It’s like that old “poisoned cookie” illustration– if you know someone’s about to eat a poisoned cookie and die, leaping across the room and smacking it out of their hand is the only logical action to take, no matter how “foolish” it might appear to others.

Fundamentalism isn’t populated by unreasonable people; the problem is that they’re all too reasonable. If you don’t understand this, then a lot of other things are going to appear bizarre. Why are evangelicals supporting Trump? Why does Cruz not have a problem with pastors who want to stone LGBT people to death? Why is Islamaphobia such an issue in movement atheism? Why do MRAs want to legalize rape? Why can’t women drive in Saudi Arabia? Why are some feminists TERFs?

To fight a thing, you have to know a thing. And that’s not just an external fight, either– I believe there’s a battle for fundamentalism going on inside each of us. In many ways, it’s far easier to fall into dichotomies and binaries than it is to resist them. Harsh dualities help us make sense of complex problems. But … we can’t let ourselves fall into those traps, because that’s when we start to lose compassion and let our heads overtake our hearts.