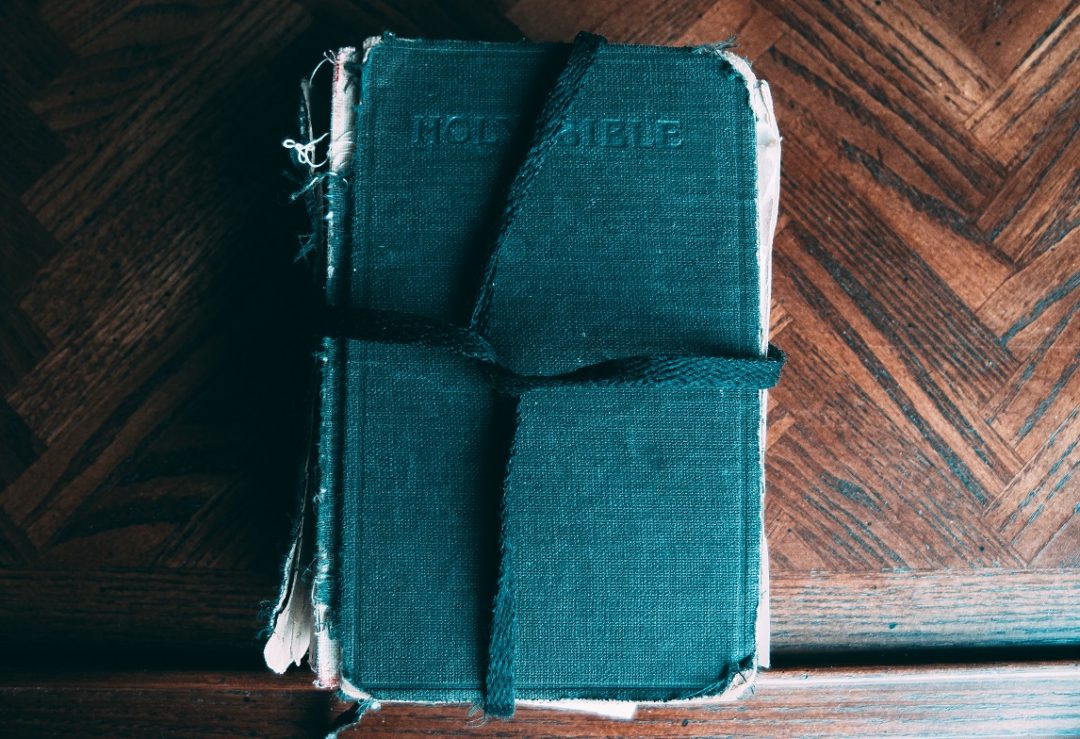 A Feminist Vision for Hermenuetics

I’m wrapping up the semester, and I think I’ll have a much better handle on life balance in the Spring. But, I promised you a sample of some of what I write for seminary, so here’s my term paper for Hermenuetics. We were supposed to explore one concept we’d studied and how we’d incorporate it into our hermenuetic, so I decided to talk about feminist theory functioning as a corrective presupposition.

It assumes you have some familiarity with material we discussed in class (like Gadamer’s view of “prejudice,” which is not the dictionary definition, or the difference between “interpretation” and “re-interpretation”)– if this sparks questions, I can do my best to answer them.

When I first encountered Gadamer’s explanation of prejudice, I was intrigued by the possibilities in his concept. My first understanding of his prejudice was intuitive in the sense that it aligned well with my understanding of how the world works. As an explanation for what happens when a reader interacts with a text it has a flavor of common sense about it—of course a reader has to bring pre-judgments to the text in order to have a place to begin understanding it. Some of these are incredibly basic, such as having a pre-judgement that water is wet, it quenches thirst, it is necessary for survival, it can be refreshing, and it can be fun to swim in. We build these pre-judgements from infancy forward; without them we would not be able to function hermeneutically. In Gadamer’s words, prejudices “constitute the initial directedness of our whole ability to experience.”

However, there is a form of pre-judgement that is one layer of abstraction beyond our more intuitively obvious conceptualizations of the world. Brown deals with these abstracted pre-judgements as she discusses presuppositions, which she argues include “pre-understandings.” For example, Christians can bring sophisticated theological concepts like the Trinity or Penal Substitutionary Atonement into their readings and assume the text supports their “pre-understanding” when it may not. Or, it could be a presupposition that is even less conscious than that. White American Christians, for example, have grown up unconsciously swimming in a sea of white supremacy and privilege, and we bring those with us to the Bible whether or not we want to. Brown also goes on to say that “Trying to discover our presuppositions can be rather like trying to see our blind spots—very difficult without outside assistance.”

This is where the possibilities for Gadamer’s prejudices intrigue me, since as a feminist I believe that it is incredibly important for every reader to be aware of their pre-judgments in order to distinguish between what is a “bad” prejudgment and a “good” one. In my view, a pre-judgment is “bad” when it does two things: when it creates eisegesis, or a reading that is not supported by the text; and when it creates an interpretation that either erases harm or causes harm.

I believe that feminism is, at its most fundamental, a hermeneutical task. Feminism requires us to analyze our biases and our presuppositions, even when they are cherished traditions or powerful systems. Feminism is an attempt to interpret the world accurately: it is an awareness of how nearly every form of human endeavor is affected by the subjugation of women and the men who align themselves with womanliness. As feminists, we view the interwoven stories of humanity with self-critical and text-critical eyes. Phyllis Trible notes in her essay on hermeneutics that the point of Christian feminism is “To reclaim the image of God as a female [and] to become aware of the male idolatry that has long infested faith.” In short, I believe that feminism can help illuminate where our “blind spots” are—at least some of them.

Feminism is not just a means of illuminating our presuppositions; I also think feminism should be a presupposition in all our engagements with biblical texts. To Christian feminist scholars like Trible, Russell, and Fiorenza, there are two primary avenues for feminism to function as a “good” prejudice. The first is as a hermeneutics of suspicion, and the second is as a hermeneutics of remembrance.

A hermeneutic of suspicion, at first glance, may not appear to be a pre-judgment worth having. To approach any text suspiciously may seem needlessly antagonistic; however, in the context of the biblical canon and Christian theology, it is important for feminists to confront patriarchal understandings of either. That is what it means to be “suspicious.” As a hermeneutical pre-judgment, feminist suspicion requires readers to be mindful of how “the principal actors, preservers of communal memories, and writers [of the Bible] were men, most of who occupied positions of privilege in patriarchal societies,” as Clifford notes.

From a practical point of view, what would this look like and how would it affect hermeneutics? First, it asks feminists to interrogate their presuppositions: have we ourselves prioritized male voices and male authority in our personal lives, or in our theological lives? This step should direct us to begin evaluating both our fundamental and abstract presuppositions. Is it possible that my understanding of something as unassumingly benign as “water” could change within a feminist framework? Is there something unique to the feminine experience that we do not even have a word for, and therefore would not even think to include in our sacred writings? If women were involved in the early formation of doctrine, would a concept like Mary’s virginity have been included in our creeds? Perhaps, but perhaps not. Feminist suspicion demands that we ask.

Second, a hermeneutic of suspicion acts as a sort of lamppost as we engage with biblical texts. As we use all the various tools at our disposal, from reader-response theory, speech-act theory, to historical criticism, feminist suspicion is an awareness of how patriarchy interacts with all of the above. Historical analysis is flawed in any attempt to represent the diversity of human experience because history—and historians—have (intentionally or not) silenced women and erased womanly experiences. Even a concept like speech-act theory might be skewed to benefit patriarchy—after all, if the purpose of language is to do, to act, we need to question how that may align with Man as Actor and Woman as Passive Object.

From a textual standpoint, a hermeneutic of suspicion reminds us that the text, at the very least, was recorded by men and that it is impossible to tell how much women were involved in the passing of the oral tradition. As the first men transcribed the oral tradition, how much of their experience as men, even as innocuous as that is—how could we expect a male scribe not to include his male experience?—entered the text and affected the implicit and explicit meanings? This feminist suspicion also does not trust that the men who wrote the biblical texts were well-meaning in their regard for women. When we read that women will find salvation in childbirth, a hermeneutic of suspicion forces interpreters to ask how misogynistic that might have been intended to be, regardless of whether or not misogyny would have been the logical consequence of the writer’s historical location.

This is how a feminist hermeneutic of suspicion can provide a corrective for interpretations that cause harm. Clifford highlights this idea when she says “if a biblical text fails to liberate women (and subjugated men) from patriarchy to the fullness of life, then it must not be true or has been misinterpreted.” There are two possibilities in Clifford’s statement: the text can be wrong, and the text can be misinterpreted. It is the feminist interpreter’s responsibility to view Paul’s (or pseudo-Paul’s) argument in this light, to ask if Paul was wrong about women being saved in childbirth, or if we do not yet “understand it as [we] ought.”

It is also important for feminist hermeneutics to aid us in avoiding the consequence of a “bad” prejudice in erasing harm, and this is where the feminist hermeneutic of remembrance enters. Trible defines a hermeneutic of remembrance as a means of retelling “stories in memoriam, affirming sympathetic readings of abused women.” This emphasis on remembrance can also be drawn on to “look behind the stories about men’s experiences of God to unveil women’s experience in the unrecorded silence.” A hermeneutic of remembrance is therefore two-fold because it is a dialogic encounter with the texts. Feminist interpreters can find meaning in the text as they identify with and feel sympathy for the women of the Bible, and we can draw upon our experiences of being silenced and our awareness of the historical silencing of women to see the women who have been rendered voiceless by biblical—largely, if not totally male—authors. Women like Trible and Clifford are drawing upon reader-response theory, which they admit to, but I believe that even this hermeneutic of remembrance can be a part of our prejudices without it becoming a re-creation or re-interpretation.

I believe this is possible because to be human is to be hermeneutical. We are creatures of firelight and story. If biblical stories are to do anything, they are first to function as memorials. Part of the implicit purpose of recording anything is to ensure that the stories will be remembered and preserved. As feminist interpreters, we ensure that it is not just men’s stories that we remember, but women’s stories—and the stories of men who were not powerful, who did not rate as important enough to include. We are to remember that just because a woman was not mentioned does not mean that she was not present, and we ask how her presence might have affected the outcome. Sometimes this form of remembrance is preserved for us intentionally. In the story of Jepthah’s daughter, the only conclusion of any sort offered by the text is that Israel’s daughters created an annual memorial to her. Feminist scholars have pointed out that the Hebrew—so often overlooked by male theologians and translators—makes it clear that Jepthah’s daughter was the crux of this remembrance: not her death, not her father’s foolhardy promise, but herself and her life.

A feminist vision for hermeneutics begins in our presuppositions, our biases, our pre-understandings, our prejudices. Instead of attempting to eliminate any form of prejudice in order to become “objective,” as some hermeneutical scholars have advocated, feminist hermeneutics asks us to be prejudiced for women in order to overcome our unconscious patriarchal biases. We should be suspicious of all the ways women have been harmed in history and in theological applications and to remember all the women whose lives have been erased from the text and from our interpretations of the text.