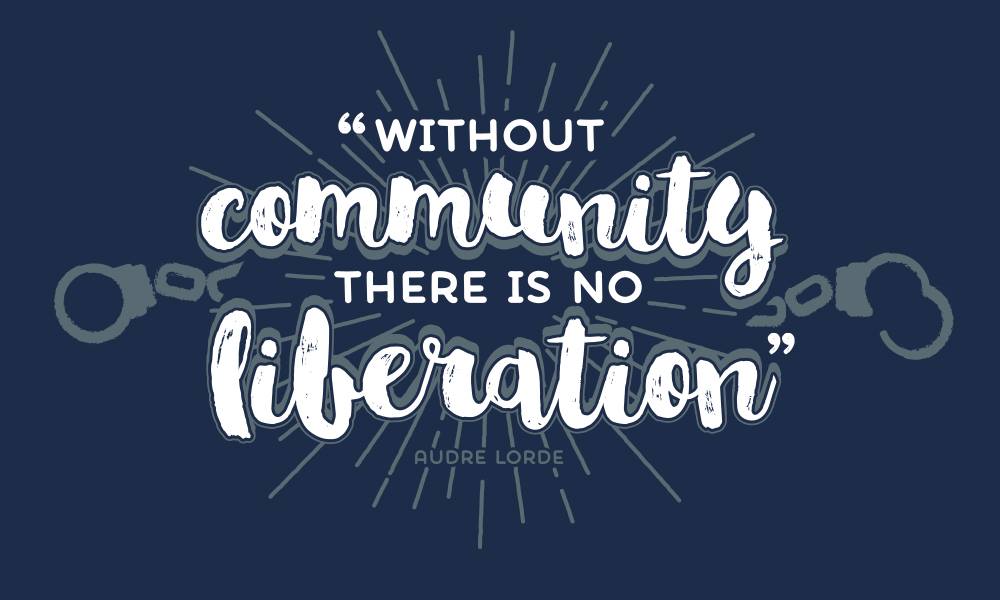 I didn’t understand repentance until I became a liberal.

I’d been raised a Christian, had heard sermons calling for me to repent of my sin every other week, but until I’d abandoned conservatism I never grasped the grotesque beauty and compelling horror of true repentance.

As a child and teenager I thought of repentance in strictly personal, and individual, terms– and mostly in the context of that first salvific event when I was eleven. I’d been really sorry for my sin, for all the times I’d gotten mad at my sister or disobeyed my parents, and that was that, honestly. Oh, I’d continue to be haunted for all the other sins I’d commit for the next fifteen years, but it was all so self-centered. There was some obligatory guilt about hurting people’s feelings, of course, but any time I “repented” it was to assure myself I wasn’t going to burn in hell because Jesus had already forgiven me, or I was trying to make sure I woudln’t be struck down when I took communion.

I viewed sin and repentance this way because individualism is at the heart of conservative evangelicalism. They have a personal relationship with Jesus, not a silly communal religion. They believe in personal responsibility. They eschew concepts like “it takes a village” and– where I grew up– heaped disdain on other cultures that prioritized community over the needs of the individual. This bleeds into the political of course, birthing ideas like “pulling yourself up by your bootstraps” and “the self-made man.”

This is one of the ways I believe that evangelicalism is culturally American more than it is culturally Christian. My country is thoroughly saturated by the notion that we individually contribute to societies, that we have individual rights and freedoms. Conversely, most of us believe to our core that things like racism, misogyny, and homophobia are individual problems. If someone cracks a racist joke, no one needs to bother correcting him, because being racist is his problem, not theirs.

Which is why I didn’t truly understand what repentance means until I became a liberal and started reading things by people like Audre Lorde and bell hooks. When I encountered “without justice there can be no love” and “without community there is no liberation,” it finally clicked. I am a member of a system. That system is built on white supremacy and misogyny, and it’s not self-perpetuating. It’s continued by us communally, subconsciously, unconsciously, and actively participating in it. It’s the water we swim in.

It’s hard fighting this current. But every moment when we’re not fighting it, when we let that joke or comment slide, or when we hold onto our purses just a little bit tighter, or when we frown in disapproval at the “urban” teenager … we embrace the whole abusive system that keeps us all in place. For many of us, that system is capable of giving us power when we capitulate to it. I could embrace ageism and start babbling about those entitled millennials who don’t have a decent work ethic– I’d be amply rewarded for it with articles in GQ. I could write long screeds against feminism and be hailed a hero on Return of the Kings. I could start lecturing on complementarianism and be welcomed by John Piper with open arms. I could send out a racist tweet and get “FINALLY someone says it” from a few hundred people.

That is what we have to repent of. We must “turn from evil, and turn to do good.” We must repent of our lust for power, control, stability, and earthly rewards. And, we must do it together. I can fight against systemic injustice individually– as we all should– but one voice crying in the wilderness can only accomplish so much.

All through the Old Testament the prophets called for Israel and Judah– as nations— to repent. The prophets profoundly understood something we’ve lost. They knew that while there are a few righteous men scattered about the countryside, sin is a matter of culture as much as it is a matter of the heart. Greed lives in the bellies of all of us, as does the desire to feel like we earned the power and position we have, that we have a right to it. The prophets knew better, and tried to tell us so. And Paul tried to tell us again:

As for you, you were dead in your transgressions and sins, in which you used to live when you followed the ways of this world and of the ruler of the kingdom of the air, the spirit who is now at work in those who are disobedient. All of us also lived among them at one time, gratifying the cravings of our flesh and following its desires and thoughts …

And God raised us up with Christ and seated us with him in the heavenly realms in Christ Jesus, in order that in the coming ages he might show the incomparable riches of his grace, expressed in his kindness to us in Christ Jesus … For we are God’s handiwork, created in Christ Jesus to do good works, which God prepared in advance for us to do …

But, I think, that communal repentance might be too much for many of our churches. I could not even begin to imagine the pastor of my last traditional church leading us in a congregation-wide confession of our sins. We built and sustain the beast together, but saying the words:

“We repent of the violence against women we have caused with our words, beliefs, and inaction”

… seems incomprehensible for any of the churches I’ve attended.

Artwork by Dani Kelley (<– pssst, you can buy today’s header on a shirt!)