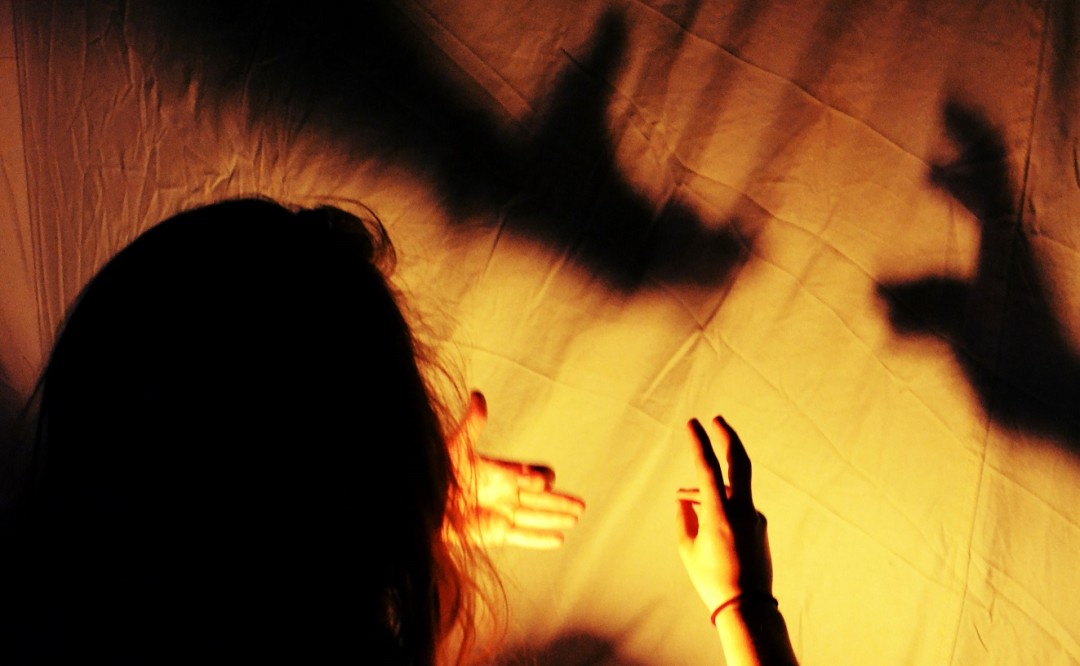 Over the past few days, the Council on Biblical Manhood and Womanhood held their annual conference, which was titled “The Beauty of Complementarity” this year. I knew it was happening sometime soon, and yesterday some of the people I follow on Twitter started using the #CBMW16 hashtag, or responding to people who were. If you’d like to read some excellent commentary, I highly suggest looking up @miheekimkort and @BroderickGreer. Yesterday, inspired by others using the #CBMW16 tag, I took the opportunity to voice a concept that I’ll probably be shouting about until complementarianism is dead and buried:

Complementarianism is abusive. Removing a woman’s right to self-determination is abuse.

I am currently writing a book that lays out my comprehensive argument on why I’m convinced that complementarianism is an abusive theological model for relationships, but something that I probably won’t cover in too much detail in the book is a pattern I’ve picked up on. If you’ve been with me for the past few years, you’ve seen me do extended reviews on Fascinating Womanhood by Helen Andelin, Captivating by John and Stasi Eldredge, Real Marriage by Mark and Grace Driscoll, and Lies Women Believe by Nancy Leigh DeMoss.

As I’ve read each of these books, all of which purportedly give women advice on how to be a proper woman and/or wife, I’ve realized they all argue for the same basic relationship “style.” Helen Andelin is the most direct about it, but the same principles exist in each of these books– and I suspect they’d be present in any book on marriage written from a complementarian perspective.

In short, their advice can be summed up in this: wives are supposed to be cautious.

At some point in all of the books I’ve reviewed, Helen, Stasi, Grace, and Nancy tell women that they are not permitted to have open, honest, and direct communication with their husband. Instead, each of them deliberately tell us to be passive-agressive or manipulative. The words they’ve used for this have been “alluring” or “cunning”– there’s this understanding that we have to “handle” our husbands.

Their explanation for why we can’t just come straight out with our problems and concerns is based on how men will (supposedly) inevitably react to being confronted by a mere woman. Helen repeats all through Fascinating Womanhood that a wife should expect “rage” and “violence” if she were to ever contradict her husband or question his decision-making abilities. Stasi emphasizes how men can’t be forthrightly challenged because that would be “emasculating.” In fact, she blames a woman for her physically abusive marriage because she supposedly “emasculated” her husband by trying to communicate with him. Mark and Grace Driscoll blame Molly Wesley for John making her “black and blue” because she confronted him over what she felt were emotional affairs.

These are some of the biggest names in complementarianism and “Christian living” books. These are men and women talking about how they themselves think the typical complementarian marriage can– and should– function, and it’s plainly abusive. The advice they are giving to complementarian women are survival tactics for abusive marriages.

Helen, Stasi, Grace, and Nancy agree with abusers. They think that a healthy marriage is attainable if only the victim could avoid making her husband angry. So they write an endless list of books and articles and blog posts, and host their annual conferences, and preach their sermons, all telling women how to try to survive their abuser. Be more submissive. Be more compliant. Be more obedient. Be more sympathetic to his needs. Be more gentle. Be more quiet. Be more accepting. Be the perfect homemaker. Be a flawless mother.

Blame yourself for the abuse.

Each of these books is, ultimately, an attempt to convince women that all men are inherently abusers. They are trying to convince us that at the core of manhood is violence and rage and a bloodthirsty need for dominance and control. If only we women can recognize that an abusive marriage is unavoidable, then we can get on with the business of shouldering the responsibility for the emotional or physical violence all of our husbands will inflict on us. But not if we do what they say. Not if we’re gentle and lovely and submissive. Not if we give up on our own thoughts and wants and dreams and sense of self.

These are all things that people in abusive relationships try to do. When I was engaged to my abuser and rapist, I did all of these things. I read books like Me, Obey Him? and Lies Women Believe and I ate it all up because it reflected what I was experiencing. He was emotionally abusing me, he was coercive, he was sexually abusing me, raping me, and over and over again he would tell me that it I was to blame, that everything he ever did was all my fault. For years I believed him, and these books all told me the same thing he did: if I did what he (and they) said, then he wouldn’t hurt me anymore. The abuse would end. Ultimately I believed I failed, because when he broke our engagement he told me it was because I “hadn’t been submissive enough.”

All marriage-advice books written from a complementarian perspective tell wives the same exact things that abusers do: the abuse is your fault, and if only you abided by my ever-moving goal posts, it would stop.