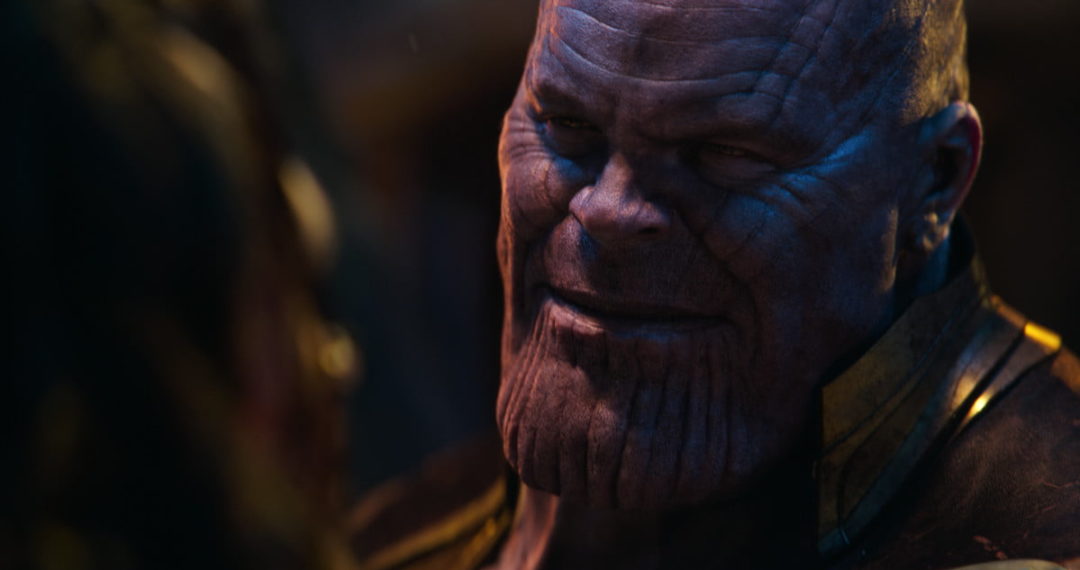 I saw Avengers: Infinity War a few weeks ago and have been ruminating on it ever since. I enjoyed watching it and am doubly excited now for Captain Marvel after what we saw on Fury’s souped-up space pager. There were a few elements that frustrated me a touch – you can’t love someone and murder them at the same time, whoever designed the Soul Stone “test” is obviously a monster—but on the whole I … liked it. I think. If I still like it next summer will depend a lot on what they do with the Snapture in Avengers 4.

I abandoned all pretense of separating the “secular” and the “sacred” back in my undergraduate days, and in the last couple of years I’ve become intentional about blending pop culture into my theological conversations. Lord of the Rings, A Wrinkle in Time, Wheel of Time, Mistborn … they’ve all given me tools and metaphors to chew on theological ideas.

When I saw Black Panther in February, I talked the ear off of anyone who would listen about the resurrection motif the film uses and how it relates to Black liberation theology, especially how Kelly Brown Douglas articulated the meaning of the Resurrection in Stand Your Ground: Black Bodies and the Justice of God. What Black Panther had to say about resurrection was beautiful and incredibly meaningful, and I thought about it a lot over the Easter season. What if my Christian understanding of Christ’s resurrection looked more like what we saw in Black Panther, and less like what I’ve been handed by a European tradition enmeshed in misogyny and white supremacy?

But back to Infinity War and theology. Last week, a good friend of mine shared a meme that reads:

“For Thanos so loved the universe that he sacrificed his only daughter to save half of the universe.” ~ Avengers 3:16

It made me stop in my tracks with how piercingly accurate it is, and how thoroughly it eviscerates the common evangelical approach to understanding the Cross. I abandoned penal substitionary atonement theory years ago, and the reasons why are encapsulated almost perfectly in that meme.

Thanos is the villain of Avengers: Infinity War, one of the biggest “Big Bads” in Marvel comic history; he’s the despicable monster every single franchise in the MCU has been preparing us for. I’ve been curious to see how the MCU was going to adapt Thanos’ story ever since the “to challenge them is to court death” line from the mid-credits Avengers scene. Infinity War finally gave us the full explanation: Thanos is on a mission to save the world—he “kills and tortures and calls it mercy,” as Gamora put it. He goes from planet to planet, slaughtering half of its population and decimating its infrastructure, because he believes that every single sentient species in the galaxy is destined to annihilate itself by draining a finite set of resources. That’s taking too long, though, so he finds an faster way: get all the Infinity Stones so that he can eliminate half of the universe’s resource-consuming population with a “snap” of his fingers.

In the film we learn that Gamora discovered the location of one of the Infinity Stones, and Thanos … persuades … her to tell him where it is. Once they get to that planet, Thanos is told by a ghost-like figure that he has to sacrifice what he loves most in order to acquire the Soul Stone. Long story short, he throws Gamora over a cliff but feels really bad about it. It’s just the sacrifice he has to make to save the world.

That’s what penal substitionary atonement theory is. That’s what most American Christians believe about the Cross—their belief systems casts God in the same villainous role as Thanos.

In penal substitutionary atonement theory, all sentient species – in evangelicalism’s case, homo sapiens—are destined not for mere annihilation, but for eternal conscious torment. This is the only possible outcome for the decision two people made in our ancient history—God told our precursors what would happen if they consumed a certain resource, but they did it anyway. According to many Christians, God doomed us all to an eternity of conscious torment because of the sin we’ve inherited from Adam.

There’s an echo of that in Infinity War—Thanos shows a sub-set of the Avengers what his home planet, Titan, looked like when it was a paradise, like Eden. He warned his people of what would happen if their lust for the “fruit” of unrestrained consumption went unchecked—they would “certainly die”—and he was right. Titan ignored him, and his paradise was destroyed. He believes this will happen everywhere, on every planet … unless he saves them by electing some to survive in a New Paradise that he creates. He’s even more merciful than the American evangelical god if you think about it—he’s going to save half of everyone in the universe. American evangelical theology teaches that “straight is the gate, and narrow is the way, and few there be that find it.” The number of earth’s population who have ever been saved from the flames of Hell is far less than half.

There’s a gaping hole in both Thanos’ plan and penal substitionary atonement theory. Thanos and God are predestining everyone in the universe to death—or worse, eternal conscious torment, being tortured forever in a lake of fire—when with all their power they could choose another option if they wanted to. With all the Stones in the Gauntlet, granting Thanos the ability to shape the entire universe however he sees fit, he could double the universe’s resources. He could give every planet a renewable energy source capable of meeting any conceivable need. He holds the power and life and death in his hands, and he’s deliberately choosing death.

In evangelicalism, Jesus’s death on the Cross is framed as the greatest act of love and sacrifice that has ever occurred in the history of the universe. Without Jesus dying for our sins, God would supposedly be forced to let everyone burn forever.

I’m sure Thanos felt the same way about throwing Gamora over a cliff.