I am hoping that, in the future, I will be able to do more than one chapter at a time. For health reasons, though, I have to limit myself to just one for today.

The most cursory and briefest of glances through my “Inaccuracies” section reveals a fundamental problem with World History and Cultures: in order for it to be internally consistent and to stay true to its claim that their fundamentalist interpretation of the Bible is historically, literally accurate, they are required to lie. They cannot tell students the truth about almost anything regarding the ancient world– to be honest, they’d be forced to acknowledge either that a) their interpretation and application of the Bible is flawed or b) the Bible is not accurate.

The chapter launches with a huge whopper of a lie: the “Rise of Sumerian civilization” was in 2300 BC– a full two thousand, two hundred years too late. However, they’ve already stated that the earth was created around 4,000 BC, which is five hundred years after the beginnings of Sumer.

They also have to assume that the Garden of Eden was a physical, historically real place and that it was located in Middle East. From there, Noah had to have landed in Turkey, and his descendants had to have traveled down the rivers to Mesopotamia and spread their culture from there. The fact that calendars, languages, schools, and technologies all arose independently in multiple cultures around the world proves that their understanding of history is not possible … so they have to lie. They have to deliberately mislead their students into believing that Sumer and only Sumer was the first to achieve lunar calendars, the wheel, schools, etc.

That they are willing to do this, and to go to this extent– 10 falsehoods in a single chapter, more than one lie per page– is disturbing.

In the section where they discuss the Sumerian government, they claim that Sumer was a “primitive democracy,” and then use Samuel Kramer to argue that power was in the hands of “free citizens,” that decisions affecting the entire city were made collectively. In the next paragraph, they say that “it became necessary for the city-states to adopt a strong, monarchial [sic] form of government” (19).

Untangling this actually took some digging, but first I want to point to the logic chain here. When Sumer “faced internal dissension and external threats,” a strong monarchy “became necessary.” To break it down: civil unrest and threats to national security make “strong” leaders– kings, tyrants, dictators– both necessary and, from the surrounding context, a good thing.

Again, I’m looking around at my country right now and thinking well that explains a lot. These authors aren’t just relaying history, they’re teaching a philosophy of government that bends toward authoritarianism.

There’s also a second thing happening here that isn’t immediately visible– you have to go fact-checking to discover this. They use the term “primitive democracy” to describe early Sumerian government. However, the “free citizens” who had political power in the first cities? They were they men who controlled the military power. They were the men with access to weapons and and who led fighting units. I won’t deny it makes sense that those sorts of men would control the political power in an early culture like Sumer, but it is interesting that WHAC describes this system as a democracy and not the “primitive oligarchy” it actually was. Not every person residing in the city-state had a political voice, and the authors think that this is enough to call a system a democracy.

No wonder they have no qualms oppressing voters, gerrymandering, or denying suffrage to whole classes of people. They think “democracy” and “oligarchy” are the same thing.

One of the main goals of this chapter is to teach that civilizations are only civilizations when they look and act like European civilizations. They give a definition of civilization that students are asked to write down verbatim several times in the section and chapter reviews:

A civilization comes into being when a people’s culture begins to include a specialized division of labor, a written language, a written code of laws, an organized form of civil government, and the developement of arts and sciences. Before any of these developments can take place, however, there must be a mastery over the food supply. All civilizations begin with the development of effective agricultural techniques. (17)

Lots of scholars argue that only one of these is necessary: writing and keeping written records. Some add other components, like social stratification or architecture. Abeka’s sticking point is “mastery over the food supply,” and they describe Sumer’s crop irrigation system at length. It’s not enough for WHAC that large groups of people can feed themselves, they have to do it in a particular way. That way looks like irrigated fields and the steady planting and harvesting of crops. It doesn’t include, for example, the way many Native American tribes practiced forestry before the arrival of European colonizers. North America wasn’t an “untamed wilderness” before the arrival of the colonizers; it just didn’t look suitably “mastered” to white people.

Abeka’s whole concept of “civilization” is deliberately exclusive, and it will be important to identify exactly who they’re excluding and why.

I didn’t identify any changes in the 3rd edition. The Fertile Crescent map in Since the Beginning is slightly more accurate; there is also more discussion of the evils of secular humanism in Sumerian culture than appears in the 10th grade version, as well as more focus on Abraham’s story.

*Some of these items are more recently discovered than the publication of World History and Cultures 2nd Edition, but have not been corrected in the latest edition.

I am on Patreon! Please consider supporting my work and becoming a Patron. 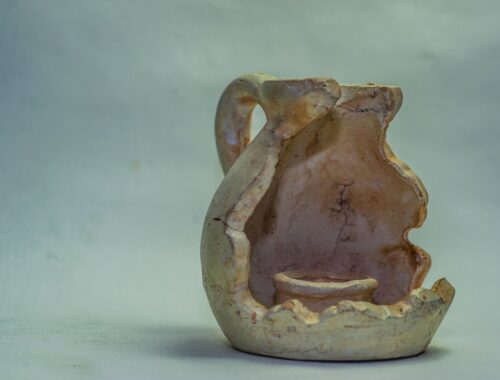 the best way out is through 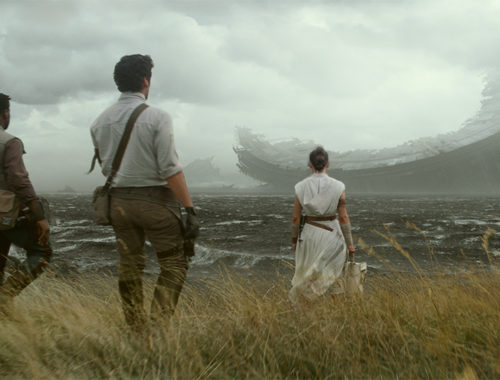 Star Wars on generational trauma and redemption: why Kylo shouldn’t be saved