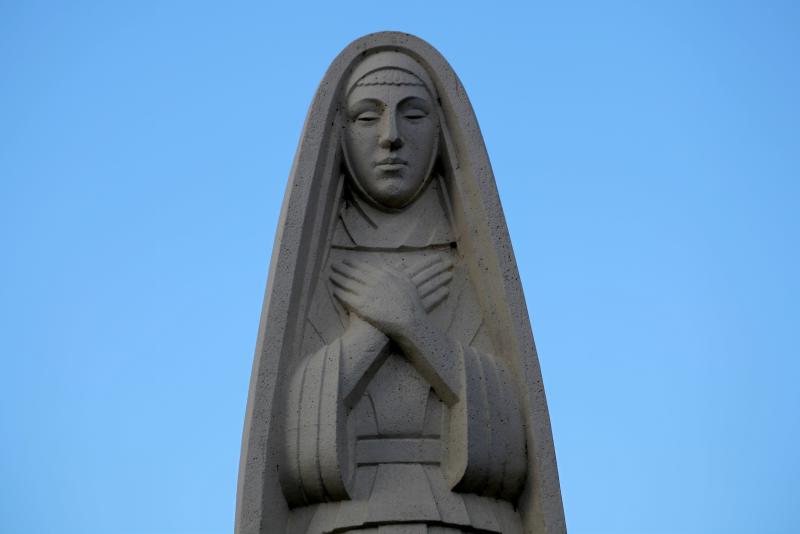 I don’t understand prayer. I don’t understand what it is, or what it’s supposed to do, well, theologically. The traditional understanding of prayer that I was given as a child and young adult doesn’t make sense to me any longer. I was taught that prayer is a combination of a) something we’re supposed to do for God just because, b) a conversation where two people get to know one another, and c) the means we have for asking our deity for things.

None of those ideas work in the same way for me anymore. The idea that God requires us to worship Them in specific ways like prayer or church attendance screams social construct to me– and again, not because social constructs aren’t important or “real,” but because I’ve come to think that Christianity is not the only way of understanding the Divine. It’s the faith system I’ve chosen, but that doesn’t make it The Only True Religion. My religion uses a specific form of prayer as part of our worship, but that’s not nearly as concrete to me as it once was. I can worship God in a variety of ways, and the primary form I’ve chosen to do that is love their sheep.

Reason #2 illuminates one of the ways I’ve always been a skeptic: even as a child the idea that prayer was “getting to know Jesus by talking to him” seemed an incredibly bogus claim. First, a conversation requires two active participants and no one was claiming that Jesus swung by for afternoon tea to chat about the weather. Second, I clearly wasn’t “getting to know Jesus” and if God already knows me the way an omniscient being would, then prayer wasn’t a means for God to know me, either. I’ve never been able to think of prayer as having a conversation with God. Maybe I talked and they listened, but that felt … frustrating. Even therapists don’t spend 100% of their time in silence listening to me talk.

What seems to be the primary function and utility of prayer for the vast majority of American Christians is to ask God for things, and that’s the biggest part I struggle with. Even Jesus’ model for prayer includes this: give us this day our daily bread is pretty clearly a request. This aspect of prayer has created theological problems for Christians for millennia because they’ve struggled to comfortably answer “why didn’t God answer my prayer?” People aren’t saved from sickness or poverty or abuse or battle all of the time, and this flies in the face of biblical promises. Jesus in Matthew 7 seems pretty blunt: “Ask, and it will be given you.” Obviously this doesn’t happen, so either Jesus has been widely misinterpreted there or he was wrong/misrepresented.

I’ve read a lot of books trying to get answers to these questions. C.S. Lewis’s Letters to Malcolm: Chiefly on Prayer was not as helpful as I was hoping, and while Gregory Boyd’s Benefit of the Doubt helped me articulate a lot of the problems I was having with the typical articulation of prayer and faith, it didn’t really settle any questions on what prayer is.

One answer that has been somewhat satisfying is the idea that prayer in Christianity was intended to function a bit like meditation in other religions. There’s a long Christian tradition of contemplative prayer, or lectio divina, as well as forms like centering prayer advocated by Thomas Merton. I think it’s possible that humans need some practice like this in our lives, physically and emotionally. Stress can cause so many health problems, and taking some time to de-stress, whatever that looks like for us, seems important. Prayer being a religious practice is significant to me: people thought taking the time to meditate, to sit in the silences and just be, so important that they made it a part of the Christian religion. It all sort of got hijacked, though, and then American religious conservatives threw in a heavy dose of yellow-peril racism (“meditation is inviting demons to possess you”) so now it’s harder to have conversations about these historic forms of prayer without people getting panicky about “Eastern Mysticism.”

In spite of all that, I and some of my colleagues have openly embraced the idea of prayer-as-meditation and have replaced “prayer time” in our “devotionals” with meditation apps. I spend a lot of time studying the Bible and theology, and I spend some time contemplating or meditating. I’m learning to enjoy the act of quietness, and hopefully it’s something I’ll be able to continue in September once my life gets hectic again. I don’t have solitary “prayer” anymore, and I think my life is better for it.

The one truly valuable thing I have discovered about prayer recently is in its communal aspects. I meet with a small group/book club every week, and we still formally share prayer requests at the beginning of our discussions. For a while I was doing it simply out of habit– we’re Christians sitting in a circle getting together to talk about a religious book, of course we’re going to take prayer requests. Over time, though, I realized that this action was doing something incredibly important.

For 15-30 minutes every week, everyone gets to share what’s on their mind and heart with a group of people whose only job is to listen. It’s not a problem solving session, and while common experiences and advice might get shared that’s often absent or not the point. The entire point is that a person gets to share what they care about, or what troubles them without interruption– and they’re doing it in the context of the belief that this moment of vulnerability is sacred. Each week, I’m asking them to care about what I care about, and the response is always unanimous: yes, we care. Yes, we will listen for as long as you need. Yes, we will bring this to God. You’re important, you matter, and not just in a metaphorical sense. We will purposely set aside time and space to listen to your heart.

That’s a pretty incredible thing we’re doing, and it occurred to me that we don’t often see it occur naturally in other sorts of interactions. Usually the closest thing only happens with intimate friends or family, people that we trust quite a bit. But in the context of sharing prayer requests, there’s a formal method we all follow, and it’s been culturally ingrained into a lot of us. Create a sacred time and space for people to talk, and others to offer comfort. My small group is intentional about it, and there are a few rules in place to help prevent some of the abuses we’ve all experienced through “prayer time” at other churches. Nothing ever gets shared or talked about outside the group without express permission, and anything that gets shared in that time will never be weaponized against us later. We’ve acknowledged that what we do can only be done in trust, and we literally hold that trust as sacred.