thoughts on my first week in seminary

I’ve spent the last week traveling– Mineeapolis, then Ann Arbor, then Lansing, back to Ann Arbor, and home again– and I had homework today, so no Redeeming Love review this week. I figured that instead I could let you all know what my first impressions of seminary are so far. First, a shout-out to Emmy Kegler who was a magnificent hostess for my stop in Minneapolis. I stayed in the attic of the most adorable bungalow ever, was cuddled by a floppy-eared cuteness puppy brigade named Gertrude and Hildegarde, and drank tea out of a Mario-themed mug. It was a good visit.

Very first thought on seeing campus: am I in the right place? This does not look … open. It has a creepy empty ghost-town vibe. This is due to the fact that a large part of United’s campus is dedicated prairie space, filled with native plants allowed to grow abundantly and unchecked. They also have bee hives on campus, and have beekeeping courses open to the community. It makes the front end of campus look abandoned, but it’s actually a pretty cool thing they’re doing.

Second thought: I’m not the oldest person here, not by a long-shot. I was mildly nervous that starting seminary at 29 would put me seven years ahead of most of the students; while there are many who just graduated with their bachelor’s, there were plenty of others my age or older. However, that did cause me to mistake a professor for a student, which caused a conversation she was probably too polite to indicate she didn’t exactly follow.

Leading to my third observation: the professors are incredibly engaged with the students. I’ve heard a lot of speeches about how the faculty are there to foster student growth and learning, but I think this might be the first place where I was actually convinced that was true.

Another thing I was nervous about was chapel. My experiences with college chapels thus far has been … well, they’ve largely been coercive and manipulative from start to finish. I knew I was in a progressive place, but I still felt anxious and uncertain. When I walked in and the entire seating area was blocked off by caution tape, I wasn’t sure exactly what to do with that. The speaker used it as a metaphor for how seminary can be a “dangerous” space, and it felt downright odd for someone to use an image like that and mean something like “seminary can make you feel vulnerable and challenge beliefs you didn’t know you had” instead of “you’re going to be blasted and stomped on by THE SPIRIT OF CONVICTION.” He also used the phrase liminal space, and hearing something with mystical connotations to it used in a chapel context made my heart glow just a little bit.

I went to chapel twice, and we sang hymns and songs from all over the world. I wondered if singing a Bolivian hymn or singing in Arabic would make me feel out of place, but it didn’t. It was a really lovely reminder that my American culture isn’t the only way Christianity is experienced. There was even some dancing, and we played a few icebreaker games. It was the first time in three years when someone asked me “oh, what do you write about?” and I wasn’t nervous about answering them.

My hands-down favorite thing so far is the library, which I’m sure surprises exactly none of you. I’m used to general-interest libraries for counties or colleges, so a special-interest library like a seminary library is a completely new experience and I’m completely head over heels in love. I also didn’t realize how much I missed honest-to-goodness librarians. I was worried about having access to research materials since I’ll be doing almost all my work a thousand miles away– but he made it clear that if I need access to something I can get it. I can also check out books for the entire term, so I looked up all the projects and papers I’ll be doing this semester and checked out a lot of books and mailed them home to myself.

I spent the day carrying around a box full of books, and people would stop and ask why. As I explained about being a distance student and looking up all the project requirements the night before, at least three people made a Hermione comparison, which of course I didn’t mind a bit. I absolutely would have read Hogwarts: A History before I even got on the Express.

Because I’m so excited (and because they arrived today): here’s what I got:

I’ve done a few homework assignments and have more homework to do this afternoon– but I think I might be able to manage two courses ok. I’m used to graduate classes involving more work than what these two have assigned, but we’ll see what the future holds. Two of the papers are even the length of a blog post, so that works out great for me! 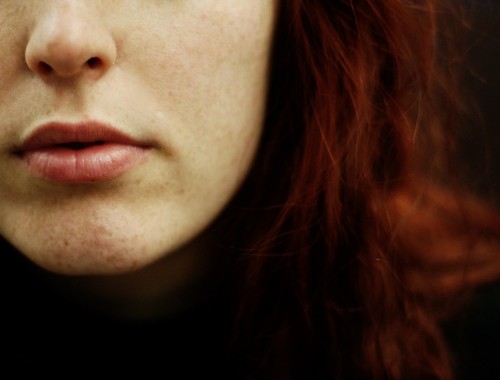