Lately I’ve been wrestling with the concept of ethics and what that means to me. What are my ethics? What should they be? It’s clear that my values have been shaped by a white supremacist, patriarchal culture, and maybe there are some things that I should examine more closely. Through all of this, one of the things that I’m becoming more convinced of is that there is a difference between the morals I can personally hold and ones that I believe should govern society in general.

For example, I believe that following Jesus means that I’m required to love my enemy, to do good to those who persecute me. However, that’s a standard that I have freely chosen– and I think it’s impossible to actually live out unless it is chosen. Loving one’s oppressor– even in the radical form of resistance I think it is — isn’t something that should be forced on someone as a universal moral imperative. In fact, I grew up in a culture where that was demanded of me, and they did so in order to further oppress and abuse me.

I don’t think Christians will ever be on the same page when it comes to ethics. The most glaring example of this is abortion: being pro-choice alone disqualifies me from being a moral person to a significant number of American Christians. However, I do think that there are some things that aren’t quite so fraught and intense, and that are a little more universally held among Christians, like they shall know us by how we love one another. Maybe we don’t all agree on what that practically looks like, but I think we all know we should be at least trying to demonstrate our love to the world so clearly that it’s noticeable and obvious.

But what do we do with the fact that we’re all human, and fallible?

The justification that I grew up with– and one that isn’t isolated to fundamentalism, but seems to be endemic to American evangelicalism– is that of course becoming a Christian doesn’t make you a better person. This is, hopefully, obvious. Christians are “just sinners saved by grace,” after all. We half-joke about how “no church is perfect, because all churches have people in them,” or “my ‘old man’ is alive and well today!”

Looking back, I don’t think any of the people I’ve known who have said these things were trying to excuse sinful behavior from Christians. They weren’t trying to argue that because we’re “prone to wander” that we can do whatever we want and then receive “grace” and “forgiveness” for our actions. That’s not the point– we’re supposed to “become more like Christ.”

All of that doesn’t change the fact that when I comment on how my worst employers were Christians, inevitably someone comes along to quip about how “everyone is flawed” and we have to “forgive” them for it. This happens all of the time, in large and small ways. Over time I’ve noticed a pattern: Christians only seem to come out of the woodwork to order the rest of us to “forgive” when it’s a Christian who’s screwed up. The problem with this attitude is that I think the reaction should be the opposite: when a Christian is the one doing wrong, we should be coming out of the woodwork to make it right.

Shame and condemnation shouldn’t have a place in Christian culture. God didn’t send his Son to condemn the world, but to save it. If we’re to be like him, that should be were our priorities lie: in saving the world (of course, I have a slightly different definition of “saving the world” than most evangelical Christians). Swarming over someone and shrieking endlessly about their sin isn’t the ideal I’m striving for, but neither is removing the consequences for their actions.

Too often, getting defensive on other Christian’s behalf overtakes good judgment. Today, it seems like standing up to support Saeed Abedini and Josh Duggar is more important than anything else. Apparently, we can’t let a Christian even be criticized by the public for abusing his wife or molesting his sisters, because saying “yes, you’re right, that is wrong and their victims deserve justice,” would somehow tarnish Christianity’s reputation. We rush to to stand in solidarity with other Christians regardless of what they’ve done or the harm they’ve caused for no other reason than they supposedly share our religion.

Except, in our religion, one of God’s chief aims is justice. The characters in our sacred texts don’t get to escape consequences just because they’ve repented, and neither should we. Forgiveness shouldn’t exist in isolation, and forgiveness and absolution are not the same thing. Forgiveness without justice is meaningless.

For those who share my faith, it’s not unreasonable to expect better-than-average behavior, and it bothers me that Christian culture resists this so ferociously. Yes, we’re only human, but the whole point of following Jesus is to become as like him as we can possibly manage. Whenever one of us fails– sometimes publicly, sometimes catastrophically– we should deny the impulse to remind everyone that Christians aren’t really any better than other people. No, we aren’t, but we should be.

This dominant urge to defend monstrous acts and monstrous people is one of the reasons why I fight so hard to re-articulate the Christian religion to myself and others. In the last fifty years we’ve gotten caught up in this vision of Christianity as predominately being about avoiding Hell. “Being a Christian” means I will go to Heaven when I die, and not “I choose to follow the teachings of Jesus and to be like him.”

If all being a Christian means is that we’re not going to burn in Hell forever, then it could be a natural outworking for us to try to absolve every Christian of every wrongdoing, since that would be the basic premise of Christianity. After all, we all deserve eternal conscious torment, but we chose to accept God’s forgiveness and therefore get to spend eternity in paradise instead. If you’re going to reduce the beauty and entirety of Christian theology down to I won’t experience just punishment for my sin, then why not apply it to this vaporous existence?

I don’t think that being a Christian is about avoiding consequences, eternal or temporal. I think it means holding ourselves to the higher standard of following Christ.

how I learned to stop worrying and love listening 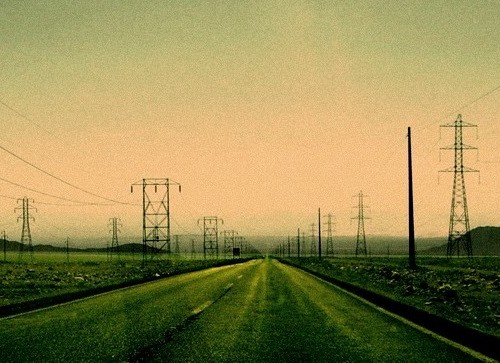