Well, folks, this is it: the last chapter review from Radical. Since it’s largely a summary chapter, it gives me the opportunity to talk about some things I haven’t had the space for earlier.

One of the first problems that this chapter amptly highlights is David’s tendency to present things as either/or dichotomies:

Meaning is found in community, not individualism; joy is found in generosity, not materialism; and truth is found in Christ, not universalism. (183)

Lastly, as a universalist, I staunchly reject the notion that I stand in opposition to Christ.

These things are not opposites. You don’t have to reject one to embrace the other. In part, David seems to have spent this book arguing that being “radical” is at least somewhat a rejection of nuance.

The rest of this chapter is an explanation for how the reader can live out a “radical experiment” over the course of a year, and he gives us five things to do that “guarantee[s] that if you complete this experiment, you will possess an insatiable desire to spend the rest of your life in radical abandonment to Christ for his glory in all the world” (184). These five steps are:

One problem, David: I spent the bulk of my teenage years doing all of that, and the only thing I learned to do was be heartily sick of all of it. I read my Bible through at least seven times in a variety of ways. I kept prayer cards in my Bible cover and prayed for a half-dozen missionaries every day. Every Wednesday my entire church would literally get down on our knees to pray for every single missionary we supported across the globe. Every year I would commit to give sacrificially “in faith.” I spent several hours every single Thursday going door-knocking, and every few years we would have cycled through our entire city. I was devoted to a church, and then a college, with similar goals as David’s Brook Hills Church.

Turns out it was all a cult and not really good for much except being ridiculously good at Sword Drills. I certainly did not graduate from almost ten years of living out those five steps having an “insatiable desire” to live in “radical abandonment to Christ.” In fact, it had the exact opposite result: me, in general, saying fuck it, I’m done.

So. Try not to make promises you can’t keep, David?

I’ve commented before on David’s apparent readiness to ignore any aspect of Jesus’ sayings that don’t agree with him for the purposes of this book, but it happened again in this chapter. He uses the instructions Jesus gave to his apostles in Matthew 10– which even a first-year Bible college student could tell you might maybe not apply universally to the entire Church for all of time— in order to convince us that prayer supersedes action in any believer’s life (186-87). Supposedly, Matthew 10 overrules all the other instructions Jesus gave to the apostles at other points, like the times when prayer doesn’t enter into it (“do you love me? Feed my sheep”).

You can’t just take what’s convenient at the moment. Yes, at several points, Jesus emphasizes the need for us to pray, both in word and example– but the bulk of his life points to action as being at least slightly more important. And, in encouraging us all to view prayer as primary to a Christian’s life, David cites Evan Roberts and his prayers as having “precipitated a revival in Wales in which an estimated hundred thousand people came to faith in Christ in a matter of months” (190). Except I looked up Evan Roberts, and the man didn’t spend all his time in a broom closet with his hands folded. He was a preacher, and an effective speaker capable of drawing huge audiences. That’s not prayer; that’s charisma.

Another glaring problem with David’s perspective is that it borders on idolatry of the Bible:

Maybe I’m forgetting something, but I’m almost positive that God promised no such thing. Yes, they sent us their Word, but according to this “Book,” that Word is Jesus (John 1). Jesus transforms us. Following Jesus brings us into alignment with them. But only if we choose to act on what the Word illuminated for us: a radical life committed to love.

I also want to take a moment to highlight something that’s more an annoyance than anything else, and David is hardly the only one guilty of this. Jen Hatmaker did the same exact thing in Seven:

While yes, this is “true” after a fashion, these sorts of examples fail to take cost of living into account. If I made only $10k a year in my area, I’d be utterly destitute. I wouldn’t be able to afford rent, regular bills, and buying food regularly would be a serious concern. However, if I lived in Cambodia or Vietnam or Mexico and made $10k in American dollars, I’d be living it up. But, like I said, on the scale of things, this is merely annoying.

I think one of the larger problems woven throughout the entirety of Radical is David’s nearly overriding sense of white guilt, only translated onto a global scale. He dismisses the crises facing us here at home– how does one blithely use the $10k number without bothering to consider whether we here at home might be struggling with homelessness, even if we make that much? America, comparatively, is a wealthy nation, true– but that doesn’t mean we don’t face homelessnes and food insecurity, or point-blank food deserts. Many areas lack access to clean water, even. Collectively I think we’ve lost sight of that amid all our talk about “first world problems.”

In step #4, David encourages us to seek out “another context,” and pushes us toward contexts dominated by his idea of global poverty and ethnicity– an idea inculcated by his whiteness and economic status. Despite all the time he’s spent overseas, he has never let go of his tendency to see non-American peoples as the Other; he’s also never let go of the idea that he– and other middle-class white Americans like him– are “burdened with glorious purpose” and that brown and black people– who, because they’re not white and middle-class Americans– need us to fix them, their cultures, and their economies.

That position dismisses the disaster and harm white people have caused over the course of our many neo-colonialist attempts to assuage ourselves of guilt. Guess what? Black and brown people in Africa, Asia, and Latin America (since, apparently, no individual countries exist in David’s world) are perfectly capable of handling their own damn problems, and many of their problems would be best served by white people staying the hell out of their way. (Which, of course, is not to say that foreign aid and investments and the like are all ill-conceived efforts we should totally abandon. We just need to re-examine our ready acceptance that TOMS shoes are a good thing.)

In the end, there are a lot of things that David and I agree upon, especially our mutual desire to help people. However, if this review demonstrates anything, it’s that when someone ignores how their white, male, able-bodied heterosexual, American experience affects their interpretive bias, inevitably there will be concerns. 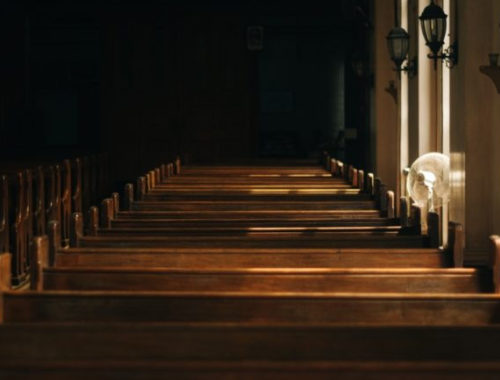 The Blessed Unrest: Black Theology and the Salvation of the White Church

the voices in my head are in my bible, too